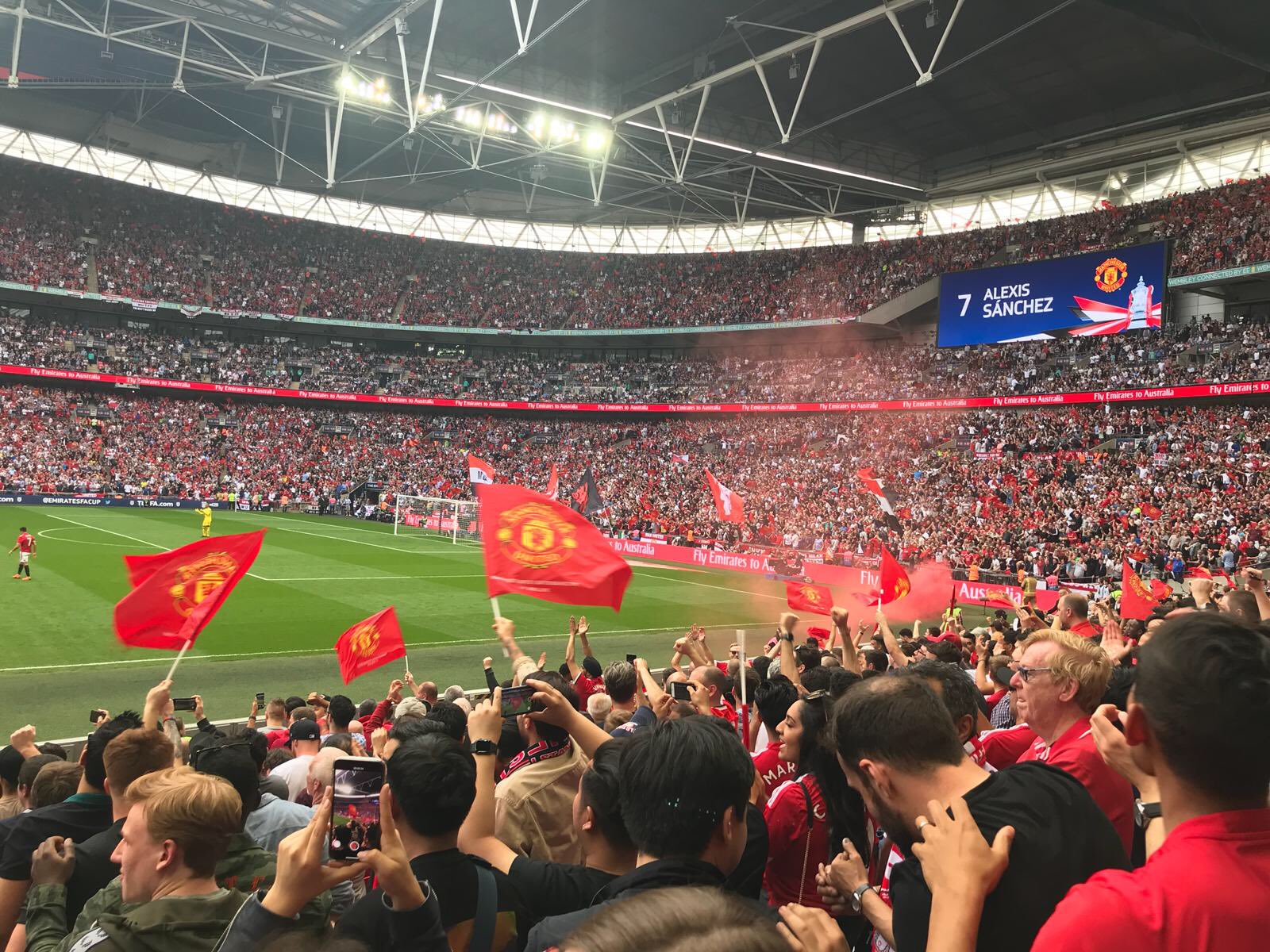 It was a good job Mauricio Pochettino got his excuses in early as Tottenham Hotspur crashed out of the FA Cup.

From the off Manchester United were asleep defensively and Spurs were able to advantage of that when Christian Eriken’s inviting cross found Dele Alli inside the box to open the scoring.

That made it an uphill climb for United, but they only had themselves to blame.

Without meaning to point blame at any one player, Ashley Young was abysmal from the start and early signs showed he was there for the taken. Eriksen spotted that weakness and Young was nowhere to be seen down the left flank as the Dane had enough time to send in five crosses.

If that was Luke Shaw he would have been substituted imminently.

But United did improve as the first half went on and showed that by pressing with intensity. Paul Pogba was guilty for strolling around the pitch in parts but delivered a beautiful ball for Alexis Sanchez to head home.

Jose Mourinho was becoming rather agitated on the touchline prior to United’s equaliser and it was easy to see why. United were giving away too many opportunities before the interval and one of those saw Spurs inches close as the ball hit the woodwork.

Spurs changed their approach at the beginning of the second half. They were a lot more patient and perhaps wary of United hitting them on the counter attack.

Still, the Reds caught Spurs on the hop when Ander Herrera arrived at the edge of the box to smash home. The Spaniard was out for some time with injury but his reintroduction to the team has been key to big wins of late.

Today provided more evidence that this side is better with Herrera than without.

United closed the game out well with some appreciated time wasting from Jesse Lingard, who strolled off the pitch whilst being substituted with eight minutes of normal time remaining.

Roll on the FA Cup final!