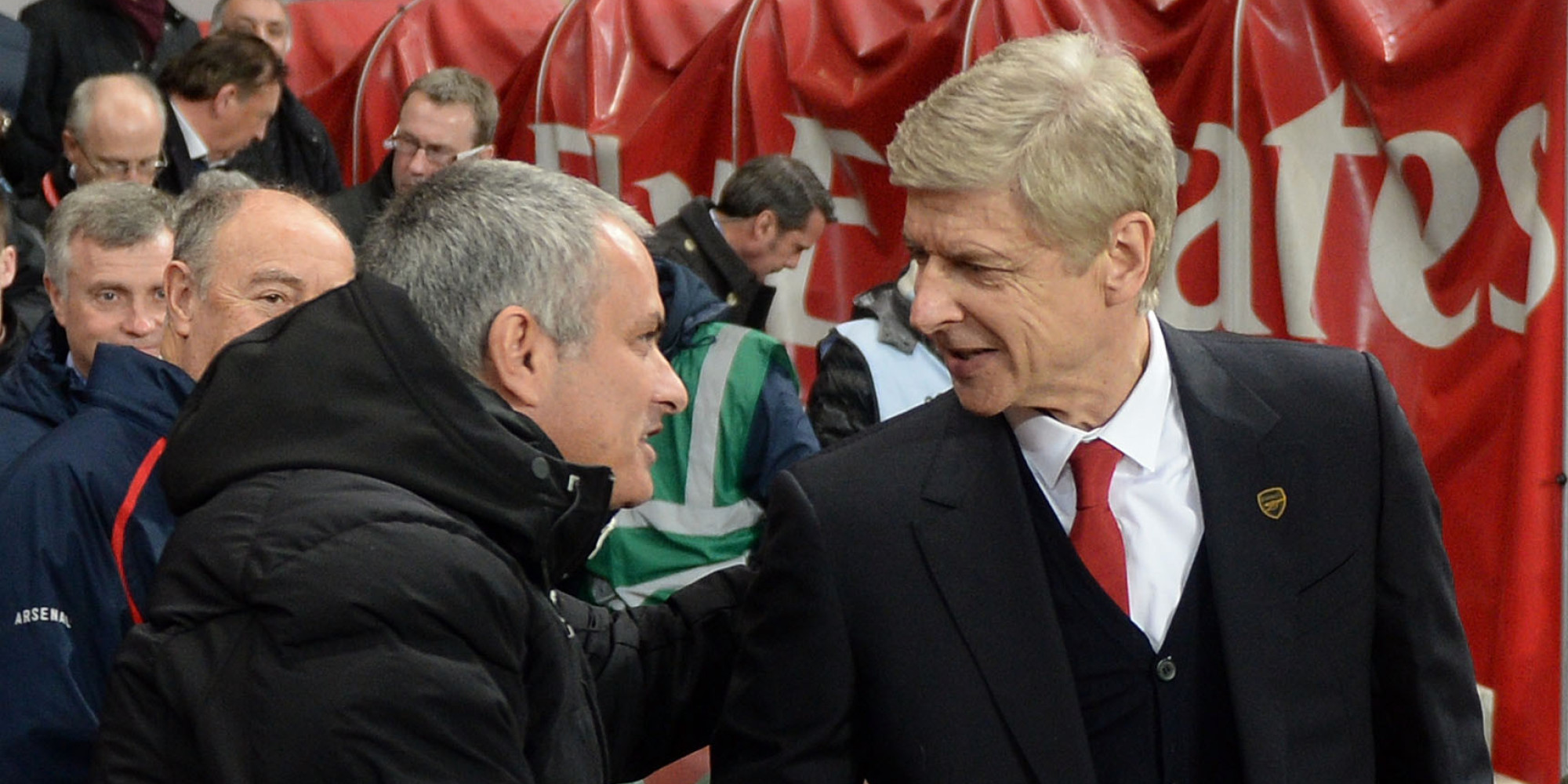 Manchester United manager Jose Mourinho says he hopes Arsene Wenger does not retire from football after paying tribute to his former rival.

“I hope he doesn’t retire from football.”

When Mourinho arrived at Chelsea in 2004, Wenger’s Arsenal had just won the Premier League without losing a game. The Gunners have not won a single title since.

Mourinho previously referred to Wenger as a “voyeur” for constantly talking about Chelsea, and the pair had shoved one another in the Stamford Bridge technical area in October 2014.

However, Mourinho isn’t the only Premier League manager to have bust ups with the departing Arenal manager. Sir Alex Ferguson was never shy of playing mind games or targeting the soft players in his squad during United-Arsenal match ups.

Asked if he regretted any of his conduct towards Wenger, Mourinho continued: “It’s not about regretting, I think your question is a typical question from somebody that was not in this side, you were not a manager, a player, of course you don’t know the way we respect each other even when sometimes it doesn’t look like we don’t, players that get yellow cards and red cards by aggressive actions against each other, bad words during the career, the manager is the same thing but the ones that respect more each other are the ones with the problems.

“It’s power and ambition and quality against each other but in the end it’s people from the same business and respect each others’ careers, so it happened, what matters for me is the way I respect the person, the professional, the career and I always say that for some the memory is short.

“I know what it means, three PL titles and seven FA Cups, what he did in Japan and France, what he brought to French football and what he gave to Arsenal in the period without PLs, the transition from stadium to stadium, we know what he did.

“If he’s happy with the decision, I’m really happy and I hope he doesn’t retire from football.”

Wenger will face United for the last time as Arsenal manager next week when the Gunners travel to Old Trafford. There has been many fantastic battles down the years between both teams, so, without question, an inch of respect should be shown but at the end of the day it’s important we take all three points.