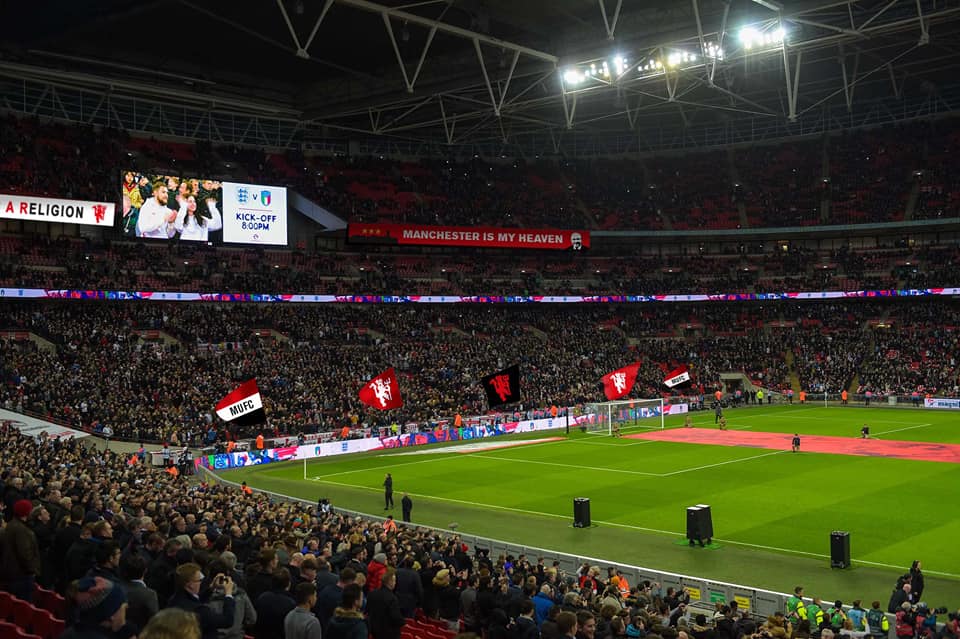 Stretford End Flags have revealed their plans for Manchester United fans to take over Wembley for Saturday’s FA Cup semi-final.

Fans have come together with United to ensure that our section has an old school atmosphere to inspire Jose Mourinho’s army.

As a result, each seat in the United end will have a red flag, provided by the club, and amongst them SEF have arranged 250 larger retro inspired flags for fans to use and keep.

They’ve even recreated banners from the Stretford End such as “FEAR” and “Manchester Is My Heaven” to be adorn in the United end as the players come out.

Fans can also take their own own flags as long as they measure less than 2.5×2.5m with poles no longer than 1m in height and 1cm diameter — wood or plastic.

If you’re going to Wembley tomorrow or know someone that is, make sure to pass on the relevant information. This is something I’d like to see more often at games. It looks great and gives the atmosphere a much needed boost.