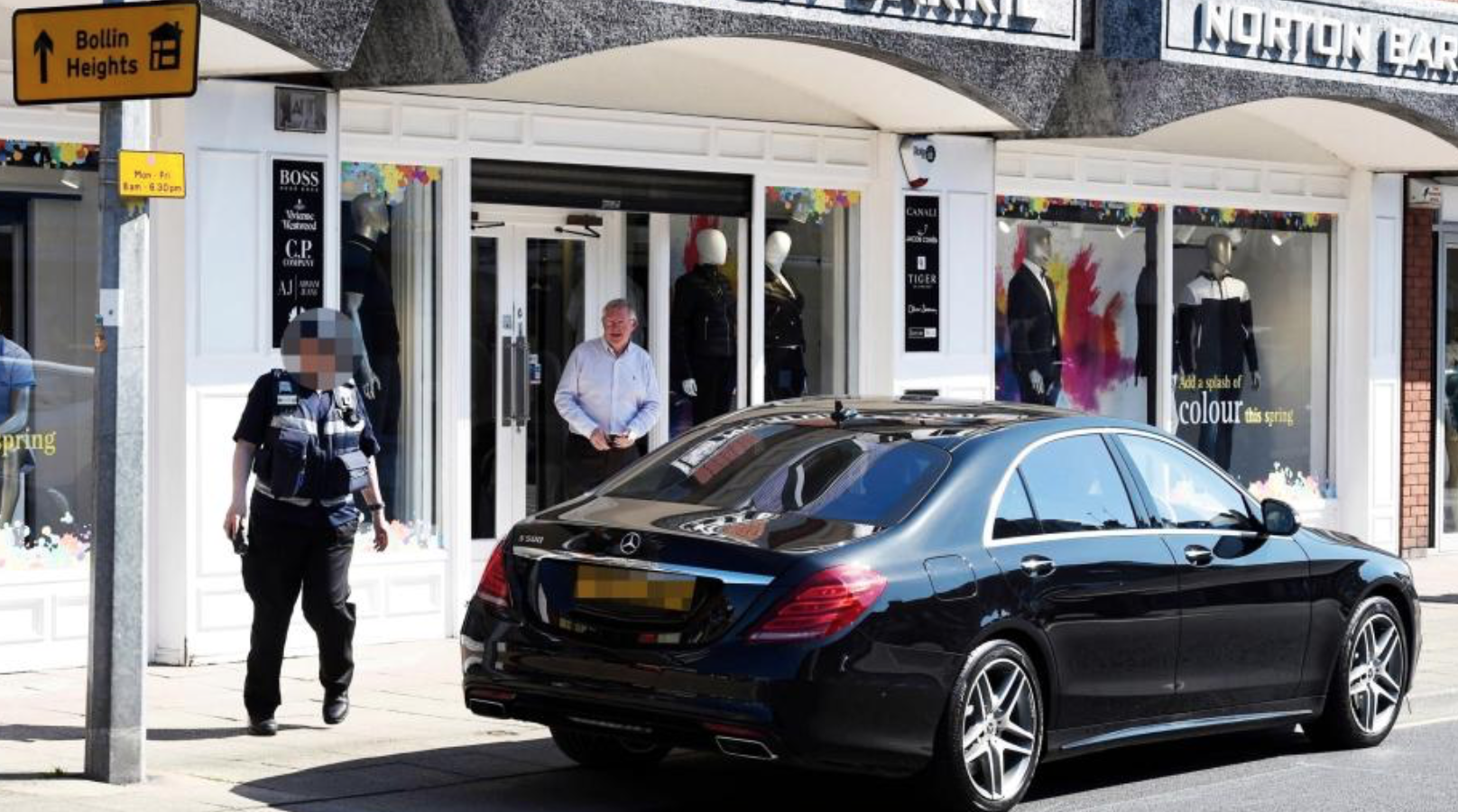 Sir Alex Ferguson saw a few minutes added on as a parking warden threatened to throw a fine in the way of his fancy Mercedes.

The former Manchester United boss was renowned for coming back late in games before pundits labelled additional time in his games as ‘Fergie Time’.

The Scot, 76, called upon Fergie Time when a parking warden approached his black Mercedes S500 as it was parked on a pavement in Wilmslow near Manchester.

All Ferguson could do was laugh at the parking warden, who was in the process of jotting down the details of his motor. It then appeared she let him off with the fine after noticing who he was – or maybe it was down to Fergie Time!

There are few United fans that would say no to Ferguson making a return today despite the progress we’re making under Jose Mourinho.

I wouldn’t like to be the parking warden to give Fergie a fine. Time to release the infamous hairdryer treatment.