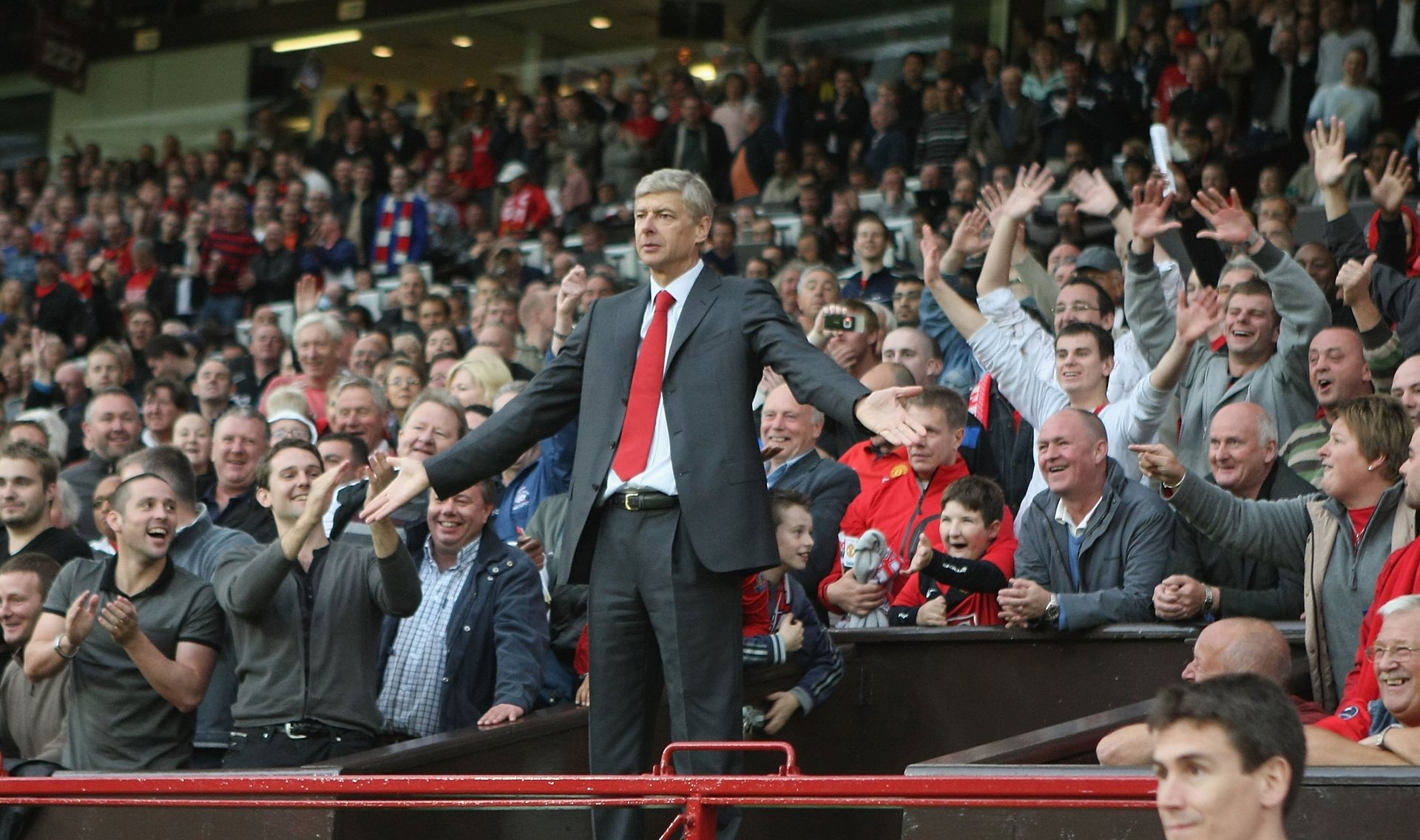 When you think of the most recent events involving Arsene Wenger and United, surely it would be him outstaying his welcome, taking Henrikh Mkhitaryan off our gleeful hands and the Arsenal-United games a damp squib compared to yester year.

Elaborating on that, what is easily forgotten, give him his due, is he was part of the most titanic games seen in Premier League history. You simply don’t get them like that these days. Battles all over the pitch, benches, in the tunnel, with silverware on the line. The Wenger-Ferguson rivalry was unparalleled and a joy to behold.

It would be remiss of us to not look back at some of Wenger’s best moments so here goes:

Viewed as his potential successor in the current day, Wenger would not have envisaged the damage Vieira would cause by giving the ball to Ryan Giggs on the Villa Park halfway line in ’99. Merry dancing the Arsenal defence and smashing the ball past a stunned David Seaman ensured, as did the Welshman’s unforgettable chest wig!

The Invincibles downed and pepperoni launched

United stopped that wonderful Arsenal team from chalking up a half century of unbeaten games when they fancied their chances at Old Trafford. Sol Campbell blatantly brought down Wayne Rooney for a penalty to be awarded. Ruud Van Nistelrooy exorcised previous penalty demons, and Martin ‘Gorilla’ Keown to put United in front. Rooney finished off an Alan Smith cross in stoppage time to seal the deal. In the tunnel, Cesc Fabregas opted for pizza over paella as his weapon of choice and hurled it at a subsequently enraged Ferguson. Nothing like celebrating victory than with Dominos.

Wenger was sent to the space above the Old Trafford benches after showing his disgust at a Nicklas Bendtner goal being chalked off as offside. His drenched leathers, at kicking a water bottle, and arms outstretched in front of the Bobby Charlton stand is an iconic image.

Three of the four ‘midfielders’ chosen by Ferguson in 2011 were the Da Silva twins and John O’Shea, the defence- Brown, Smalling, Vidic and Evra. And Arsenal still lost! All that a week after gifting the League Cup to Birmingham. Brilliant.

United started the 11/12 campaign in blistering fashion and were presented one of the worst Arsenal lineups ever selected for a Premier League match. With Carl Jenkinson and Armand Traore among the starters, was it any wonder? You know the one, United scored 8.

The two sides were at taller heights in 2008/9 as they tussled for a place in the Champions League final in Rome. Barcelona were the team in waiting. United edged the first leg thanks to John O’Shea, the second was far more convincing: Remembered for one of the best free-kicks and counter attacking goals, both scored by CR7 and a tragedy of a red card issued for a clean tackle by Darren Fletcher on Cesc Fabregas.

The gift of Robin Van Persie

Ferguson’s last piece of genius was to steal Wenger’s crème de la crème, which gave United the springboard to claim an unparalleled twentieth crown. Van Persie changed the dynamics of the title race, having had the option of joining rivals City too. The final piece of the jigsaw was obtained and his story is one of legend. Merci beaucoup, Arsene.

Seriously though, you have to admire what Wenger has achieved and appreciate how he changed the face of the English game. You don’t get his kind these days and I think he will genuinely be missed.

So really, thank you for the memories Mr Wenger. You were a very good adversary.