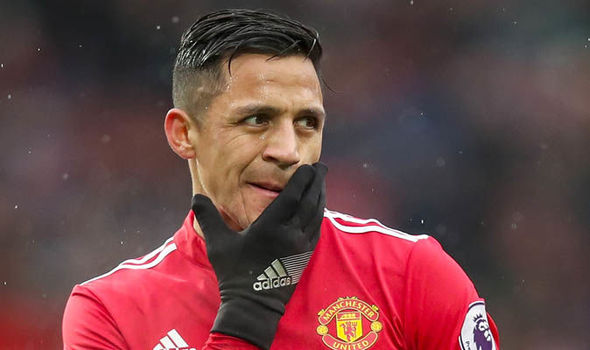 You can fully understand Jose Mourinho’s, and Manchester United’s for that matter, aversion towards buying players in the January transfer window when you assess Alexis Sanchez’s start in United colours.

For as much as he has threatened to explode against Swansea and in the second half at City, he has also faltered badly against Sevilla and West Brom. It has been an inauspicious start and has left United fans contemplating what life would be like with say Anthony Martial or Marcus Rashford on the left hand side.

United looked more penetrative and incisive, something Sanchez was supposed to sprinkle on this side, without him against Bournemouth, with the aforementioned flyers always posing a threat in transition on the swift counter attack.

As such, Sanchez’s place is already subject of much debate ahead of United’s season defining encounter against Tottenham on their so-called ‘neutral’ territory on Saturday.

Martial, of course, was the man who was replaced by Sanchez as he was hitting a purple patch of form. The Frenchman was shoehorned to the right hand side, a side we know is not his niche position, not since joining United anyway. His form has not scaled those heights since, the clear cause being Sanchez’s arrival.

Rashford was trusted in United’s biggest game of the season to that point, at home to Liverpool, to take the left-wing berth and he produced two fantastic goals when it mattered most. That was with Alexis playing off Romelu Lukaku in the number 10 role and United delivered a first-half that has rarely been topped this season.

Both have demonstrated that they have the capacity to produce explosive, decisive moments and their pace would doubtless cause the error prone Serge Aurier and attack minded Kieran Trippier problems.

Wembley specialist Jesse Lingard was subbed early against Bournemouth and the rested Romelu Lukaku are dead certs to start at Wembley, as is Nemanja Matic. Mourinho’s keenness for a midfield three in the crunch games will surely see Wednesday’s star Ander Herrera retain his place- his omission at Wembley earlier in the season proved to be an error in judgement. Paul Pogba won praise from Mourinho midweek and a semi-final is a stage he should relish.

So realistically, Sanchez, Rashford and Martial will be vying for one spot. Whoever gets the nod will know there will be pressure to perform as their places are far from secure.

My gut says the Chilean will be in from the start to get one over his previous arch nemeses, even though I would have no qualms with the other two contenders getting let off the leash.

Who gets your nod to start? Leave us your choice.