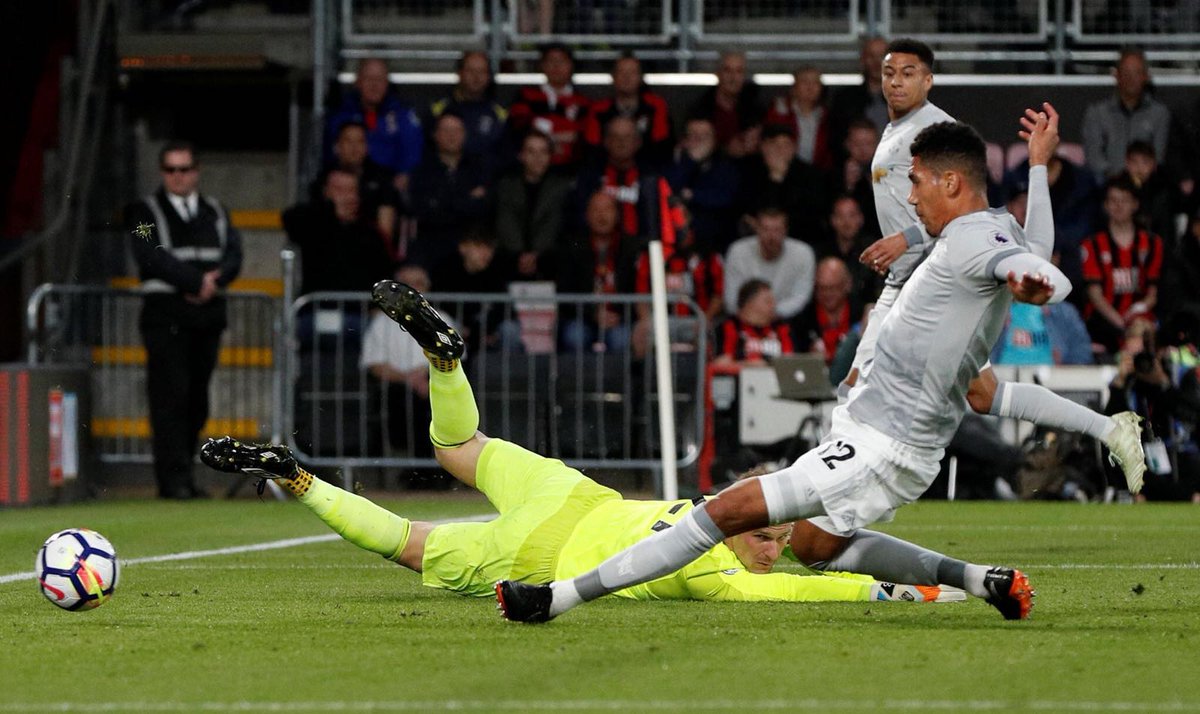 With three goals from three consecutive away games, Manchester United defender Chris Smalling shared a joke on Twitter about being a Golden Boot contender.

The Premier League’s Golden Boot award is a two-horse race between Mohamed Salah and Harry Kane, but Smalling may have something to say about that before the season comes to an end.

Salah leads on 30 league goals, while Tottenham striker Kane is on 26.

But Smalling, who scored the opener against Bournemouth on Wednesday night, has not given up hope. Posting on Twitter, he wrote: “Late charge for the golden boot. Good response after the weekend. #MUFC #GGMU #ManUtd #PremierLeague”

Talk about tongue in cheek!