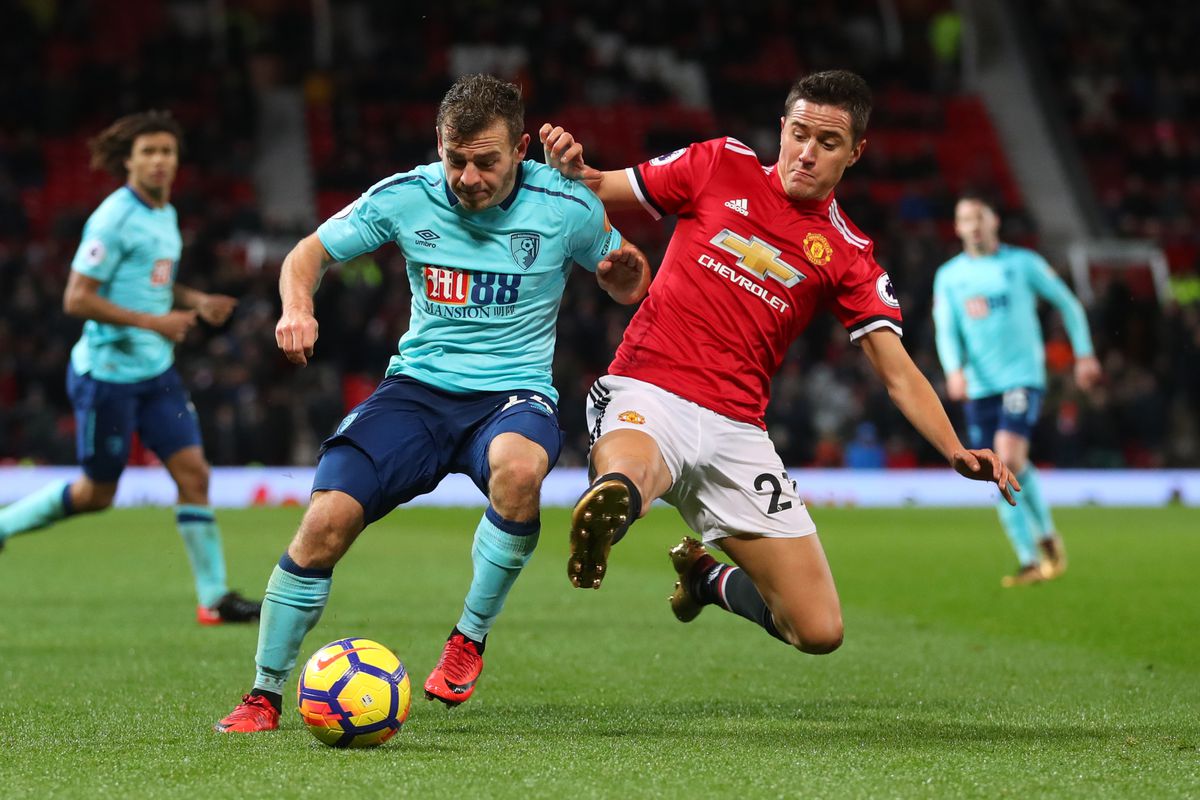 The Reds dropped three points in their last outing against relegation certainties West Brom at Old Trafford. Bournemouth will be rubbing their hands together if Jose Mourinho’s men put in the same level of performance on Wednesday night.

Bournemouth sit in eleventh place and have secured Premier League safety for next season. They can now relax, plan ways to stay in the top division for 2019/20 and look to finish in the strongest position possible between now and May.

They’re a decent side but it somehow fills me with confidence that Mourinho is using the game as an audition for fringe players to show their worth ahead of Saturday’s FA Cup semi-final against Tottenham Hotspur.

Here is how we reckon United will line-up against the Cherries:

Auditions aside, Mourinho isn’t going to pick another goalkeeper ahead of De Gea on Saturday. Sergio Romero is the only injured player in the squad, too.

Mourinho can’t take too many risks defensively but this line-up gives Jonesy a chance to perform. The same goes for Shaw, who looks set to leave, but I’d still like to see us give him one more chance, albeit probably pointless in the eyes of the boss.

Nemanja Matic could do with a rest. He’s put in a shift throughout the season and we want him as fresh as possible for the FA Cup semi-final. Ander Herrera, on the other hand, is still fighting for minutes to gain full match fitness. Anthony Martial and Marcus Rashford deserve their audition instead of players starting on merit. Yes, I’m looking at you Alexis Sanchez and Paul Pogba!

Matic said, Lukaku is Mourinho’s main man. What a debut season he’s had. Fully expect the Belgian to lead the line and open the scoring.