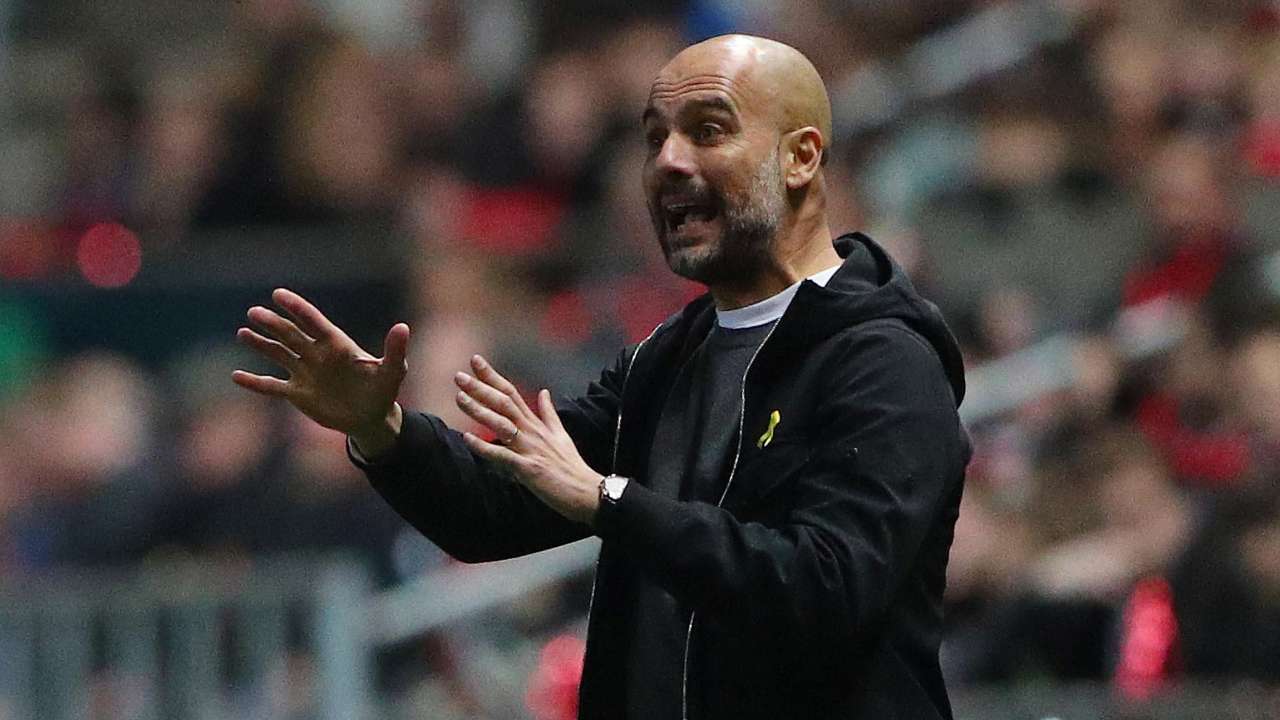 Aguero has been struggled with a knee injury for weeks which has had a negative impact on City’s season with them crashing out of the Champions League and seen their Premier League title celebrations put on hold.

Guardiola spoke to the media on Friday and reflecting back on Young’s well-timed tackle in the derby last weekend, the former Barcelona boss cited it as inflicting a setback in the Argentine’s recovery from injury.

“Aguero i not ready. I don’t know [when he will return],” Guardiola is quoted as saying by The Sun. “We cannot forget he was injured for one month.

“He made a huge effort [to play against Liverpool], because after the Ashley Young tackle… he could not train.”

This, of course, isn’t the first time Guardiola has lost milk over the derby. He also made reference to Young in his post-Liverpool press conference.

If you happen to know Guardiola, please send our regards. He’s clearly going through a bit of a midlife crisis.