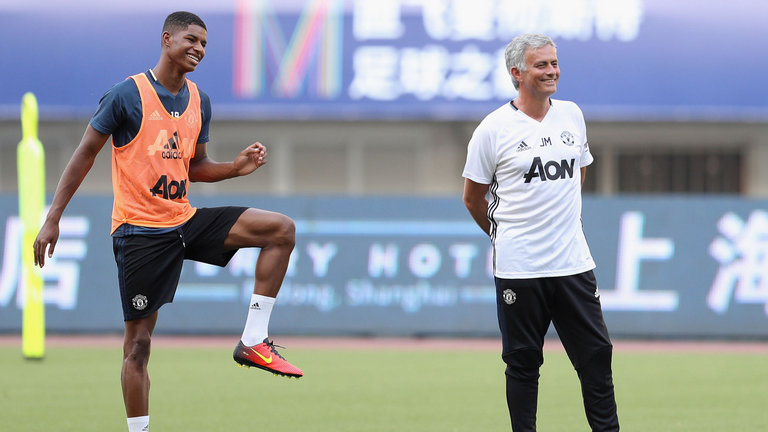 Jose Mourinho addressed the press this afternoon and the media were quick to ask questions about this week’s reports suggesting both Anthony Martial and Marcus Rashford were unhappy with the amount of playing time they’re getting at Old Trafford.

His response to these questions could be seen as a challenge for both players, a test of of their mentality, to play their way back into United’s line-up.

It speaks volumes that Martial has not scored for United since the club’s last fixture before Alexis Sanchez’s arrival. Both Martial and Rashford were on the bench in United’s recent wins over Swansea and Manchester City.

“If I was you I would go in another direction,” Mourinho said of Rashford. “He is the player with more appearances since I arrived at the club. Because I decide that way.”

When Martial’s lack of playing time was raised, Mourinho continued: “If I was you I would go with why [Romelu] Lukaku plays every match, why [Nemanja] Matic plays every match. You always go to the one.

“The answer is if you want what I call dry answers, I have dry answers and a dry answer is only 11 can start the match and we are 22 [players]. Is just football.

“So in every club, at every level, from the top of the world to the amateur football clubs, you need more than 11 players and only 11 can start, is as simple as that, there’s nothing I can do.