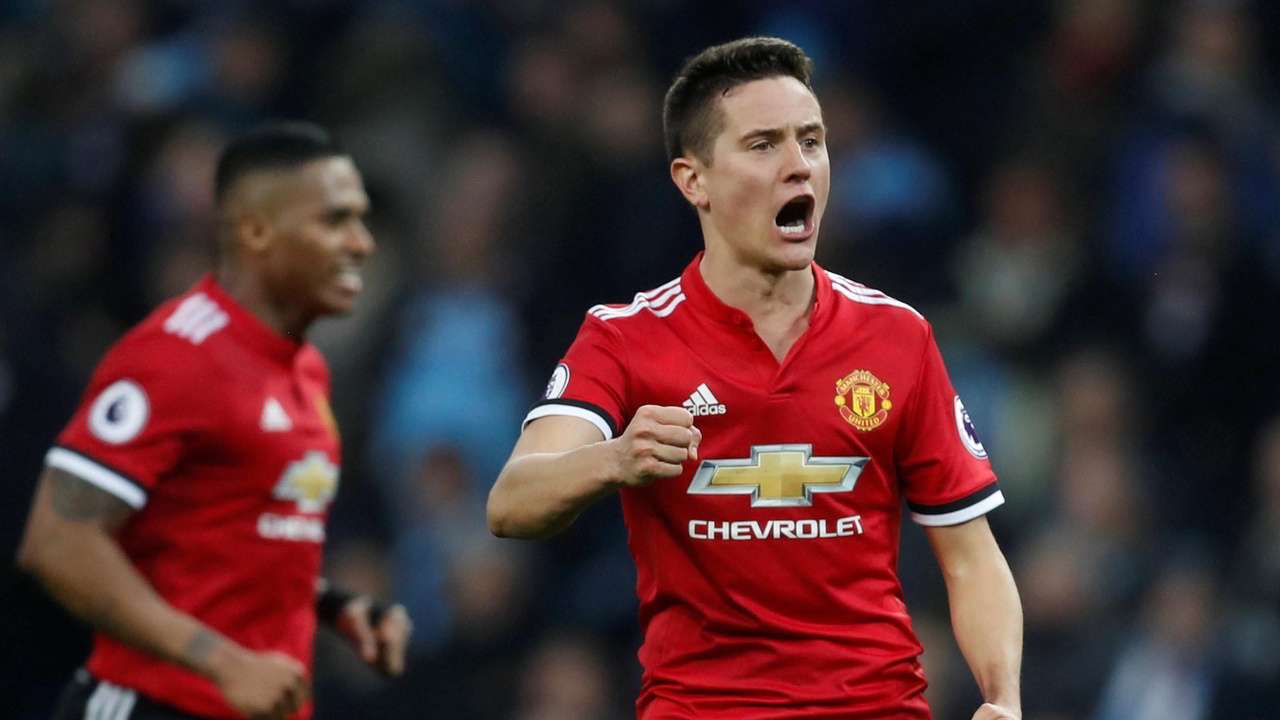 Manchester United have been unable to mount a Premier League title charge this season, allowing rivals Manchester City run away with it, but Ander Herrera feels we are heading in the right direction.

Everyone can see an improvement in United under manager Jose Mourinho from the days of David Moyes and Louis van Gaal, but to finish second this season would give the right impression. United are progressing and the next step is surely to win the Premier League outright.

United started the current campaign brilliantly with seven wins from eight games suggesting they were ready for a title race but City surged clear to leave the chasing pack behind. Pep Guardiola’s men are now on the verge of taking the top-flight crown.

The Reds delayed City’s league party with a thrilling comeback win over the blues last time out.

Speaking to Mundo Deportivo, Herrera concedes City are the best side he has seen since the iconic Arsenal team which complete the full season unbeaten: “In any other year we would have competed for the Premier League, but we cannot take anything away from what City have done.

“I do not remember a better team since Wenger’s Arsenal of the 2003-04 season, which did not lose any matches. If next season we are able to match or improve our record, we will be in the fight.”

But Herrera believes United are heading in the right direction.

“The data is there. It is true that last year we won three titles, but we finished sixth in the Premier League and we had to win the Europa League to qualify for the Champions League.

“You have to put everything in perspective. In England, the Premier League is given more importance than the Champions League and we are up on the previous season. We have done a good job but have found ourselves up against an impeccable opponent.”

Herrera added: “United’s history is winning titles, not winning a derby. We have made that clear, but preventing a rival from winning the Premier League has important meaning.

“During the game I thought about those 4,000 fans who were at the Etihad and were going to suffer a setback that would have remained throughout history had we lost.

“No-one should underestimate us. There was no specific talk, just random comments and a collective reaction. We appealed to our pride and everyone tried to correct their mistakes to avoid City becoming champions.”