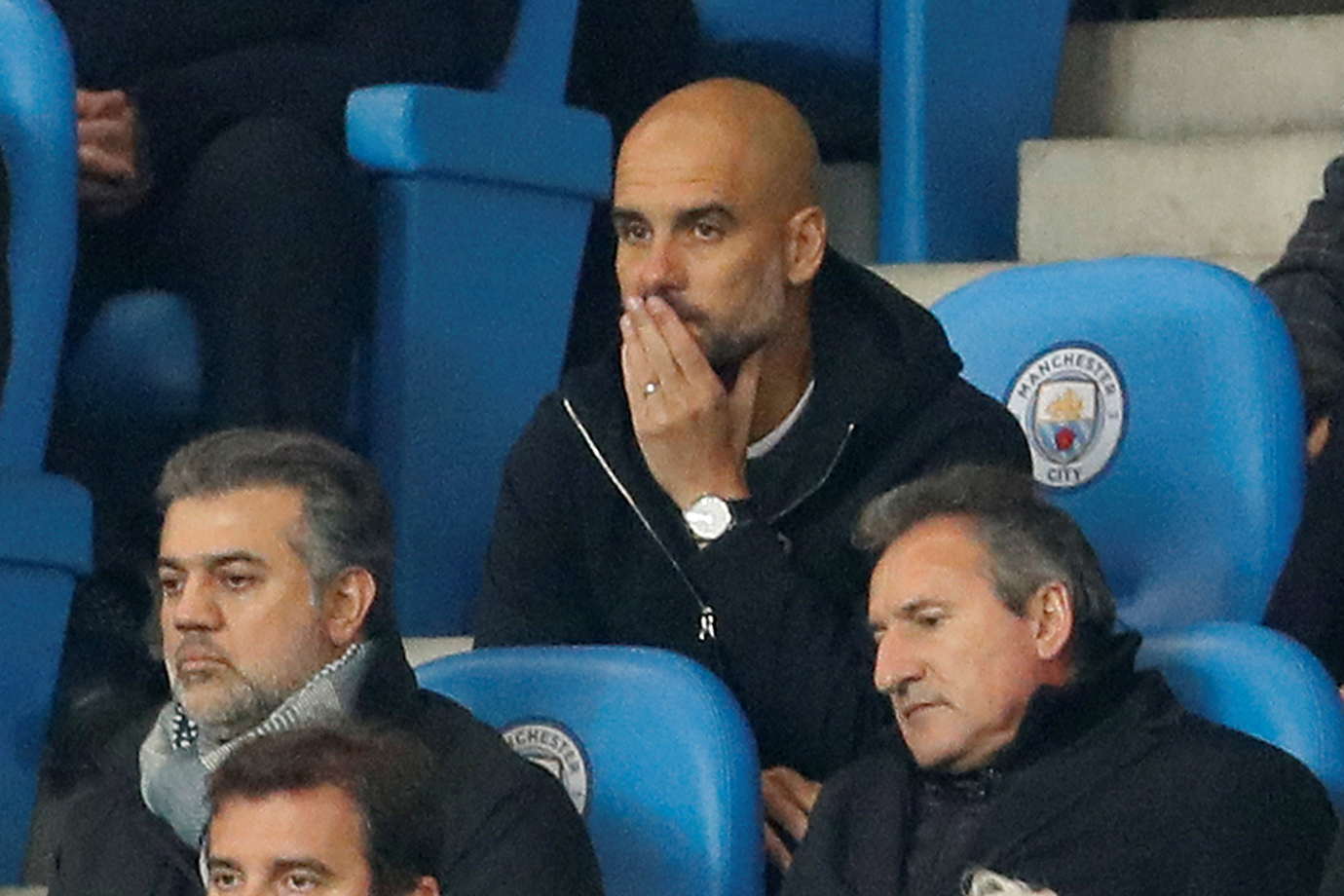 The past week has been a real mare for Manchester City. Their Champions League dreams went down the drain on Tuesday night at the Etihad when Liverpool, already 3-0 up from the first leg, fell behind after just two minutes but still managed to turn the score line in their favour on the night.

Spanish referee Mateu Lahoz sent Guardiola off at the break after the City boss complained about the questionable decision to rule out Leroy Sane’s goal, which would have given the blues a two goal lead on the night.

But Guardiola didn’t stop there. He also vented after the game about decisions not going City’s way, arguing Raheem Sterling should have won a penalty when fouled by Andrew Robertson.

What followed was ANOTHER reference to the derby defeat to United.

Guardiola felt they should have had a penalty when Ashley Young challenged Sergio Aguero in the box.

Last night, the former Barcelona boss took the opportunity to slam referee Martin Aktinson by comparing him to Lahoz:

“It’s the same from the last game, against United. Seventy-eight minutes, the most incredible penalty I ever saw in my life, and Martin Atkinson didn’t want to whistle.

“Both teams are so, so good, these kind of decisions make the difference. Congratulations to Liverpool but, in the right moment, we missed the right decisions.

“I said it [Sane’s effort] was a goal. I didn’t insult him, I was polite, I was correct. But Mateu Lahoz is a special guy, he likes to be different, he likes to be special.

“I know what happened in Monaco last season, at 1-1, with an incredible penalty from Sergio Aguero. He’s special. When everybody sees things, he likes to decide the opposite. I didn’t say any wrong word.”