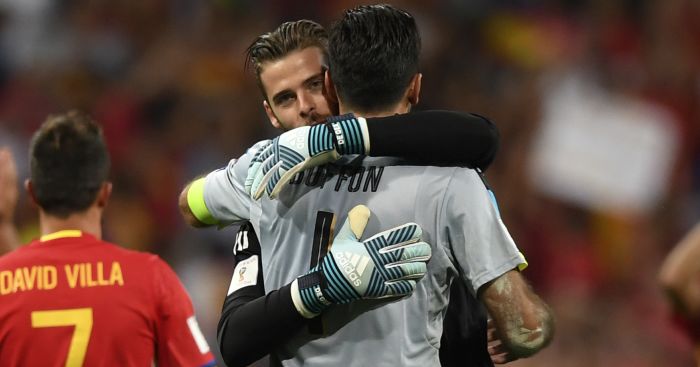 ​Manchester United goalkeeper David de Gea has been left out by Gianluigi Buffon in his list of the top five stoppers in the world at the moment.

Buffon, 40, was asked to name his top five goalkeepers in preparation for Juventus’ trip to the Bernabeu on Wednesday night for the second leg of their Champions League match-up against Real Madrid.

The Italian, as quoted by Metro, surprisingly left out the best goalkeeper in the world: “Not taking into account Italian keepers, I would say Oblak, Navas, ter Stegen, Ederson, Neuer and Courtois. I hope I did not forget anybody.”

Buffon has had a mare there leaving De Gea out, a goalkeeper that was consecutively given Player of The Year at United, which isn’t an award many keepers have picked up at their clubs in comparisons to other positions.

De Gea was superb at the weekend in the Manchester derby, where he produced a match-winning save to stop a Sergio Aguero header that would have made the sides level.