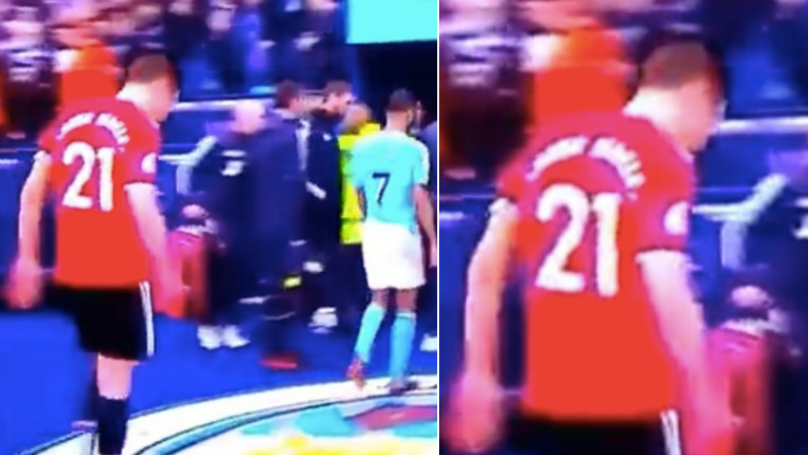 Manchester United midfielder Ander Herrera has denied deliberately spitting on the large badge on the floor at the entrance to the tunnel at the end of the first half.

United were 2-0 down but came back to win 3-2 in dramatic fashion to delay City’s Premier League title celebrations.

The FA will not be investigating the incident.

A United spokesperson told the BBC: “Ander has seen footage of the incident and is mortified ay any suggestion his actions were deliberate.

“It was entirely accidental and there was no intent whatsoever.”

Meanwhile, the FA will fine City £25,000 after they picked up six yellow cards in the Manchester derby.

Jose Mourinho had a coin thrown at him in the second half but the club has decided not to pursue the incident any further. Had that happened to Pep Guardiola we would never hear the end of it given he’s the Messiah of all things football related… Right?