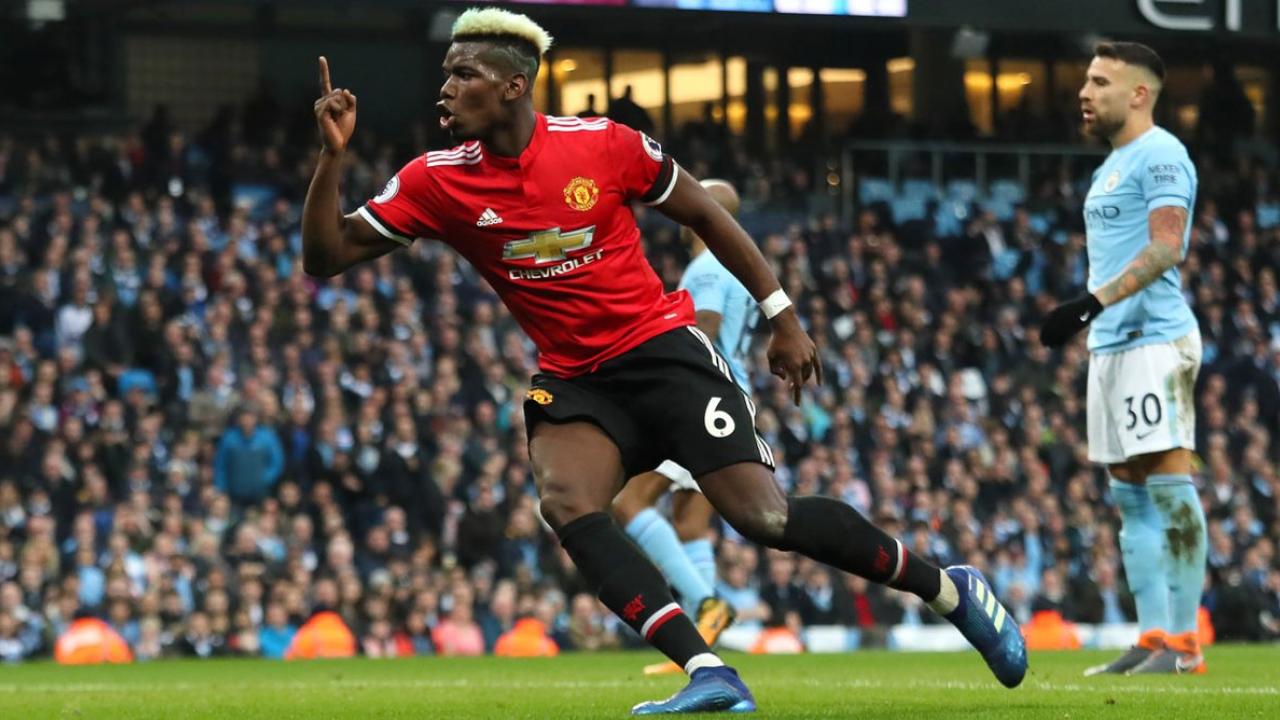 Well, what a night Saturday was.

2-0 down. City have missed more chances to make it 3 than Maddie has missed birthdays with her mum and dad.

You could write down all the reasons to be cheerful about the game in marker pen on a grain of rice.

Nothing about the second half was ever gonna be enjoyable. Just a case of watching City one touch us to death as they toyed with us as they cantered to a nonchalant victory that put us in our place.

As we got one back, I was happy, but restrained in my expectations. I honestly thought they’d then make us suffer for spoiling their party. I could really see them upping the gears and matching the horrendous Sunday afternoon we suffered at Old Trafford in 2011.

Just as I started to replay the ease with which they went from 3-1 to 6-1, I noticed Pogba bursting into to the box to turn a perfectly weighted cross from Alexis, into a truly beautiful cross from the improving Chilean. Somehow, beyond all reason and logic, a game that was lost, gone, dead and buried, was now level.

I’ll take this. A draw is incredible after the way the first half had gone. I’ve no reason to suspect it can get any better than this. If I had any hope of it happening, it was drowned out by the feeling of panic that again, we had just upped City’s motivation to beat us like the Tory’s do the working class.

As Sanchez stood over that free kick. Looking at the space made available to whip the ball into by City’s defensive line being as high as their manager looked to be during Friday’s media conference for the game, my heart did a flutter, as Smalling met that delivery to put United 3-2 ahead, that same heart I mentioned earlier exploded into 6,734,785,364 pieces all over Brook Towers. This was unreal! To come from 2-0 down, to lead 3-2, for the second away game in weeks, and especially at the home of the champions elect was incredible!!

All we had to do now was survive the incredible pressure that City would put us under for the remaining time in the game. I obviously can’t speak for everyone, but for me personally, it felt like the game went on for about 3 days after we took the lead. I bought a loaf this afternoon, I’m sure that if I go to toast some, it’ll be as stale as the atmosphere usually is at the Etihad if United aren’t in town.

But, throughout the remaining minutes, hours and days the game continued to go through, we showed incredible spirit. Key men showed a mixture of huge commitment to throwing their body on the line to protect our lead. Spanish Dave proved that he’s exempt to the laws of gravity with unreal save 373 of this season.

What we saw in that second half, is that the pieces are there. The mentality that was the hallmark of the Sir Alex era at the club is returning. That key players who need to deliver when the pressure is on, are capable of delivering glorious and beautiful performances when the chips are down.

They’ll need to do do more consistently next season if we’re to compete with the City side we so beautifully beat today. That second half was full on eggplant emoji stuff, but it doesn’t obliterate the steaming shit pile that was the 180 minutes against Sevilla. As I type, I sincerely hope that after a summer of further deadwood being cleared out, we’ll see them being able to deliver consistent performances that leave us feeling as we do tonight.