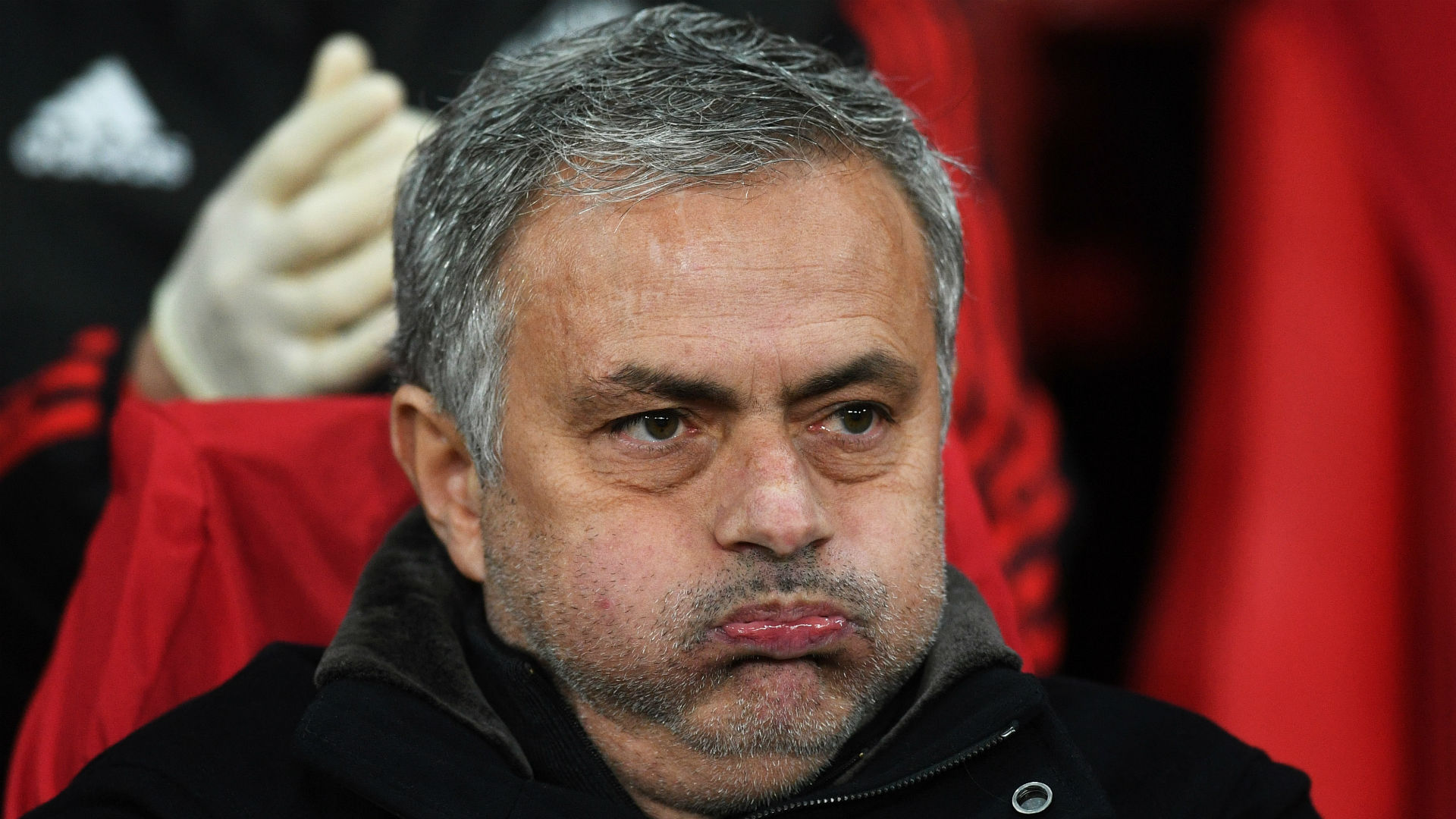 As a smug, patronising git, there is nothing more I enjoy than to be proven right. Mainly because it gives me a reason to be even more of a smug patronising git.

However, in the case of Jose Mourinho, there is no satisfaction gained from seemingly being proven correct. From the moment he was linked with the United job – during the final months of Louis Van Gaal’s tedious stewardship – I have always been consistent in my stance against Mourinho being allowed anywhere near Old Trafford.

Now, here we are, less than two full seasons in and the Hunter S. Thompson for the Sky Sports News generation is in full, meltdown mode one season early. Despite a net spend of over £230 million in just 18 months, the two most expensive signings in British history and being given a new contract Mourinho is still as miserable and spiteful as ever.

Yes, United are second in the league but second this season is nowhere when your football, at its best, can be considered functional. The meek surrender to a sub-standard Sevilla side on home turf, combined with three days of attacking and insulting almost everyone associated with the club, should be enough to persuade anyone that Mourinho should be moved on this summer.

He still has his defenders of course among the support. The majority of whom are either desperate for any success regardless of the football or the knuckle-dragging Neanderthals that Mourinho’s brand of toxic machismo appeals to.

Unfortunately when the best football-based argument you can come up with is, “all the players are terrible” or “we’re somewhat better than we were” under the previous two managers, that is not much of a defence. Functional football and high grade shithousery is all well and good – for a short time – if you are successful. If you’re not though, what else is there apart from a depressive malaise?

The club thought they were onto a glamourous winner when Mourinho was signed up, fresh from a spectacular implosion at Chelsea. Instead they ended up with a deluxe Sam Allardyce. A Samuel Allardici if you will.

Mourinho is a man who could achieve great things within a short window. Galvanising relative underdogs into remorseless machines while steward perennial under achievers. But managing players established at successful clubs with rich histories is a different story and is beyond him. He is the kind of manager who will get your club to the top of the mountain and is more likely the jump off and drag you down with him than keep you at the summit

His spell in Madrid ended in acrimony, falling out with almost everyone in Spain. His second spell at Chelsea ended almost as bad. Shattered players, looking to be more adventurous in kicking on from their championship win, downed tools after the disgraceful bullying of his club doctor and forcing star players to play through serious injuries.

The greatest testament to his abilities is his spell at Internazionale. Not so much for the treble winning season but for the broken, irradiated, wasteland he left in his wake. A squad not built to be a legacy and outlast him but merely as a shop window and to stick it to his great adversary, Pep Guardiola. Inter have only seriously challenged for the title once, since he left almost 8 years ago.

Today, with United a distant second and stuttering through a relatively disappointing season, he seems dead set on offering out his chin like an obnoxious drunk and daring the club to sack him. For Mourinho it is a win-win. The likely outcome is the parasite owners and their craven senior employees, give him everything he wants, even though it will never be enough.

Should the unlikely happen and he does get the boot; a handsome pay-off and a probable stacks of oil money await in Paris, where we witness the glory of Neymar being converted into an auxiliary left-back.

His constant gripes that his players aren’t up to it are baffling when you consider he signed some of those players. The likes of Pogba, Lindlelof and Sanchez are Mourinho signings, yet he has deemed these expensive presents from board to manager as “not having the right mentality.” Henrikh Mhkitaryan has already been cast aside, a mere eighteen months after Mourinho signed him.

Ordinarily, you could put this down to consistent bad planning by the boss – itself a sackable offence. However, his targeting of other players for unreasonable treatment demonstrates something much more sinister.

Whatever debate there is to be had about Shaw’s ability to succeed – and there many questions Shaw needs to answer – it is irrelevant to Mourinho’s treatment of the young man. A young man who suffered a near, career-ending injury and has admitted to having psychological problems as a result.

Mourinho’s answer to this has been to relentlessly insult and openly degrade him at every opportunity. In any other line of work this would be considered for what it is: Malicious bullying, likely due to Shaw turning down Mourinho at Chelsea to come to United in the first place.

Insulting his own employers, mocking the fanbase and disgraceful public humiliation of a human being is a nice summation of what Mourinho is: Pure poison. A textbook narcissist. Unable to accept his own flaws and mistakes and is only capable of change if it makes him even more Jose Mourinho. Playing up to the persona of – in his own mind – the lovable rogue but to everyone else, an insufferable gobshite.

Mourinho is already toxifying the United’s image with his stale football and embarrassing behaviour. This is an unhealthy relationship that needs to end, sooner rather than later, lest the damage he causes be irreparable.

3 responses to “Opinion: Mourinho was not, is not and never will be, the right man”