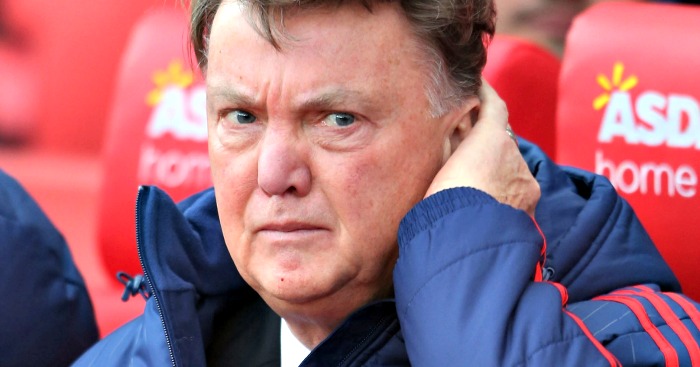 Louis van Gaal is right to question Manchester United’s commercial motives over football but this is the same man who turned down football jobs to keep his compensation. Is it just me or does anyone else find that hypocritical?

“Totally different to Bayern. The bosses, like Karl Heinz Rummenigge and Oli Hoeness, are former players who know what they are talking about.

Football is the most important thing, not money like it is now at United. That’s why I love Bayern.”

Oh, the definition of a football man, devoid of sordid monetary concern. Especially one that bored the United dressing room and fanbase to tears with his philosophy and bland quality of football that was served up throughout Van Gaal’s Old Trafford reign.

When Van Gaal arrived he said it would take three months to familiarise the squad with his philosophy. At the end of his two years, United were still playing shit football and the players were none of the wiser.

Who remembers when LVG played the entire second half against West Brom with Rooney and Van Persie in central midfield and Fellaini up top. It was Old Trafford too. I was spinning

These quotes also make you wonder if it wasn’t for United’s gigantic commercial appeal how Van Gaal would have received funds — approximately a whopping £250m in total – to blow bang average talent. I presume he believes it came from a magic bean tree in Ed Woodward’s back yard.

And not all signings were shit in hindsight. It was clear from day one Van Gaal was not previously given the responsibility to scout and bring in his own talent, which lead to the Dutchman targeting only players he knew — Memphis Depay, Daley Blind and rest of his World Cup squad from 2014 — with Anthony Martial being the exception. Moreover, it’s a huge surprise we didn’t end up with more bang average signings.

Still, Morgan Schneiderlin was brought in from Southampton leaving many baffled within the Old Trafford faithful. Now, Everton fans are scratching their heads, wondering how this mediocre shithouse of a midfielder ended up at Goodison Park.

Rather than waffling on how Bayern Munich are the pioneers of football with their highly questionable ties to Qatar, I’d like to hear Van Gaal open up more on his shortcomings at United. Like, delivering a dreadful campaign by any objective measure and failed to get us into the Champions League during a year the Premier League laughably uncompetitive.

Once upon a time I felt for Van Gaal given the way he was lead along by Woodward, who was flirting with Jose Mourinho while the Dutchman prepared his side for FA Cup glory, but now I’m firmly of the view he can get fucked.

Will LVG ever get over the fact that he was sacked at United, he is worse than a jealous ex that won’t move on, United have got the right man in charge now whether fans agree with that or not is another story but I love Jose