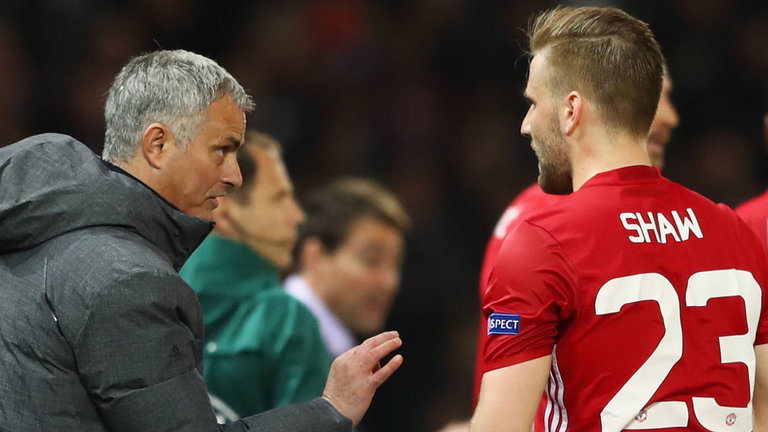 Luke Shaw was flying for Manchester United in the Louis Van Gaal period of dullness. He was one of the few to boast that. Days after starring in United’s 3-1 victory over Liverpool, known as Martial’s game, the form of his life was horrifically curtailed by a crude challenge from then PSV defender Hector Moreno. That a stonewall penalty was inexplicably ignored was subordinate to Shaw’s awful leg break.

It left him supposedly barely able to walk for six months, let alone even contemplating kicking a bit of pig skin around. No one could have begrudged him an extensive period of rustiness and lack of sharpness, in his attempts to return to the peak of his powers.

It has a been a time consuming process, with doubts surfacing over the former Southampton flyer’s attitude, commitment, dedication and level of fitness added to the melting pot. In that time, the likes of Daley Blind, Matteo Darmian, Marcos Rojo and Ashley Young have all had a gig in the left-back spot. The first two have been marginalised, Rojo has moved centrally and Young has adeptly filled in in an unnatural position.

To paraphrase the old adage, if it was not injury for Shaw, it was insult instead: Jose Mourinho, after Shaw reappeared on the scene in last season’s 1-1 draw with Everton at Old Trafford, stated that he was playing ‘with his body but my brain’. Ouch.

Talk was even rife that United would look to bolster the left-back slot this season, with the likes of Danny Rose, Faouzi Ghoulam and Alex Sandro all mooted as big money additions. Part of me is of the belief that Mourinho would have been desperate for Shaw to prove his worth and listen to his guidance. After all, it is easy to be blindsided by the fact Shaw is still a relative baby at 22. You see Patrice Evra at 36, his will to win and relentless in his training, still earning a move back to the Premier League at an age Pep Guardiola would deem pre-historic. If Shaw can emulate that longevity, simply by application, he will have a wonderful career at the very highest level.

If it was a question of the penny dropping, then the copper has hit the ground at an ideal time for Shaw. United have already triggered the year’s extension written into his initial deal, but are reportedly looking to reward his renaissance with a new long-term deal.

It would be richly deserved to.

His return to action against CSKA Moscow was marred by their goal coming down his side, which shows he is still very much a work in progress, but he still delivered a man of the match display for his enterprising attacking play and much improved fitness levels. He has kicked on since then, winning many admirers.

Admittedly, Matteo Darmian and Daley Blind are probably better defenders but if you are looking for penetrative runs from deep, pace to burn and the willingness to offer an overlapping option, look no further than Shaw as a far superior alternative. Time is on his side to improve his defensive side, that experience is gained over time and not lost once obtained.

It would have been a travesty and serious ‘what ifs’ raised had Luke Shaw not rediscovered that promise under Van Gaal with Mourinho at the helm. It is simple with Mourinho: you’re his disciple or you’re out.

It would seem the message has been received by Shaw, how nice it is to write that.

A new deal should be on the cards and it would be just reward. He is winning over his biggest doubter.