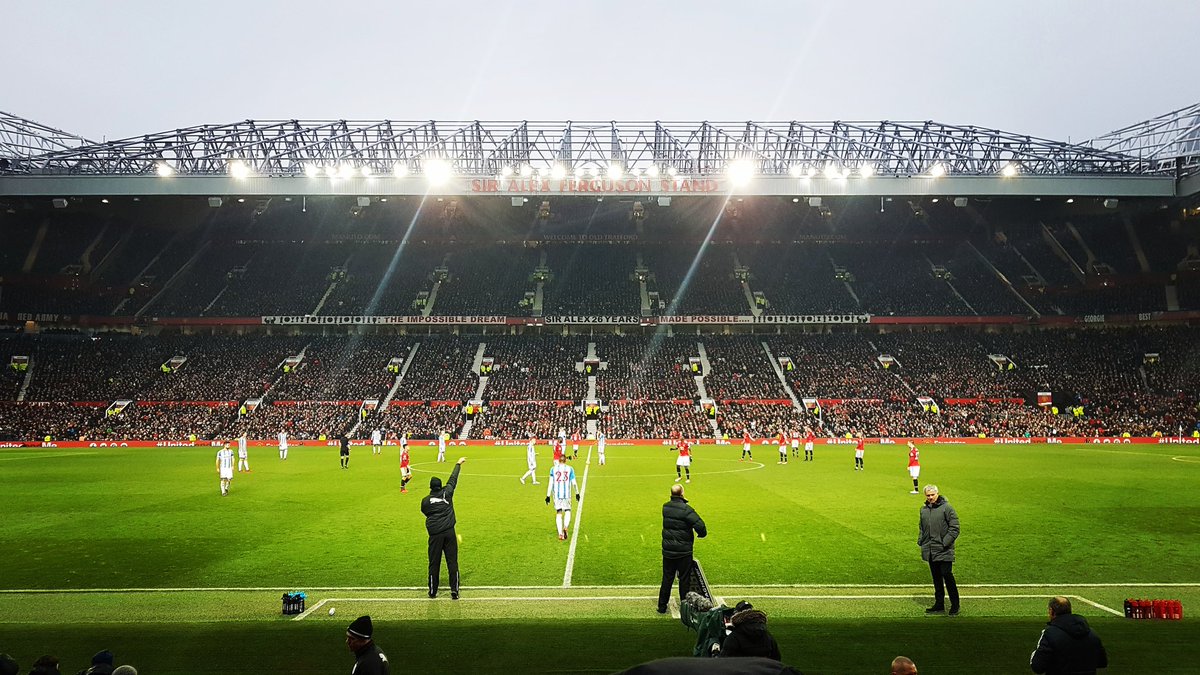 Over the years, Manchester United have experienced some iconic moments that they lived long in the memory: Steve Bruce’s divine intervention against Sheffield Wednesday, Rooney’s overhead in the derby and Robin Van Persie’s debut goal were all met with ferocity and vociferous Old Trafford roars.

Alexis Sanchez broke his duck in rather damp and fortuitous style against Huddersfield, tapping in a rebound after a sub-par penalty was saved by Jonas Lossl, but it was met with barely a roar, rather a mere rippling of applause. OK, it sealed the formalities of a routine victory over cannon fodder, and David Wagner’s men would hardly constitute a game of high magnitude, but the mellow atmosphere was picked up on, again I haten’t to add, by our manager. That United’s chase of City appears in vain should be immaterial.

To be vocally inferior to the Mourinho referenced Portsmouth at Fratton Park, not too long ago a Premier League mainstay, represents a real punch to the bread basket. It should be noted though that Mourinho declined the opportunity to elaborate on his gripe to the Manchester United Supporters’ Trust, who continue to be heavily involved in club matters where fans are concerned.

I put it to you that, whilst the atmosphere at Old Trafford is undeniably underwhelming, the crunch games as exceptions, it is not just an issue within the Theatre of Dreams.

Rather, it is an indictment of modern day fan culture…

As technology has increased, so has its dependency levels. In the era of fancams, instant goals uploaded to social media and the craving to get up close to these superstars, the desire of the collective to get behind the team is not always apparent. Die hards are getting marginalised on a piecemeal process. Their attempts to act as the 12th man, so significant as United resurgence took shape in the late 80s and 90s, are getting drowned by the observable need/want from United to house the full array of watchers- from families to day trippers, which is very much in accordance with a lot of stadia these days.

United’s singing section attracts as much, if not more ambivalent or even negative reaction than was initially intended. Attempts have been fruitless to rediscover that Partisan feel about Old Trafford. That United even needed to resort to those measures in the first place opened themselves up to ridicule and embarrassment.

Acoustically, Old Trafford’s configuration, by all accounts, does not lend itself to generating an atmosphere representative of over 75,000 strong attendees. Logistically, how United could create even a semblance of hardcore support on the terraces is beyond me. It has simply gone into far too deep a malaise.

As long as fans mob players with selfie sticks, get their moment on camera and continue to embrace the interactive aspect of the modern game, there is not a case to be answered for as far as the club see it. They are vastly represented by all origins and backgrounds and are raking in the money.

Mourinho bleats about the sombreness of the matchday support but abstains from entertaining a resolution with those who can enforce change.

I should add though, it is not solely exclusive to Old Trafford.

It is an impasse and a rather sorry one at that.