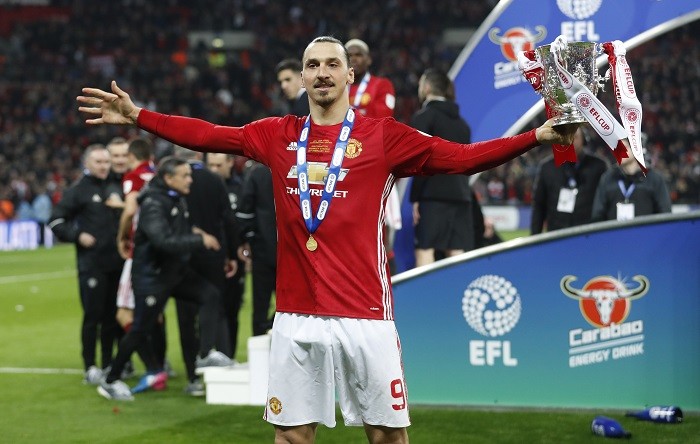 ‘I came back to finish what I started’, the famous words of Zlatan Ibrahimovic upon re-signing at United. This was no low key introduction. The Swede openly mocks the widely held premise, ‘under promise, over achieve’.

Going all Bruce Lee on kick boxing kit and running after a devilish Eric Bailly in the changing room are some things, rediscovering that sharpness on the pitch though? A totally different kettle of fish.

As macho and heroic as it seemed with Ibrahimovic amazing, some may argue defying, surgeons by returning months ahead of schedule without any sizeable sample of high octane game time, hindsight confirms it was lunacy.

Few would have deemed it a) plausible or b) satisfactory if you would have said that Ibrahimovic’s return would only generate a token strike against Bristol City in a costly, losing cause.

Rumour is rife that Ibrahimovic will move across the pond, either to LA Galaxy or their former player David Beckham’s newly constructed Miami franchise after his underwhelming second calling.

It would appear to be a hand and glove scenario.

Ibrahimovic gracing Major League Soccer, his unmistakble face plastered all over billboards will surely see the sport get the shot in the arm it needs, especially with the likes of Andrea Pirlo, Frank Lampard and Didier Drogba all having their footballing curtain calls there in recent times.

That is a total subordinate and trivial entity as far as us United fans see it though. Jose Mourinho has been indebted to the Swede in stints at Inter and United, but is equally famed for his clinical ruthlessness. The time has come again.

Ibrahimovic will always be fondly remembered for his exploits last season, particularly in salvaging the EFL Cup final in the dying embers. As we all know though, time waits for no one, not even self-professed deities. In my last article, I made it clear my belief that Romelu Lukaku has evolved his game at United and is gradually looking every inch a Mourinho and United player. That he was banished to the right wing when the Swede laboured round the pitch seemed a cop out and created a square peg round hole predicament based on a diminishing reputation alone.

For the betterment of this United side bolstered with the contagious dynamism of Alexis Sanchez, Ibrahimovic’s name, automatically penciled into the team sheet last season, simply does not fit.

Before I come across as totally heartless and unappreciative, any move for Ibrahimovic would not be completed until the MLS season commences on 3rd March. Hypothetically, Mourinho will be able to call upon the Swede’s indisputable influence, personality and character for the Champions League double header against Sevilla and domestic games as United look to press the accelerator in their making up ground quest.

In all likelihood, Ibrahimovic’s promise will go unfulfiled, but that will not compromise the truth that it was an honour to see him in red in the flesh.

That said, Romelu Lukaku is the undoubted main man now and United have proved that they have capably moved on from their reliance on his predecessor.

A move to America will be amicable and advantageous for all parties concerned.