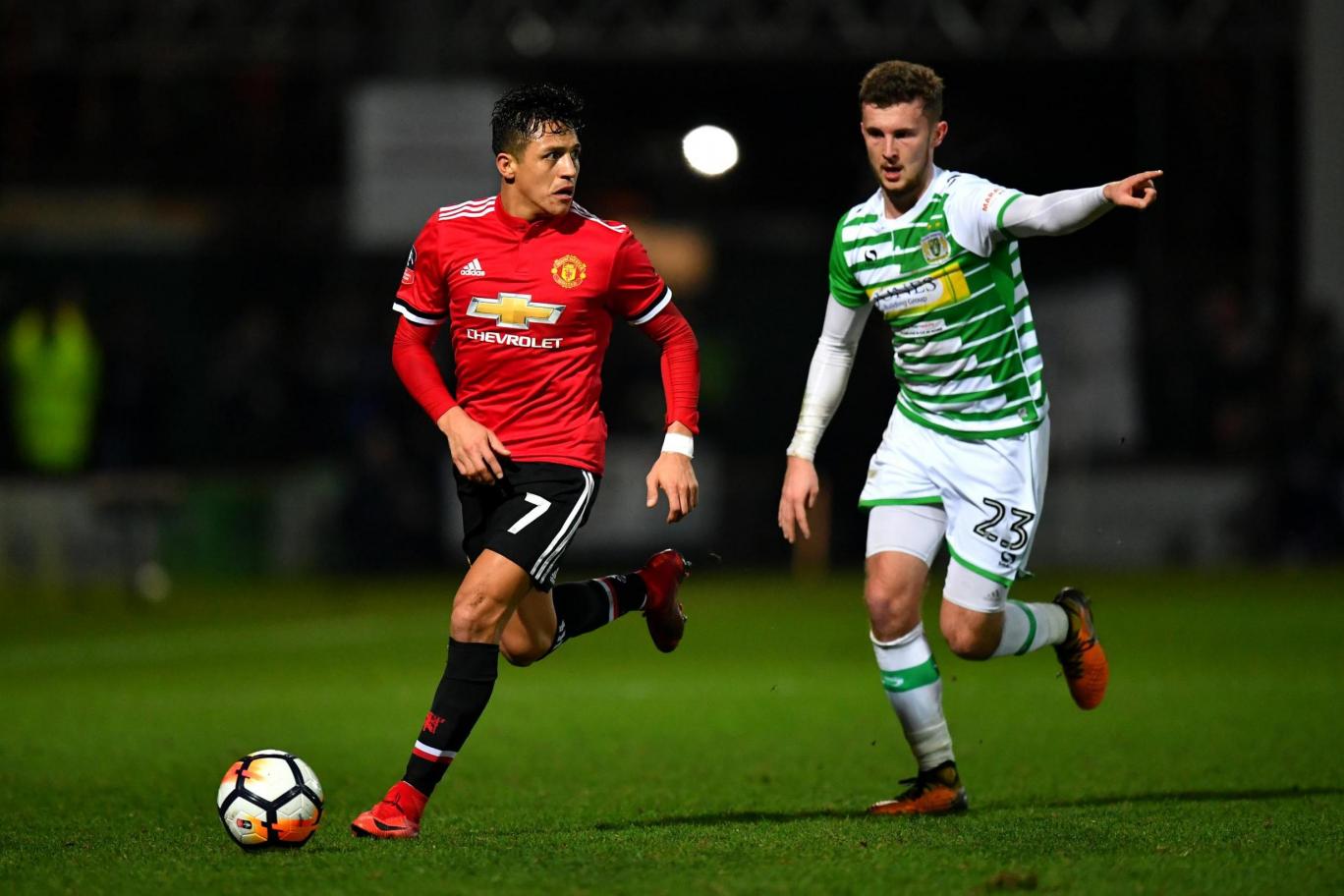 Manchester United’s latest addition shone on his debut last night against League Two side Yeovil Town. Alexis Sanchez created an assist for Ander Herrera when the Reds got their second in a 4-0 win.

The win saw United progress to the fifth round of the FA Cup. The opening 10 minutes were tricky, which, is to be expected at grounds like Huish Park. When they got going Yeovil had no chance but Sergio Romero still had a couple of saves to make as they threatened the United goal.

It was a professional display from Jose Mourinho’s side. Exactly the sort of performance we’ve come to expect from games like these — while we all try to brush League Cup elimination against Bristol City under the carpet.

Here is how we rated each performer last night:

Alert at all times and he only really had to work for Jordan Green’s early effort on goal.

I was surprised to see him play for United again and as we seen against lower league opposition Bristol City, Darmian was given a torrid time against Yeovil’s left-winger. It’s time to cut our losses and get rid.

Gave away some needless fouls but won the vast majority of his aerial duels. The Swede has improved since the beginning of the season.

The Argentine looked nervy at times but still managed to see the game out with a clean sheet. He also got an assist to his name with a pinpoint pass to Lukaku.

On his return to the starting line-up, Shaw put in another solid display and looked to be laying foundations for a link with United new boy Sanchez. The strongest member of our back four last night.

Great to see this man return after spending a lot of time on the sidelines due to a heart condition. Didn’t do much wrong but the midfield as a whole wasn’t satisfactory.

If the Spaniard didn’t score his rating would be considerably lower. After all, it was his 150th appearance for United — something worth celebrating — but his final ball was lacking.

Linked up with Sanchez well at times but it wasn’t one of his better performance. Mata kept things simple without showcasing a moment of magic.

Forced a good save in the first-half and continued to get into good positions throughout the game. However, he did lose the ball a couple of times in midfield and received a yellow card in the second half.

United’s new no.7 made his much-anticipated debut for the club, starting on the left wing. It was a scrappy start for not only the Chilean but the entire team, and his class shone as the game went on. Alexis created chances, forced a save from a free-kick before playing Rashford in for the goal. He also got an assist for playing a neat pass into Herrera.

Lead the line and scored United’s opener. Rashers has double figures for the season.

No ratings for subs this week. Beer is calling.