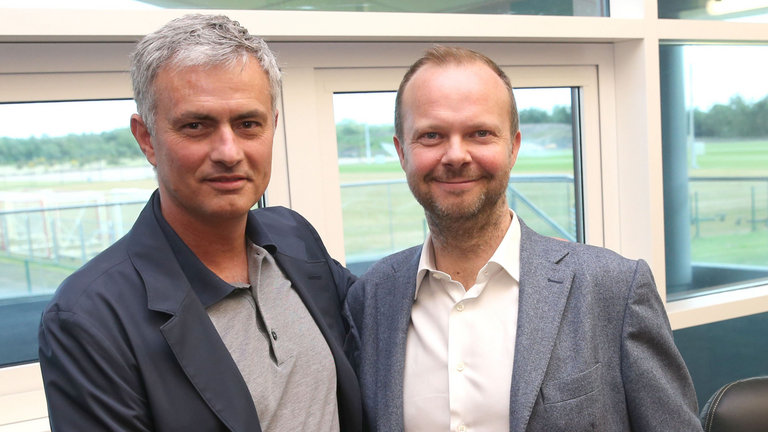 When Ed Woodward made a hasty departure from the club’s 2013-14 tour of Australia to conduct ‘urgent transfer business’, little did people know that meant transferring their sense of hope and shredding it to a mere pipedream.

Cesc Fabregas was the person in question. There were streams of approving voices, tinged with a sense of an inevitable, impending failure looming. Paul Scholes had called it quits for good and the man, whose distribution of pepperoni was flawless, was seen to have similar passing range on the pitch to the ginger maestro. Lo and behold, the now Chelsea midfielder was not bowled over by Moyes’ United or Woodward’s fluttering of his eyes like a kid in a sweet shop.

Several courtings of the frankly unattainable Gareth Bale and reducing Ander Herrera to tears after meeting with a supposed United entourage, which turned out to be imposters, figure heavily on Woodward’s blooper reel, rather than highlights package. As did promising the world, yet delivering an afro in sheer desperation.

It led many to question the credentials of a man widely regarded to be not fit for the role of player recruitment. Thrown in at the deep end, trying to replicate the feats of an epitome of efficiency and business acumen in David Gill, it really was a chastening baptism of fire for Woodward at the start. No wonder Woodward floundered.

He simply did not deliver for Moyes and employed a vicious scatter gun approach under Van Gaal. It was simply not fitting of a club of United’s stature.

He had to up his game.

Fast forward a matter of years, having learnt of the scale of the job and what is required, and he is quite simply working in unison with Jose Mourinho, a man notorious for a few jibes about spending power.

Who would have thought that Woodward, a tale of woe and subject to ceaseless ridicule for his ineptitude, could boast the triumvirate of Paul Pogba, Zlatan Ibrahimovic and Alexis Sanchez to an impressive list of acquisitions, which has rendered him the envy of many?

Mourinho’s exasperation at his failure to land crossing expert Ivan Perisic last summer, has well and truly been appeased with the purchase of the Chilean. Mourinho famously commented last year how United could no longer cherry pick the best players from their domestic rivals. Nemanja Matic and the aforementioned Sanchez act as brilliant caveats to that gripe.

Woodward and Mourinho are both reaching critical junctures in their times at United: United are well poised to take the silver medal, with Guardiola’s City have taken the baton and blitzed the rest of the track. This year, barring a minor miracle, we will begrudingly just have to hold our hands up and acknowledge they deserve their title. The table doesn’t lie, after all. However, that should only fuel the desire even more to steal a march on them in terms of recruitment for another title onslaught next term. To challenge on all four fronts and nip City’s quest for sustained dominance firmly in the bud , United need to continue to invest in players of Sanchez’s calibre.

Sanchez has that Cantona, Van Persie feel about it: The catalyst to achieving greater things, squeezing every inch of Jesse Lingard’s, Marcus Rashford’s and Anthony Martial’s potential out of them. Martial has already raised the bar he had been setting and is a joy to watch at the moment. Woodward has delighted United fans for gazumping City and has invariably delivered the players, Perisic aside, that the manager has etched onto his shopping list.

In political terms, Woodward has gone from a bumbling Boris to conquering Churchill. The butt of all jokes is now able to laugh or two of his own.

Out of the blue, Ed Woodward delivered a masterstroke in Sanchez. He doesn’t even need to raise his game any more, just maintain the status quo and harmonise with Mourinho.

The transformation, after the Fabregas sham, is a complete madness.