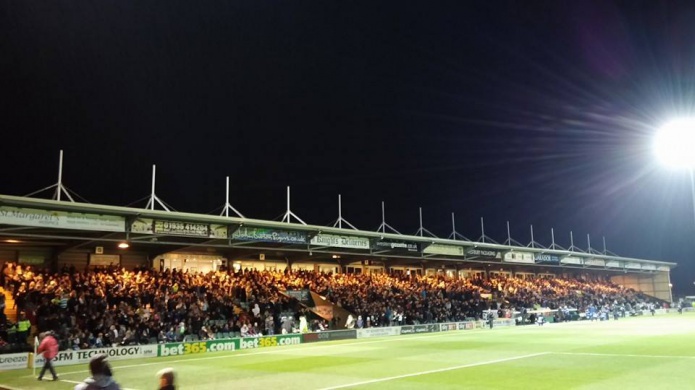 The FA Cup returns this weekend with teams fighting for a place in the fifth round.

Manchester Utd travel to Yeovil Town on Friday after an eventful week that has seen the club sign Chilean star, Alexis Sanchez.

It is the perfect tie on paper; a lower league side looking to put the biggest club in the world under pressure under pressure in their own stadium. No doubt Huish Park will be rocking in belief after watching Bristol City knock United out of the League Cup last month. Complacency from the Reds will see another upset.

That said, Manchester United have found form over the last few weeks. They beat Derby County at Old Trafford in the third round, as well as Stoke and Burnley in the Premier League. Despite Yeovil’s win over Bradford in the last round, a professional performance should see United progress to the next round of the FA Cup.

Neither side has any fresh injury concerns, but United will hope they can involve new signing Alexis Sanchez, who completed his move from Arsenal this week. That should be considered a boost for everyone at the club — proving enough to eliminate Yeovil from the competition.

The FA Cup is something Mourinho will want to get under his belt this season with the Premier League title unlikely at this stage. On the same note of silverware, it’s hard to see United winning the Champions League too.

Bet365 have priced Sanchez to score first at 9/2 while another bet I’d seriously consider is a draw at half-time and United to win at full-time, which is priced at 29/10 with Ladbrokes.

The match will be shown live on BBC One, with coverage starting from 7.30pm. Viewers based in the UK will able to stream the match online via BBC iPlayer. Kick-off: 7.55pm.