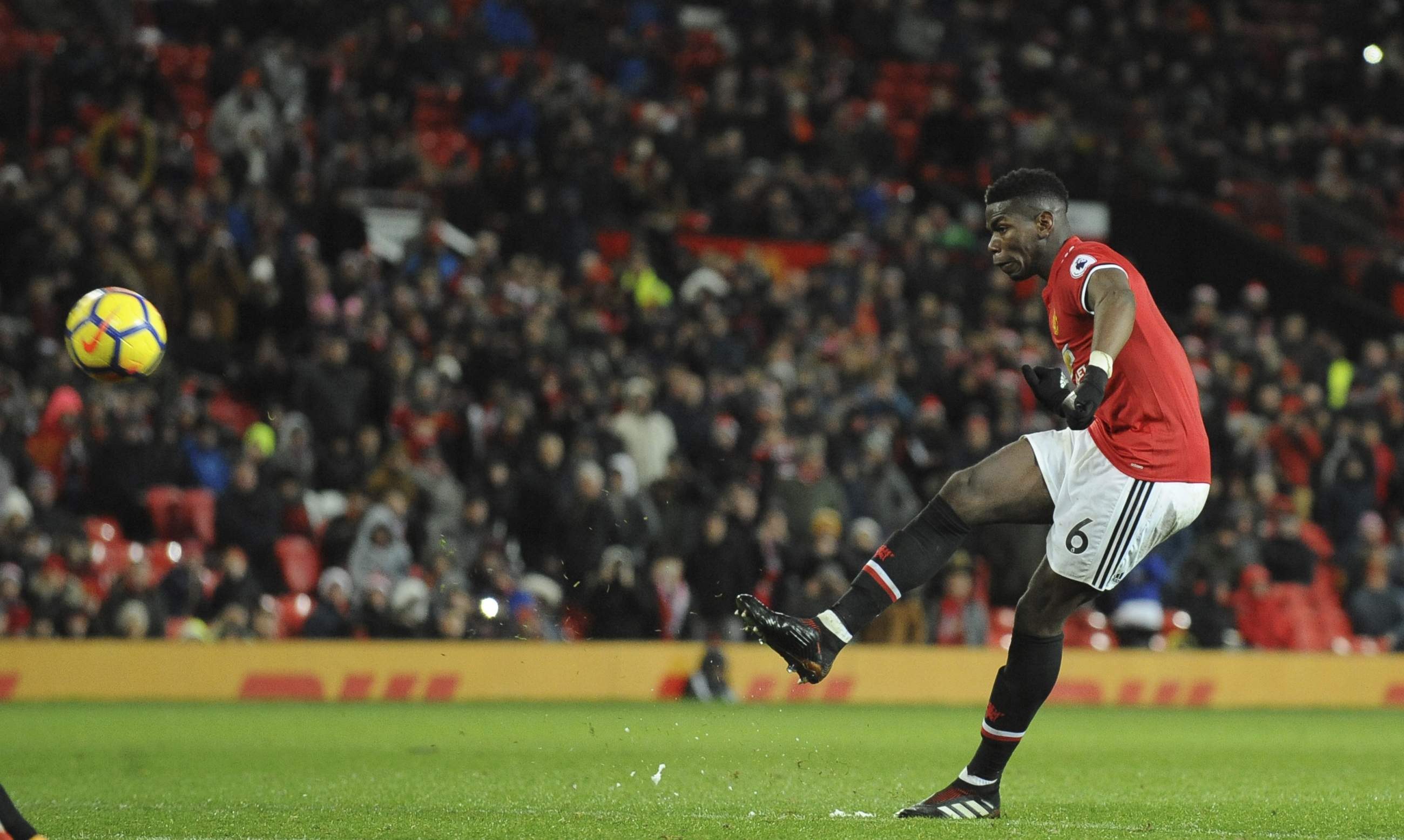 Jose Mourinho’s press conferences seldom fail to live long in the memory. The Portuguese maverick can have comments from gloriously witty to highly controversial attributed to him going back years.

Few might remember the brash, bold statement he was hellbent on delivering in February 2017, but his crystal ball unearthed an ever-increasing truth:

“I am pretty sure next summer some players with only half his quality will cost the same money.”

This was Mourinho’s impassioned defence of the then costliest footballer on earth. The player in question was unmistakably Paul Pogba.

Since acquiring a man famed for his equally flamboyant hairstyles and celebrations, Ousmane Dembele, Neymar and Philipe Coutinho have eclipsed the fee paid to the Old Lady of Juventus.

Mourinho elaborated on those comments saying he was “waiting for that moment to release him from the scrutiny that goes with his price. I think in a couple of years you will realise he was cheap”.

Try a couple of months instead, boss.

Just from a visual perspective, you can see the confidence, freedom and willingness from Pogba to play expansively and threateningly. The difference compared to last year is stark: Pogba was seen as a defensive liability and ill-disciplined. These were not erroneous observations. This has been addressed somewhat by Mourinho utilising him where he gained his reputation, as part of a three in midfield.

Doubtless, the addition of one of the best defence protectors in the league in Nemanja Matic has accelerated this transformation, but that strikes me as great management- namely identifying your gun players, in our case Pogba, and working for the team around them to get the best out of him.

And people think Alexis Sanchez has not joined United for footballing reasons? The money is all club generated. Mourinho doesn’t take players to the next level like Guardiola, cynics are claiming. Jesse Lingard and Paul Pogba would grin, dab and dance in derision at that statement.

Pogba’s mannerisms, joie de vivre and image are not everybody’s cup of tea (Garth *cough* Crooks), but his level of performance should be. Alright, Stephen Ireland, making his first Premier League start for nigh on three seasons and an ageing Darren Fletcher hardly represent the yardstick of midfield excellence required in the Premier League, but they were puppets on Pogba’s own Gallic string on Monday night. Pogba ran a very entertaining show, dictating play and stamping his print on the Old Trafford pitch he is gracing with more and more class.

There is substance to the claims he has not regularly left his mark on a big game, with those paid handsomely to do so referencing Hector Bellerin’s lower limbs rather blemishing the dominant display he gave on that night at the Emirates. It cost him the chance to pit his wits against City, where his absence was keenly felt and lost United any shred of hope they had of challenging City once and for all. A harsh lesson hopefully learnt, and it is surely just a matter of time before Pogba helps decide a game against the likes of City, Chelsea, Spurs, Liverpool or in Europe.

Ander Herrera’s stock was at its highest in Stockholm in May. A performance filled with gusto, bravery, tenacity and bite, he was the new captain-elect with Wayne Rooney’s departure all the more inevitable.

The trajectories of Pogba and Herrera could not be more contrasting. In Antonio Valencia’s absence, Pogba has the armband strapped around his bicep, with Herrera invariably warming the bench. The questions as the Europa League silverware was held aloft were whether Pogba would use that match, a big one with a telling contribution, as a stepping stone to greater things. Now the questions linger over Herrera, and whether he can step up again.

Let’s not beat around the bush. Many saw Pogba as a mercenary and lacking patience when a midfield of Fabio da Silva and Ji-Sung Park faced up to Blackburn Rovers in THAT nightmarish match. Mino Raiola has notoriously been a fat cat and Juventus saw the wages Pogba’s camp were demanding to be a snip, knowing the potential they could coax from him.

United were the ones to blame, failing to acknowledge they had a veritable world beater on their hands. It felt very much a case of unfinished business, though. Pogba could not help the terms he left on, but probably felt a modicum of guilt and regret about the situation.

This is a guy who is playing on the stage he always thought he would. Pulling on the red shirt that he loves, this is not a player obsessed by the £90M price tag or making a career recklessly, as much as the dancing and whatnot appear to some as not giving a damn. He celebrates lavishly with the fans, enjoys being the orchestra of Mourinho’s piece and feels a deep affinity to our great club.

Pogba had Real Madrid fluttering their eyes in his path, he did not give in to the temptation of learning under the stewardship of his fellow countryman and idol in Zinedine Zidane, he listened to his heart.

His heart is red. Jose was right. £90M is proving to be decent value, indeed.