On the Saturday before the Manchester Derby, a waiter brought a tray to two middle-aged Iberians sitting in the back corner of a cafe’s garden. He placed a demitasse in front of the furtive-looking man with the shock of grey hair atop his head and the colourless mole just above the jawline.

The man gave him a brusque nod but didn’t establish eye contact.

Next came a tall mug crowned with whipped cream for the other gentleman. He was dressed in slim-fit jeans and a skin-tight long-sleeve sweater. A loose-knit scarf was thrown around his neck, His scalp appeared freshly waxed, but he wore a three-day beard. His large brown eyes, as always, seemed to express an emotion halfway between guardedness and mischief.

“Triple, venti, half-sweet, non-fat, caramel macchiato,” the waiter intoned. “With whipped cream.” There was the slightest hint of disapproval in his voice.

The man took up the mug in both hands, sipped, then looked up. “Gracies,” he said, his smile topped by a frothy new mustache.

The waiter nodded, making sure he turned away before rolling his eyes. He hurried back through the empty garden, eager to get back inside. It was December in Manchester, for chrissakes. He was well  aware his customers desired privacy, but this was taking it too far.

Behind him, the grey-haired man chuckled wryly. He held out a napkin for his companion.

“Must you always order whipped cream with your coffee, Pep?”

His friend laughed, dabbing at his mouth. “Life is too short, Jose.”

“That it will take away from the match, Pogba being unavailable. It would be wonderful to see him and Kevin on the same pitch.”

“I wonder whether you would feel the same after the match?”

Pep chuckled. “Of course I would. It’s always pleasant to win.”

It was Jose’s turn to laugh. “Don’t count your eggs yet, my friend. Your boys have been struggling of late.”

“True, true. Things were becoming too routine. But they will be switched on. The Manchester Derby will be just like El Clasico.” He shifted on the chair, adjusting his scarf. “Only colder.” 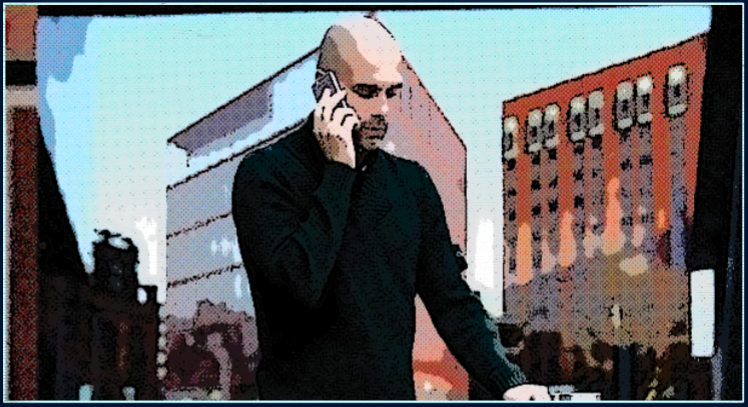 “Maybe if you bought a coat.”

“It would be nicer if we could just do this inside.”

Jose shook his head. “The fans need their illusion. They do not want us to be anything but at each other’s throats. Especially before a match like this.” Sarcasm creeped into his voice. “So, how is Silva? Still wasting away?”

Pep smiled. “The priest has not been called, but we shall see. What of Jones?”

Pep laughed. “I enjoy these meetings. You know, Ferguson used to have a glass of wine with his counterpart after matches. Even with Wenger. It would be better if we could be so open without everyone getting up in arms.”

The waiter rubbed condensation from a pane of glass on the door so he could check on his customers. He was extremely reluctant to step into the cold unnecessarily. Neither man looked in his direction, however.

“It is life,” Jose said. Without looking towards the door he made a gesture, as though writing. “I must put the squad through its paces one more time. I hope you understand.”

Both men plucked their respective phones from the table.

Jose frowned at his friend’s tech savvy, then punched out a number. The waiter arrived, placed their cheque on the table, then scurried back to the warmth indoors.

The two men looked at the cheque. Neither made a move. After a moment, Jose rolled his eyes.

“It most definitely is.”

“You are just saying that because you know whoever pays before we play one another ends up losing.”

“That is why you don’t want to take your turn.”

“We could split it and settle for a draw. Everyone knows you’re going to park the bus anyway.”

Jose snorted again. Both men stood, pulled out their wallets, then looked towards the door. The waiter didn’t bother turning before rolling his eyes this time. He went outside, collected the cheque and credit cards from each man.

“Follow me, gentlemen. If you think I’m coming back out here again, the pair of you will be waiting until well after the game’s over.”

Jose smiled at the back of the man’s head as he and Pep fell in behind.

A few minutes later, the two men stepped out onto the street. A pair of sleek sedans were waiting. Before he slipped into his, Pep looked over at his friend with a wide grin.

“You know that I’m going to kick your ass.”

He ducked into the car and pulled the door closed before Jose could offer a retort. The grey-haired man was halfway to his friend’s car when it sped away. Cursing, he watched it go. When it turned, a few blocks down, he went back to his own car. Still angry, he looked down the empty street.

“Maybe everyone else has a point,” he muttered. 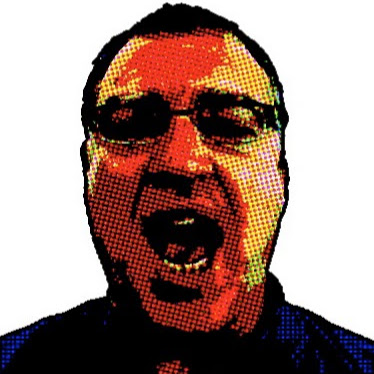 Martin Palazzotto is the former editor of the now defunct World Football Columns. He also has written for other deceased football blogs, including the Equaliser, Gib Football Show, Man and Ball, and strange bOUnce. Hopefully, that trail of carnage does not bode ill for Stretty News. You can also find him on It’s Round and It’s White.

Purchase his entertaining collection of sport fiction and United may just salvage this season.