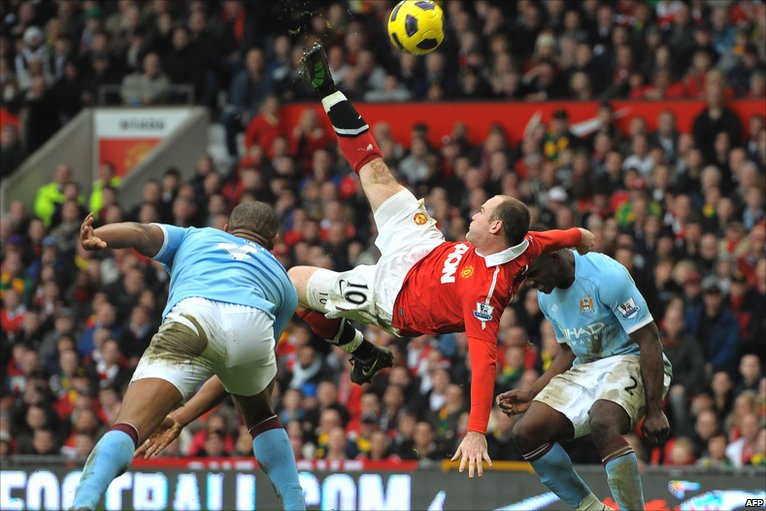 Wayne Rooney, a promising teenager when he arrived at Manchester United 13-years-ago, became the club’s outright leading goalscorer last season. Months later he’s about to leave the club for Everton, granted The Sun’s exclusive comes to the surface and he joins Ronald Koeman’s squad before the transfer window shuts.

A free-kick against Stoke City brought his 250th goal for United as Rooney, on as a substitute, surpassed Sir Bobby Charlton’s record.

“[It means] a hell of a lot,” said Rooney. “It’s difficult at the moment to be over-pleased because of the result — two points dropped — but in the grand scheme of things, it’s a huge honour for me. It’s something I never expected when I joined the club but I’m really proud and hopefully, there’s a lot more to come.”

Rooney went on to score another three goals for United bringing his record to 253 — a record that we probably won’t ever see beaten unless Marcus Rashford or another young promising player can take the Old Trafford club to similar heights as the former Everton youth graduate.

The striker made 559 appearances for United since joining the club from Everton as an 18-year-old in 2004 and during that time he has established himself as England’s most prolific marksman, with 53 goals from 119 caps so far, surpassing Charlton’s tally of 49. And, when Rooney eclipsed his 44-year record, Charlton was there to witness it: “He’s a true great for club and country. It’s fitting he is now the highest goalscorer for both United and England.”

With Rooney on course to leave United, I take a look at his best goals in a Red shirt.

Rooney opened the scoring with a magnificent lob over the head of Hammers goalkeeper Adrian — emulating David Beckham’s famous goal against Wimbledon in 1996.

It was fitting that Beckham was in the stands at Upton Park to witness the finish, only to be caught laughing on camera after the outrageous effort found the netting.

Rooney then doubled United’s lead just past the half-hour mark, with Mark Noble’s clearance from Ashley Young’s low cross rebounding into the net off his shin.

A young Rooney would see United progress in the FA Cup against a rather lacklustre Middlesborough side. He scored two marvellous goals in the second half. The first would become one of his greatest ever; lobbing a poorly positioned Mark Schwarzer after bursting clear of the defence on to Garry Neville’s through ball.

In hindsight, that was vintage Rooney. Aggressive and willing to try anything.

On the same day, former Middlesborough manager Steve McClaren said: “It’s [Manchester United] a club for heroes, and he [Rooney] will be a hero here. He is already.”

For a lot of people, this is Rooney’s greatest United goal but I can’t help being pedantic. It was a crucial goal because it not only won the game for United it also put rivals Manchester City out of the title race.

The reason it’s not number one is I always found it misfortunate how the ball ricocheted off Rooney’s shin-guard. Of course, many of you will say that’s a stupid complaint given the goal’s significance, and you’re probably right, but football is a game full of different opinions.

Moreover, Sir Alex Ferguson couldn’t quite believe what he had seen. Speaking after the game, he said: “I’ve never seen a goal like that in my life. It was an absolutely magnificent goal.”

United were a goal behind, trying to find a better reaction than they managed in Rome two years previous when their self-belief and organisation began to wilt as soon as Barcelona took the lead, and they found it within seven minutes.

While Michael Carrick and Fabio Da Silva won the ball following a Barcelona throw, Rooney set off on a diagonal run. After an exchange of passes with Ryan Giggs, he hit a confident drive past Victor Valdes as soon as he had clear sight of goal.

It was a call beautified with sheer technique and instinct but sadly Barcelona restored their lead.

The curse of the commentator strikes here, but this time in favour of United. And, despite how bad you think Rio Ferdinand’s hair was at the time, nothing can take the brilliance away from Rooney’s unstoppable volley.

With United 1-0 down, Rooney was screaming at referee Neale Barry until he spotted an underwhelming header by Peter Ramage. Rooney charged forward and unleashed a powerful volley that Shay Given would have done well to see.