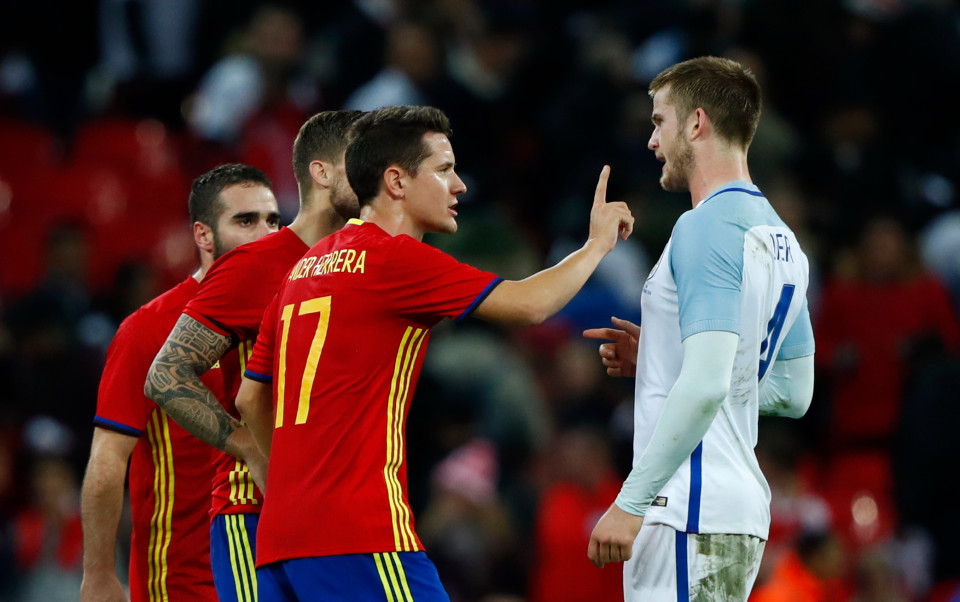 Former Tottenham Hotspur manager Tim Sherwood has praised Eric Dier and admitted that he can see why Manchester United have been linked with the midfielder.

United fans were divided on social media when it was initially reported that United were keen to negotiate a deal for Dier, with the majority not being in favour of a transfer. That opinion grew when Paul Pogba made the England midfielder look like an amateur in a recent international friendly.

However, it can be argued that Dier would provide United with a useful option at the base of midfield if he was to move from Spurs.

Sherwood told talkSPORT, as per Football.London: “He’s someone I looked at when he was 15 or 16 when he was in Sporting Lisbon. We tracked him and had him in at Tottenham.

“He’s done well. He’s a reliable, versatile player. He can give you everything. He knows his limitations. He can sit in or he can be that number 6. I can see why United want him.”

Eh, no thanks. Daniel Levy has already quoted United bosses £50 million for Dier this summer, and not even Ed Woodward is stupid enough to fall for that.

Give me Nemanja Matic or Fabinho over Eric any day of the week.