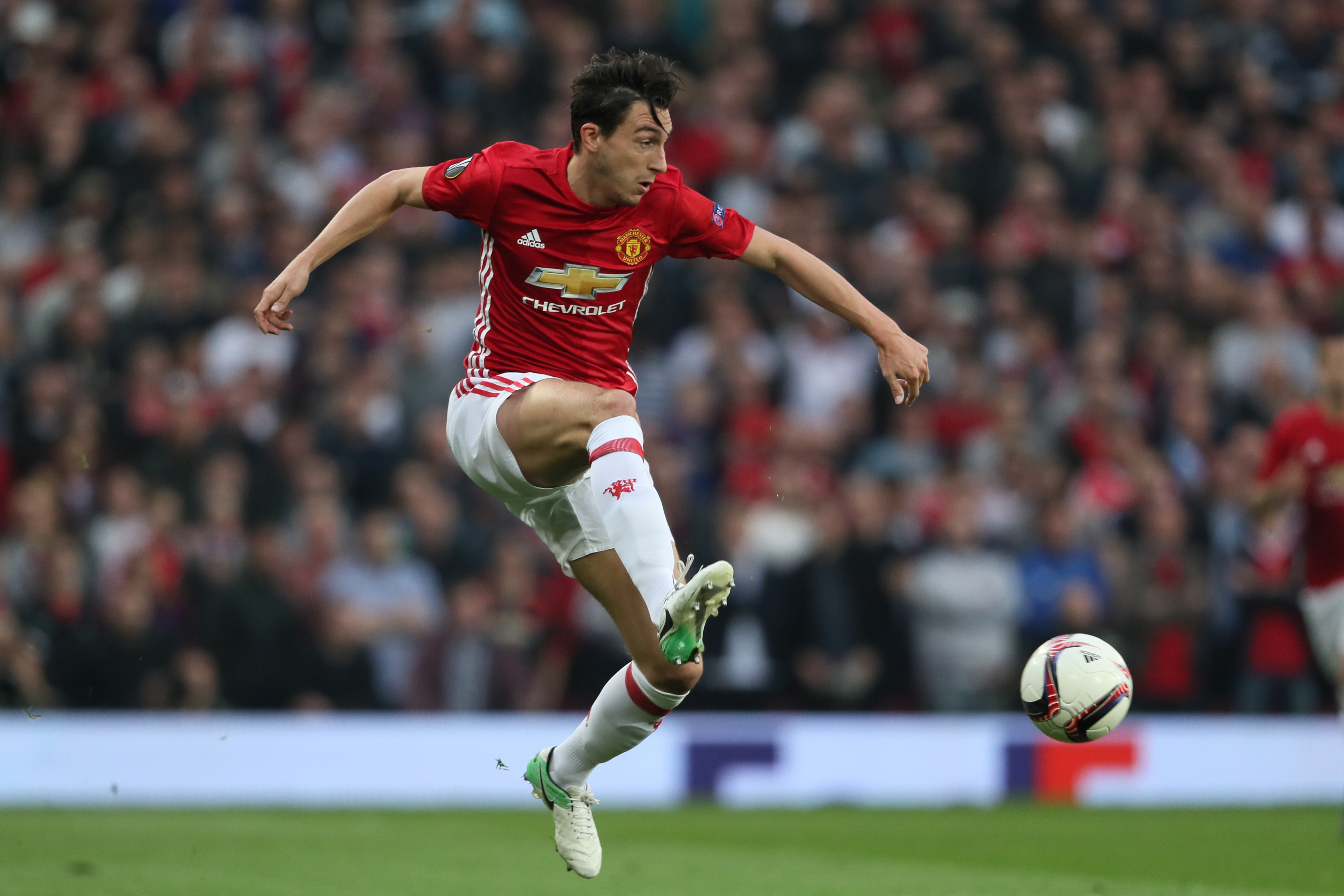 Matteo Darmian took to life at Manchester United like a duck to water. Accomplished displays at home to Tottenham and away to Aston Villa in the opening games of the 2015-16 season gave United fans hope that they long last had an heir apparent to Gary Neville. His reading of the game and positioning were particularly impressive and duly noted by the Reds legend himself.

His standout start was marred by an error-prone Champions League away game in Eindhoven – most known for being the match Luke Shaw snapped his leg like a matchstick – which United went on to lose. He never really recovered from that and had subsequently faltered in his attempts to get back to those initial high standards.

That was until Darmian was trusted and called upon in the big games of Jose Mourinho’s first season in charge, particularly as the season entered its climax. That impressive form has alerted the Champions League’s losing finalists, and Italian heavyweights, Juventus, who are looking for a replacement for their departing full-back Dani Alves, seemingly heading across our noisy neighbours.

Darmian could not get a gig in that right-back berth due to the unrelentingly top drawer performances of Antonio Valencia, galvanised by the arrival of Mourinho. Instead, with all the uncertainties at left-back, Darmian turned in quality performances, notably against Pedro of Chelsea in the league victory and Bertrand Traore, their player loaned to Ajax, in the Europa League final.

Luke Shaw’s time at United has been decimated by a catalogue of injuries and fitness concerns. Daley Blind was adept at centre-back, but never really made the left-back position his own. Likewise Marcos Rojo, more than adept, in fact United’s most improved player, at centre-back before a cruel injury robbing him of the start of next season.  Ashley Young was nothing more than a stopgap, a case of needs must.

The left-back berth is up for grabs again, with no apparent long-term solution. That much is clear with previous links to Tottenham’s Danny Rose and Monaco’s Benjamin Mendy earlier this summer.

Will Darmian still be here to carry on his good work? Let’s not kid ourselves and draw any conclusions from my praise, he is no world beater, nor the best left-back in the country. He is versatile, a willing squad player and seemingly more settled in Manchester. United have the added carat of Champions League football next season, where the benefits of boasting a big squad will be essential to progression.

He has not made the position his own, a positional error on his part led to a potentially costly last minute equaliser being shipped in last year’s first leg Europa League tie against Anderlecht, a demonstration that the odd loss of concentration is visible in his game. Compared to his positional rivals, Luke Shaw should, on paper at least, be a few lengths ahead of the Italian for that left-back slot, given his potential and attacking qualities. That has, thus far, failed to materialise and Darmian is a sure candidate.

Would a reported offer of £20M prove too good to resist? Maybe. For the avoidance of doubt, I would not be gutted if Darmian headed to Turin, just disappointed.

He showed promise towards the end of last season. It would be a sensible move to retain his services, given the lack of outstanding options in that position.

2 responses to “Matteo Darmian to Juventus? Should United sell?”