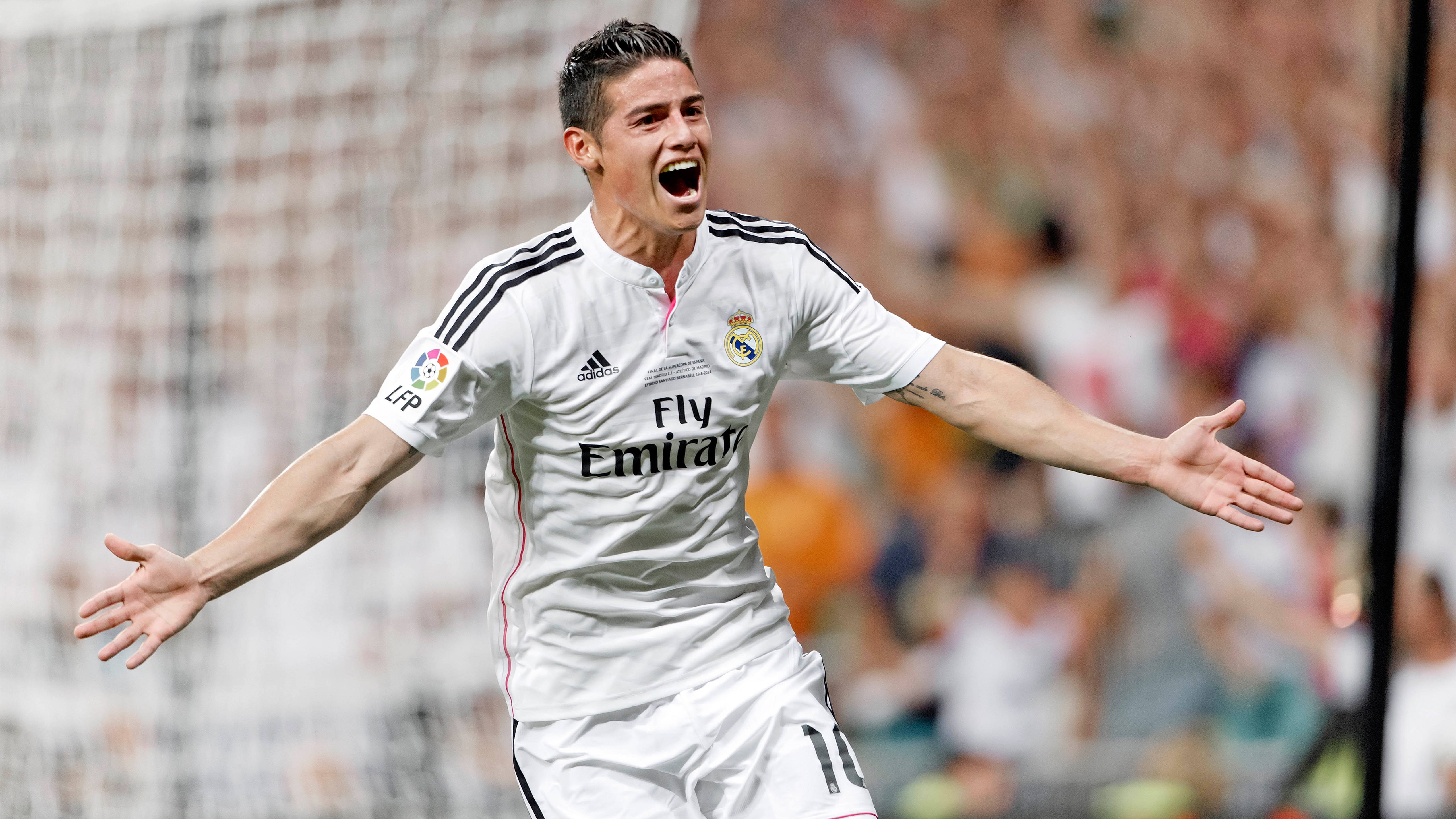 Manchester United are leading the race to sign Real Madrid star James Rodríguez in the summer transfer window, according to Sky Sports’ La Liga Expert Guillem Balague, with Chelsea and Juventus also thought to be “considering” a move for the 25-year-old.

“On James. Real want to sell for at least €60 [million].” Balague announced on Twitter. “MUFC clear favourite. Juve, Chelsea considering it. Just when stats show he’s at his best.”

James out of favour under Zidane

It’s believed that the Colombian midfielder has grown increasingly frustrated with his limited game time this season – where he’s only featured 29 times for Los Blancos – and is ready to depart for a new challenge.

After stealing the show in the 2014 Brazil World Cup he was confirmed as a Galácticos with AS Monaco receiving around €80m, making him the most expensive Colombia international of all-time – surpassing Radamel Falcao’s €60m move from Atlético Madrid to Monaco in 2013.

He’s failed to set the world alight during his three years at the Bernabeu though, which is a surprise considering his pace and technical traits are normally the attributes acquired by successful players in Spain.

José Mourinho is a keen admirer

It’s no secret that José Mourinho likes the versatile no. 10 and it’s been reported for a long period of time that Manchester United will be looking to bring him to Old Trafford as Wayne Rooney looks set to leave the club in the close season.

Balague’s comments come after Spanish news outlets stated that a deal had already been agreed between both United and Madrid this week and could include David De Gea moving in the opposite direction bearing in mind Florentino Perez’s desperation to make him the latest galactico in the capital.

James’ agent Jorge Mendes enjoys strong links with the Red Devils already – being the agent of manager José Mourinho – which has ignited claims that he’s England-bound, and could play a huge part in what promises to be a big 2017/2018 season.