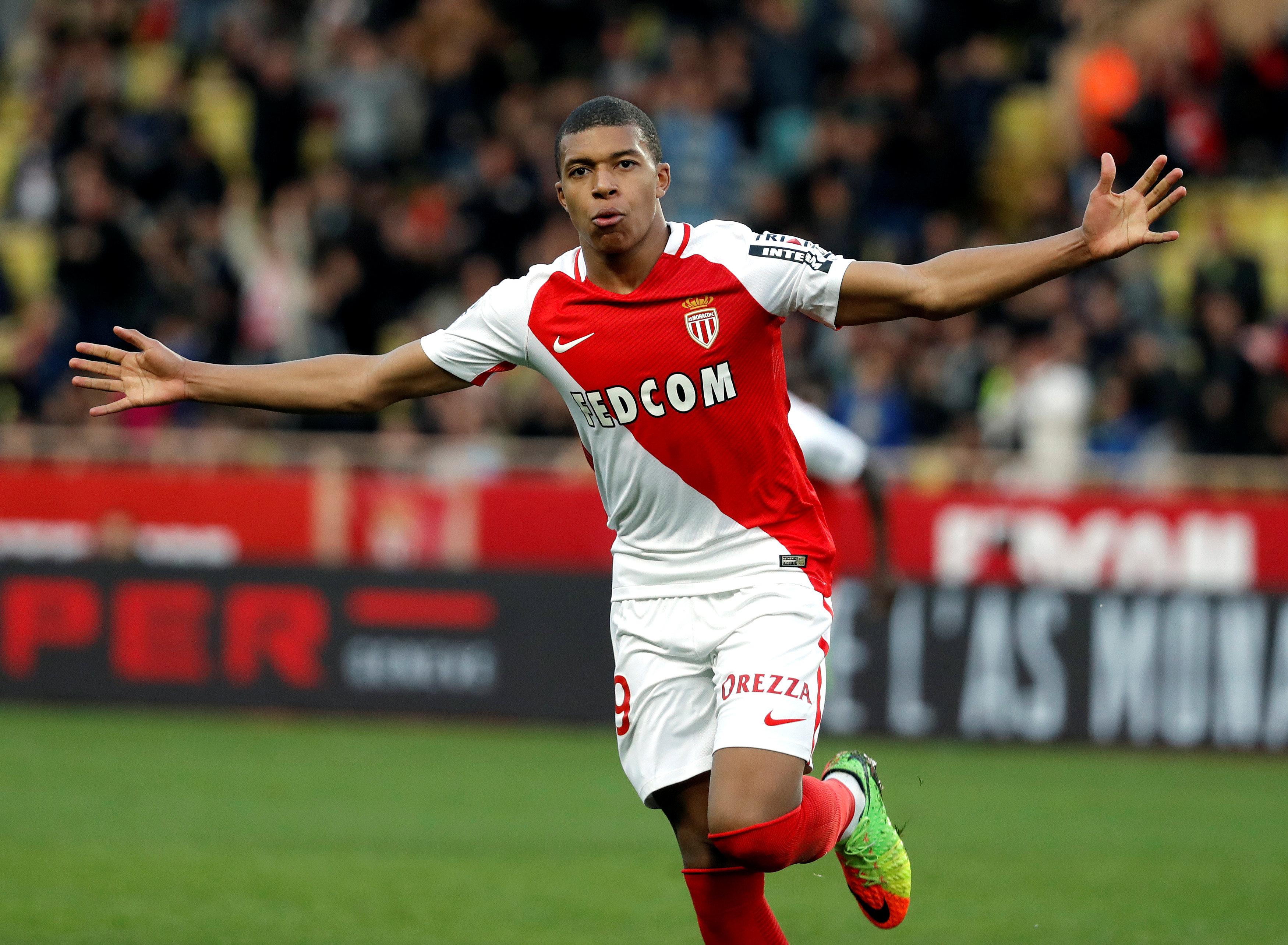 According to reports, Manchester United have had a lucrative £72m bid for teenage ace Kylian Mbappé turned down by AS Monaco, with the French champions-elect expected to want at least £100m for their prized youth product.

The 18-year-old has turned into Europe’s hottest prospect under Leonardo Jardim in the south of France this season, scoring 24 goals in 38 games including five in his debut UEFA Champions League run.

Sky Italy announced on Tuesday that “José Mourinho has in fact offered 85 million euros” (£72m) but added that “Monaco ask for between 120 and 140” so it’s unclear whether United, despite their financial strength, will be willing to increase the offer.

For that price, you would’ve thought that José Mourinho’s only close competitors for his services would be Chelsea, Manchester City, Real Madrid and Barcelona, so it seems like whichever team does come out on top will simply rely on how high they want to go.

The young Frenchman has already drawn comparisons to Arsenal and France legend Thierry Henry with his blistering pace, impressive physicality and impeccable finishing technique making him an all-around complete striker.

Hailing from Bondy, Monaco’s no. 29 has already won the hearts of the Red Devil faithful after helping Les Monégasques boot Manchester City out of the Champions League Round of 16 earlier on this season.

But with the Reds seemingly interested in AS Monaco trio Benjamin Mendy, Tiemoué Bakayoko and Fabinho, it’s almost impossible that all four players will depart for Old Trafford – so it might be more sensible to wait another season to see how Mbappé develops further.

The positive thing though, if these reports are to be believed, is that United are truly showing intent to bring in the best talent in the world as José Mourinho attempts to help the current squad evolve into winners again.