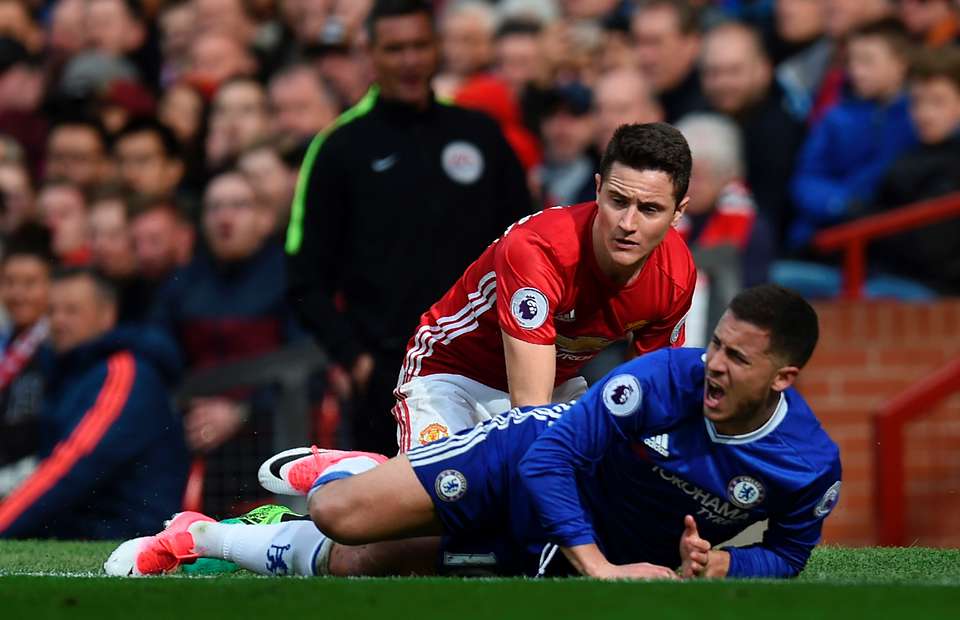 Eyebrows were raised at Mourinho’s selected eleven on Sunday – No Ibrahimovic or Mkhitaryan, with a prioritisation of the Europa League, who’d have thought it, as the new modus operandi and Anthony Martial nowhere to be seen. The latter was more a reflection on a hugely disappointing second season after a stunning rise to prominence, but the likes of Fellaini, Young, Darmian and Lingard would have hardly left Chelsea supporters quaking in their boots pre-match.

It was workmanlike, industrious, more perspiration than inspiration but it was mightily effective. Nullifying the opposition is hardly a stock United primarily invest in, but to see the champions elect barely get a kick, struggle to create cutting edge chances and frankly get run ragged by a hungrier and more vibrant United side was a pleasure to watch.

To a man, United were faultless and yes that includes Paul Pogba. Look across every area of the pitch, United did not lose a battle. Mourinho’s masterplan was first trialled at Stamford Bridge, only to be sabotaged by ill discipline from Ander Herrera. A second glimpse of Operation Hazard was on evidence at Old Trafford with Herrera, perhaps a risk not fully calculated following the red mist in that FA Cup tie, tasked with personally handling the Belgian. Hazard was auditioning for his summer move to Madrid with his constant hitting the deck and getting unduly protected by the referee, but that’s beside the point. Herrera was a revelation and, for mine, the best player on the pitch.

When Michael Oliver showed the brilliant basque his marching orders to all but end United’s hopes of retaining the FA Cup, I raised questions about whether he had jeopardised his chances of putting himself in the frame for the United captaincy in future. That will be a topic of discussion in the not too distant future, I suspect. He always plays on the edge and at the risk of having his name scribbled in the ref’s notebook but, when he bustles round the pitch never giving his opposite number a moment’s peace, he really does lead from the front. Hazard was marginalised big style, a veritable diversion from the norm this season. Herrera was sensational and symbolised the dogged determination United put in to a man. Jesse Lingard drew praise from Mourinho upon signing a new deal, it’s time to secure Herrera’s services long-term as he is entering dangerous territory contract wise.

I talked earlier about Mourinho mirroring his Stamford Bridge experiment, this was epitomised and mastered by the exuberance of youth up top, with Ibra’s and Mkhi’s absences answered with the unwavering running of Rashford and Lingard. Jadedness was the public reason behind Ibra’s benching, maybe it was a first glimpse of the future with the Swede still not certain to deliver on his promise of never leaving a job unfinished. Chelsea were petrified of the North West duo, two academy grads terrorising the leader’s defence and both receiving standing ovations, doesn’t get much better does it? Rashford ran himself into the ground and showed just why he is going to be a star at this club for years to come: Stretching defences, relentless work-rate and composure when it mattered.

No-one can confess to relishing a teamsheet with the likes of Young and Fellaini on it, with the pair hardly flavours of the month among the United support. Both have become reliable squad members, who do not grumble at that status and will do a job when called upon. Sunday was such an occasion, with United facing a balancing act squad wise. Fellaini has had his fair share of derelictions of duty this season, last Thursday being a prime example, however he seemed to be everywhere, cutting out attacks, being physically imposing and keeping it simple in possession. If nullifying is the aim, you can call upon Marouane.

Sunday was just flawless, capped off by Mourinho’s full-time antics, pointing to the badge. This was a man peeved with dealing with crap from Conte and the Chelsea faithful earlier in the season, a revenge mission clinically executed. Slowly but surely, this is a man getting to grips with the task faced ahead of him and the meaning of this club. Something tells me that we are into something good, indeed as the chant goes.

Mourinho delivered a masterclass that the United fans have been longing for in a big game. Now for Thursday and taking care of Europa League business.

One response to “Operation Hazard: Mourinho delivers a masterclass well worth the wait”