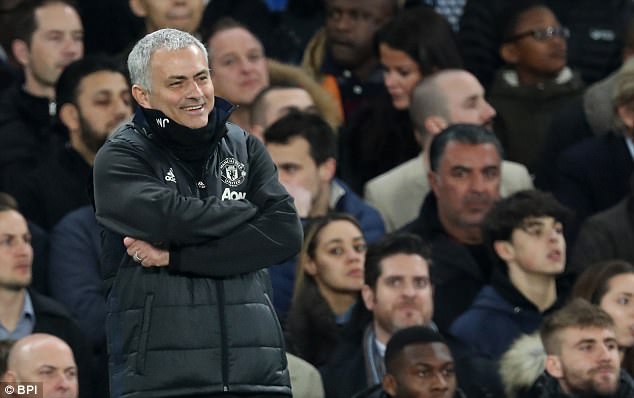 Before I dissect the quarter-final defeat to Chelsea, I want to make it abundantly clear that the decision making of Michael Oliver is not something worth reflecting on. For what it’s worth, refereeing inconsistencies and making a rod for their own backs with questionable decisions has become par for the course with an ever deteriorating standard of adjudication. Michael Oliver stands out as one of the best of a bad bunch, hardly a compliment. So I will skip over incidents which followed Ander Herrera’s red involving Diego Costa, Antonio Valencia and Marcos Rojo.

I like Ander Herrera. A lot, in actual fact. Like foreign imports Eric Cantona, Patrice Evra and Nemanja Vidic before him, to name a few, he ‘gets’ the club. Immersing himself in our great history, Herrera’s passion for the red shirt has made him universally popular among United fans. There can be no getting away from it though, Herrera cost us at Stamford Bridge.

United were behind the eight ball before a ball had even been kicked on Monday. The undoubted talisman, Zlatan Ibrahimovic, was ruled out following retributive action on Tyrone Mings’ temple. United could ill afford any kind of slip up or callous act of idiocy. You can dispute the warranty of either booking as much you as like, Herrera ultimately gave the referee a decision to make. With the crowd baying for action just as vociferously as their out of order manager, there was only going to be one outcome after Oliver had spoken to the previous culprit Phil Jones and captain Chris Smalling only seconds earlier.

Even though Eden Hazard rarely passes up an invitation to hit the deck, Herrera committing needless niggly foul after niggly foul was not isolated to Monday night alone. Earlier in the season, Herrera found himself walking back to the dressing room after similar misdemeanours against Burnley, who clung onto a goalless draw. His case is not helped by the amount of times you will see him give the referee lip after a decision against him. With United coping adeptly with eleven men, and in a game of that magnitude, you don’t give the opponent the incentive.

Now a player, who led from the front and got into the opposition’s faces, who went down in folklore was Roy Keane. Looking at how Herrera plays, snapping into tackles and not being able to contain himself, he has a history of ill discipline. His passion for the club, and being in the heart of the team, would have made him a contender for a future United captain. But with such ill discipline? It could well go against him. You can spit venom at Michael Oliver all you want, but Herrera let United down badly, simple as.

It changed the whole dynamic of the game. The in-form Henrikh Mkhitaryan was tragically sacrificed, with Marouane Fellaini asked to shore up a lighter United side. Poor Marcus Rashford was left incredibly isolated, with his task becoming more and more thankless by the second.

Chelsea eventually broke the deadlock through the indefatigable N’Golo Kante. There was so much wrong with the goal: The ease with which Paul Pogba allowed Kante the space to let fire, the inexplicable hands behind the back ‘defending’ from Marcos Rojo, restricting his mobility both in getting out to the ball and blocking the shot and leaving the otherwise imperious David De Gea unsighted somewhat.

United were caught between keeping the score respectable, with Mourinho ill affording another hammering at the Bridge this season, and keeping their hopes of retaining the FA Cup alive. They still conjured chances, the best falling to Marcus Rashford who did everything right, just denied by the outstretched leg of Thibaut Courtois.

Paul Pogba, who did not capitalise on his chance to shine despite starting the game well, dragged wide when he found himself in a rare bit of space. It was to no avail, as United suffered through one of their own. The media have stuck to Pogba’s back in their criticism like leeches. The £60m discrepancy between Pogba and Kante will always be an unfavourable comparison to United, but it appeared just as wide in the footballing terms too.

This is no bandwagon opinion from myself either, in my last rambling I bemoaned the fact United could not lure the perpetual motion Kante to Old Trafford. Every Pogba blemish is pounced on just as quickly as Kante retrieves possession. That pressure will exist until the costliest player tag is released from his shoulders. He has to learn to embrace it and Monday was another case of Pogba shrivelling when the opportunity came to dictate a titanic match. With Ibrahimovic suspended, this was the chance for ego number 2 to take the number one spot, albeit temporarily. The chance was emphatically spurned and overshadowed by a Frenchman on another level.

Albeit dispiriting and painful to watch as Chelsea played keep ball, running United into the ground in the process, there were positives to take: United rallied following the red on and off the pitch. It was valiant and defiant. The travelling support was unreal and that would have got through to the players. For all the ineptitude with Kante’s goal, Marcos Rojo never said die and it was warrior-like performance. Perhaps that view is somewhat exaggerated because there was something quietly satisfying about him about him taking out all his frustration and making it personal on Diego Costa but his performance really stood out, that costly blemish aside.

There was mass panic that United would play the game out striker-less with rumblings that Marcus Rashford would miss the game through illness and was not pictured with the travelling band. For him to, at times, run Chelsea petrified with his direct running given his condition was testimony to the young man. Realising he could ill afford to pass up the first opportunity to make the most of Ibrahimovic’s suspension, he gave his absolute all and passed his audition. He has had a more down to earth season this year after a beyond wildest dreams debut campaign but he has set himself up for a good finish to this season and into next.

Where would United be without the brilliance of David De Gea? This was, in some ways, a dream fixture for those of a Real Madrid persuasion: Which goalkeeper would showcase their talents with a view to a summer transfer? Truth be told, both excelled but De Gea’s save from Eden Hazard but particularly from Gary Cahill moments later was extraordinary. We come to expect these sort of saves from De Gea though, he is THAT good.

If Florentino Perez and Zinedine Zidane had their tellies tuned into the match, their eyebrows will have been raised, which is a worrying prospect as we approach the summer. Can United keep De Gea out of their clutches again? It is a question we approach with some dread.

United teams proceeding the Ferguson days might have wilted and caved in, but this United team did not lie down. Bowing out of the FA Cup is never nice, but despite all the tinges of regret and disappointment, optimism is also radiating. You did not get this feeling with Mourinho’s predecessors, surely a sign that we are in the right hands at last. Chelsea’s Special One has now turned to Judas, United are getting back on the hate map and how glorious that feels. Judas is firmly one of us and my respect for him reached its highest point in the aftermath of the defeat.

United can now claw back some momentum in the League and set their sights on Europa League triumph. Monday’s defeat now has to be shaken off ahead of the pivotal second leg against Rostov.

You would not back against United, with Ibrahimovic set to return for a fleeting visit, delivering the perfect response.

One response to “FA Cup exit is always hard to stomach, but United have the right pair of hands in ‘Judas’.”