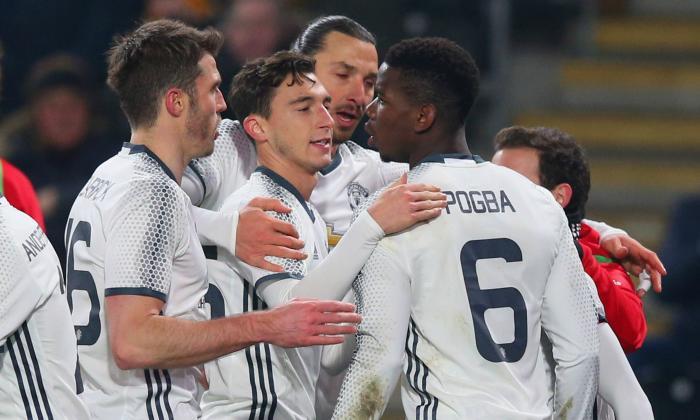 Manchester United secured their second major final in two seasons, as the EFL Cup final sees Jose Mourinho’s red and white army face Southampton on 26 February at Wembley. Win then, and The Special One will start his reign as Reds boss with some silverware to boast about — doubling the club’s trophy count of the post-Sir Alex Ferguson era following Louis van Gaal’s memorable FA Cup triumph last May.

Mourinho has won the League Cup three times before — at Chelsea — so he is not the sort of manager that sticks his nose up at inferior competition. He wants to win them all.  The unbeaten run is over which is disappointing.  However, the fans won’t mind because United are going to Wembley, and Mourinho has been rewarded for starting strong teams in both legs. His team didn’t play well but they did enough, which, when push comes to shove, is all that matters.

Everyone feared the worst when Oumar Niasse made it 3-2 on aggregate but United hung on despite an underwhelming performance. The home side seemed to drive forward with a degree of purpose and organisation that had been missing in previous displays.  New manager Marco Silva has instilled a fresh confidence into the team and more performances like this could see them yet escape relegation.  There was a sense of complacency about the lads, and I hope Mourinho delivered a bollocking in the dressing room at full time because that attitude would ruin the momentum we’ve gathered of late.

Reflecting on the game, again, Mourinho made five changes to his side that nicked a late
equaliser against Stoke City at the weekend. Out went Antonio Valencia, Henrikh Mkhitaryan, Juan Mata, Marouane Fellaini and Daley Blind while Marcos Rojo, Jesse Lingard, Michael Carrick, Matteo Darmian and Marcus Rashford came in.

After conceding a penalty against Liverpool, Paul Pogba needed an important goal. Without it, given Hull’s two goals, the tie would have went to extra time. Something United wanted to avoid due to fixture congestion and a fight to finish in the Premier League’s top four.

Marcus Rashford took his opportunity in the first team and contributed to the equalising goal. After setting English football alight last season, it’s important Mourinho finds a place in his team for Rashford, but that can only happen if he performs when given the chance. The boss already explained — when asked about Anthony Martial’s exclusion and recent form — that he has a squad full of players hungry for game time, and if the players selected are not proving their worth he cannot expect the rest to sit on their hands and look pretty.

Anyway, competition within a squad is healthy. And that perhaps is the main reason Liverpool were never going to win the title like many prematurely assumed they would.  Leaving Martial’s case with his agent and Mourinho for another day, we have a day at Wembley to look forward to. Something Liverpool fans can’t say in the lead up to February after being eliminated by Southampton. (So LONG, Mr Klopp)

It was a perishing night (-1C) but United’s away support proved again why they’re the greatest group of fans in the country. The boss made few comments to the press afterwards but took expressed his gratitude at the volume of noise coming from the away end.  “I don’t know if it was passion or if it was the cold but they were magnificent!”.  Martial probably wasn’t at KCON but the fans belted out his chant with gusto. Hopefully he listens to that rather than that ill-advised agent of his…

The faithful also rang the terrace with a new chant for Mourinho to the sound of Herman’s Hermits classic I’m Into Something Good. It has acted like an ear worm this morning with Reds worldwide humming the tune.

Something tells me I’m into something good,
Woke up this morning feeling fine, got Man United on my mind
Jose’s playing the way that United should

Meanwhile, some might say FC United will be left unhappy that we’ve pinched one of their chants, albeit with altered lyrics, but it’s not as if they’ve not fed themselves with our songs for years.

The sense of annoyance from most came about through the award of an extremely soft penalty late in the first half.  Although Hull were on top at that stage, few chances were being created.  To make matters worse, Jonathan Moss denied United a penalty when Tom Huddlestone, scoring of the home side’s opener, pushed Chris Smalling to the ground.

If it wasn’t for Paul Pogba being in the right place at the right time I would be writing this in a much darker tone. He is starting to rack up the goals at the moment and last night’s toe-poke pushed him on to second top scorer behind Zlatan.

Until next Tuesday’s column, hopefully we progress in the FA Cup at the weekend and win as much silverware possible this season.