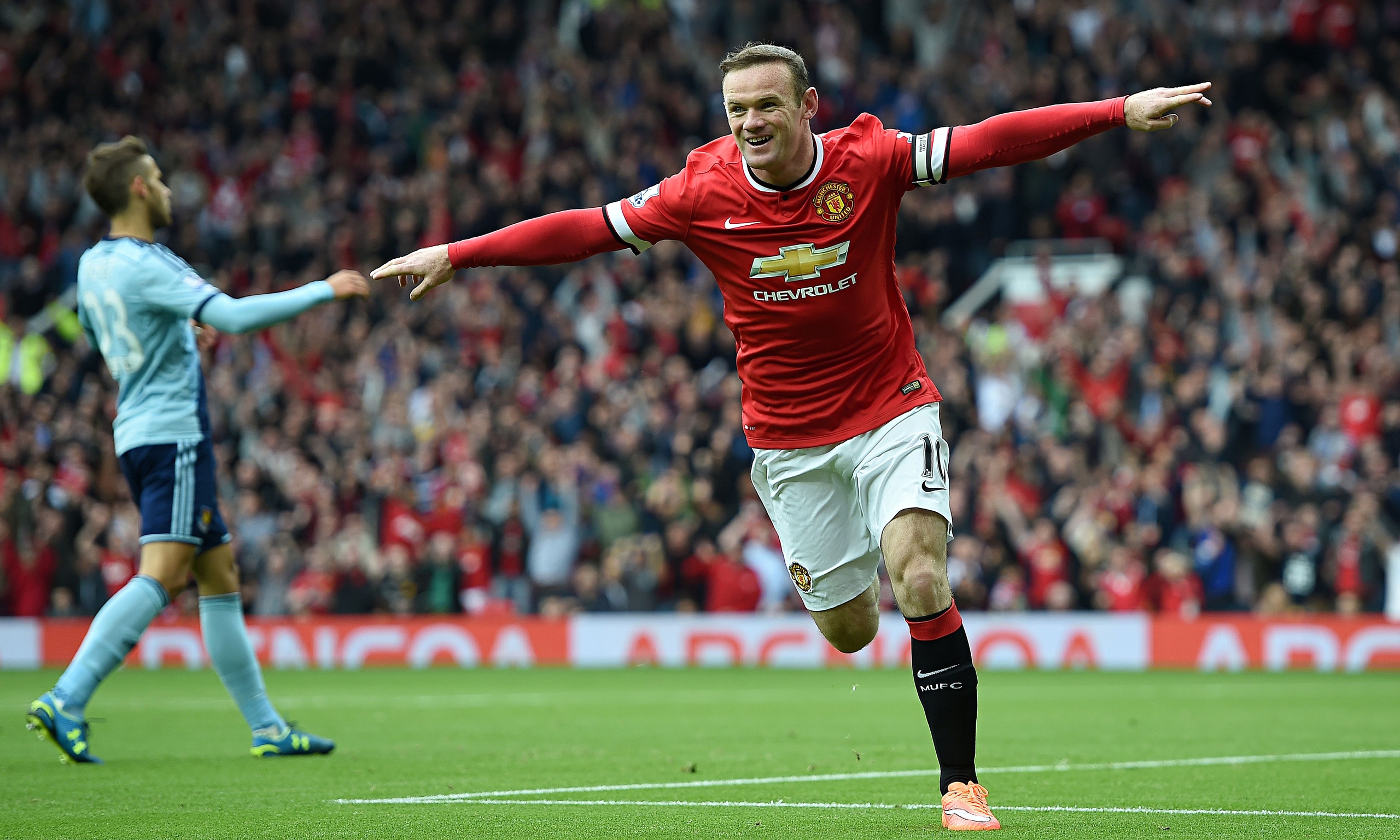 Well, he had to get there in the end. Goddammit, if we had to keep playing him until he was fifty years old, he would get that scoring record! The magic 250. A wicked and wonderful strike rasping into the top corner of Lee Grant’s goal, for the stick he gets, Wayne Rooney did a better job of sticking the ball in the onion bag than anyone else managed on Saturday afternoon. Once again United had 4,567 chances and chose to spurn almost all of them. However, blushes were spared with Wayne Rooney breaking a record that seemed to edge further away the more he reached for it.

In many ways, it is not hard to think only records have kept Rooney, these days, considering his steep decline. Over the last four years, Rooney has often looked an expensive albatross around United’s neck. Under José Mourinho, he’s been limited to the Ryan Giggs style beloved cameo. Although, without question, Rooney has looked better, and happier, since exchanging his undroppable status for the squad player role.

Nevertheless, the facts speak for themselves. Rooney managed to break Sir Bobby Charlton’s record in 212 fewer games that Charlton managed his 249. That’s a damn fine achievement, even more-so when considering he also has over 100 league assists, a feat only two other players in the last 25 years have managed. Rooney is the all-time club leading goalscorer, a record that will likely stand for some time, as the prospect of prized, attacking players staying at one club for over a decade is increasingly a novelty.

So all those numbers means that Rooney is great. Isn’t he?!

We live in an age of hyperbole and extremes. As Charlie Brooker said in his wickedly funny but ultimately melancholic review of 2016, everything is either rubbish or great. Plenty have argued Rooney is both. In truth, he is neither.

Leaving aside warring demi-gods Ronaldo and Messi’s freakish brilliance, Rooney doesn’t quite match up to the greats of his era. Andrés Iniesta, Xavi, Thierry Henry, Gareth Bale, Kaká and of course, Zlatan Ibrahimović, all achieved levels of performance Rooney at his best almost touched, yet just fell short. Moreover, those boys delivered consistently. Rooney, even at his rampaging best, was a patchy player.

On form, he was a force of nature. A category 5 superstorm that laid waste to everyone. Unparalleled work rate, amazing athleticism and astonishing technique. If Rooney possessed the ball anywhere within forty yards of the opposition goal, there was imminent danger. He could caress it, blast it, place or head it, and there was absolutely naff all you could do about it.

Forget his United debut hat-trick. Try instead his performance against AC Milan in the first leg of the 2007 Champions League semi final. A game billed as Ronaldo vs Kaka. Rooney rolled into town and stole the show, bagging a brace while dragging United to a 3-2 win they would never deserved without him.

However, when in one of his fairly frequent off-colour spells, Rooney was incredibly frustrating. Leaden-footed, ill-tempered, with the eye for the goal of a naked mole rat. Consistency has always been Rooney’s problem, no doubt caused by a lax attitude to his fitness, often turning up to pre-season training or returning from injury massively overweight.

Food, booze and fags galore, Rooney was the last ludicrously talented amateur to ply his trade for a major club.

It’s a sad fact such an attitude–not that he would give two f***s himself–prevented him from having the longevity his new teammate Zlatan enjoys.

Patchy does not make one great. Not in the true sense of the word. Still, Rooney is very good. True greatness is a feat few in a generation manage. Ryan Giggs, club legend that he is, was not great. Making 963 appearances alone is not greatness. He was injury prone and sometimes as capable of being utterly useless as he could be unplayable. Paul Gasgcoine, the man Rooney is so often compared to, didn’t even manage very good. Mental illness and poor choices in friends sabotaged his chances of anything more than brief flashes of brilliance.

“Very good” as a career assessment is no insult. Ninety percent of us won’t even manage that in anything except whinging. Rooney’s career has been very good indeed. Goals, assists, excitement and being an important figure in a club winning every major trophy available (we won’t count Ingerlund because it’s a waste of time). If any of us managed “very good” on our best day we would and should be extremely happy. Wayne Mark Rooney hit that standard on a regular basis, for which, as a Manchester United fan, I am extremely thankful.

He may never have reached true greatness but Rooney has etched his name in United folklore as an icon. In eventual retirement, he can look back on a career with no regrets whatsoever.

Have a drink on me, Wayne. Sod the press, you earned it.