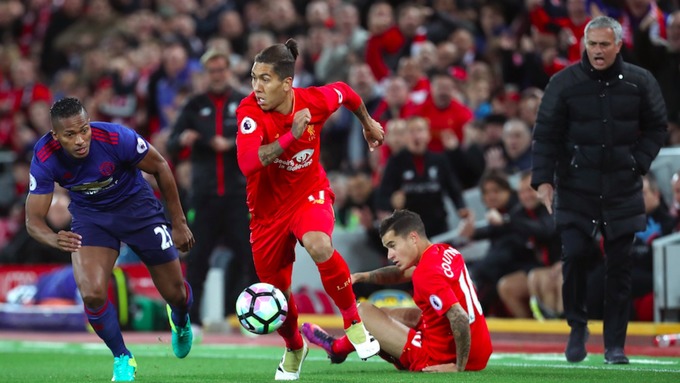 In the Premier League, this week, there are two main stories. In one, French set-piece specialist Dmitri Payet has announced his desire to be somewhere other than at the Queen Elizabeth Olympic Park with West Ham. With the Hammers struggling, he has come to believe there is greener grass on another Olympian pitch, namely Marseille’s Stade Vélodrome. This, after having signed a new contract then a favorable extension to same within four months. Understandably, manager Slaven Bilić feels betrayed. Publicly, he is refusing to sell the player on principle. However, his bosses, the Davids Gold and Sullivan, made their money in the porn industry. Getting screwed should be nothing new to them. Once Bilić has had a good pout, look for Payet’s belongings to be strewn across the Liz’s front lawn one morning ahead of training, a note attached to the door saying, “Go to Marseille if you think it’s so wonderful, you bastard!”

Whereas, in hindsight, Payet views the timing in signing his contract and extension as poor, the planets apparently aligned for FA schedule makers when it came to the Liverpool and Manchester United rivalry. Both sides played the first legs of their respective EFL Cup semi-finals to varied degrees of dissatisfaction and now must face each other in the Premier League at Old Trafford on Sunday even if they don’t meet in the cup final. United won their match against Hull but didn’t score the third goal which would have made the second leg a formality. Liverpool, meanwhile, lost to Southampton leaving it all to be done when the tie resumes at Anfield in a fortnight. Beyond their midweek performances, there are positives and negatives for both clubs, at the moment. There can be no question the match is as finely balanced as a derby can hope to be. Whose shoes would a neutral rather be in? On which side can you find the greener grass? It’s very difficult to say.

If the table is your final arbiter, Liverpool clearly have the upper hand. On forty-four points to United’s thirty-nine, they sit in second place. Assuming the three clubs between them, Arsenal, Spurs, and City, all win out, they would likely be fourth on goal differential over the Gunners. United would still lie sixth. Of course, it would be a much tighter group. Even more so should holders Leicester find a way to extend their unbeaten run to four matches for the first time since October, thereby limiting leaders Chelsea to one point or none.

If you’re into who’s hot and who’s not, United are riding a nine-match winning streak, unbeaten in fifteen. Conversely, Liverpool have yet to taste victory in the New Year in three attempts. United fans are obviously hoping inertia remains in their corner. Should trends remain unchanged through the weekend, they’ll be within striking distance of a Champions League place. The Premier League is anything but a vacuum, though. Outside forces abound. It’s inevitable one will come along to trip up a streaking club’s momentum. Chelsea learned that lesson at Spurs’ hands, last week. Their thirteen-match run snapped like a dried-out bamboo twig just when everyone seemed convinced the Blues had planted themselves in the league title’s path like a giant redwood.

Which club is under the most pressure? Losing to Liverpool will erase all the good work United has accomplished in the past two months. The rivalry is that important. Jürgen Klopp will make certain his squad is aware José Mourinho’s side has only played two top opponents over their last fifteen games, beating Spurs, but conceding late to settle for a draw at home against Arsenal. “Ripe for the picking” is a term he may use, or he may talk in terms of one side being due for a win and the other a defeat. In the other dressing room, Mourinho will be reminding his group how they contained Liverpool in a goalless draw at Anfield earlier in the season, that they are at home now, and have finally found their scoring touch. United should have every confidence in themselves, whereas Liverpool’s recent results have opened the door for doubt to creep into the visitors’ minds.

Will the first goal set the tone? Liverpool would like to think so. United have conceded early during their run, however, and come blazing back to claim victory. While ‘Pool are a more imposing side than Middlesbrough, they took the lead twice against Sunderland in their last league match but allowed the Black Cats to scratch out two equalizers. If David Moyes’ side can find ways to unlock the Reds’ defense, surely United can. Yet, the hosts shouldn’t think they can rest on their laurels if they break out in front. Replaying that Olivier Giroud header at the death a few times should remind José’s lads to play until the final whistle.

Will either side be missing key players? Klopp played Philippe Coutinho for thirty minutes against So’ton on Thursday. It shouldn’t be a surprise to see him in the starting XI on the weekend. Whether he can last an entire ninety minutes is another question. Reports say Jordan Henderson and Joel Matip are also back in training, although neither traveled to St Mary’s mid-week. Sadio Mané is a big miss, though, at the African Cup of Nations. For United, Eric Bailly is also in Africa on international duty and Zlatan Ibrahimović sat out against Hull on Wednesday due to an illness. Mourinho expects Ibra to be available, but only time will tell. He is less convinced Marcos Rojo will be fit, however.

Lack of rest shouldn’t figure in the match, although rust might. Liverpool have been allowed one day less to prepare, after playing on Thursday, but having played mostly youth players against Plymouth last weekend, recovery shouldn’t be an issue. On the other hand, the injuries to Coutinho, Henderson, and Matip mean Klopp hasn’t been able to trot out his preferred line-up in more than a month. Mourinho, meanwhile, has found his best group and identified the ideal substitutes to bring on in support. Roles are now well defined at Old Trafford. The Portuguese’s side has been going from strength to strength as the league and cup competitions overlap.

Are there any motivational aspects either manager can tap to give his side an edge? United’s surging momentum has given the players confidence. Yet, their position in the table, the frustration over still being on the outside looking in, leaves them with something yet to prove. That they can finally look into the eyes of an opponent they’re chasing should make them all the more eager. This group believes they should be in the Champions League places and wants to be there yesterday. For their part, Liverpool have to be frustrated with the media treating them as outsiders while talking up United’s title chance. The players have to be wondering which side is in second place and which sixth. They will be seeking to remind the world exactly how things stand.

As I said at the outset, the match is finely balanced. Each club has something the other wants, yet even in victory, neither will likely get it. Unless, you’re trying to book a flight to Marseille, all the more reason to watch.