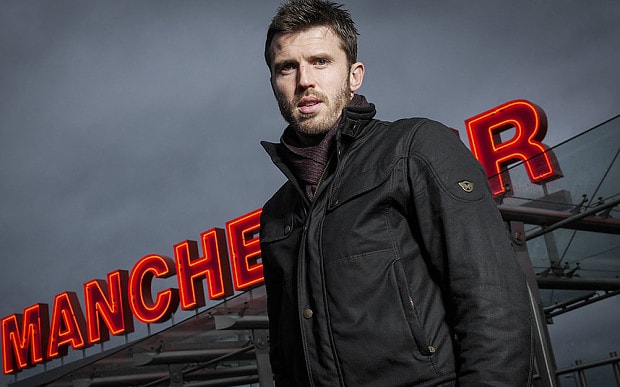 In the last series of Mid Morning Matters, Alan Partridge (Steve Coogan) invites a TV chef on the show to discuss all things of a comforting and romantic nature that food can bring. As the chef is about to start the seafood pasta dish, she mentions she’ll be using fennel. The presenter is livid! The chef, despite being a guest on the show, tries to mediate between courtesy and expertise. She assures the host that, while he may not like fennel and believes it will make the dish taste awful, without it, the dish won’t be the same.

Watching this scene took me back to a chat I had with our commander and chief at Stretty News regarding Michael Carrick getting another year at United. I was the Alan Partridge to Carrick’s fennel. The notion Carrick’s presence added any value or benefit to the side left a bitter taste in my mouth. My stat obsessed, never touched a girl, inner geek brought out the football manager.

Starting a player who produced such nothingness was pointless. He’d done amazing things at the club I’d always treasure but his benefit to the side was, as far as I was concerned,was entirely historic, in no way current. Nothing would ever change my stance on this debate. Nothing!

I retained this unflinching belief as the starting line up was announced in the EFL tie at Northampton. Carrick being chosen to play in such a secondary fixture was a sign even José Mourinho shared my belief. This was a match pace he could just about handle.

Over the following 90 minutes, I was given a huge amount to consider while watching Carrick do what he does. He scored a superb opener to help bring calmness to a squad left anxious by three straight defeats. In addition, he exuded an assured calmness that allowed the midfield to control the game. That sort of presence was exactly what had been missing during the shambolic performances which brought about those back to back defeats, the ones that had rocked any hope for José coming in and delivering immediate magic after LvG’s dire reign.

Could it be I’d got it wrong? Was this old boy actually capable of being the guiding light leading United through this third iteration of “transition” periods? Remembering Northampton was not Arsenal or City, I decided it was too early to know for sure. Yet, within no time at all, Carrick’s increased usage and positive impact in terms of both results and reviving the playing style so highly valued by those of us raised in the Busby way convinced me.

There can be few names above Carrick on the list of players who have done more to help the side turn this corner it what had become a highly confusing season. Since this change to the starting line up, we’ve seen United play with an assurance that has seen a top four finish transform from a pipe dream into a likely event. We’ve seen the players brought into win games actually starting to win them. They’re no longer running round like headless chickens, rather playing in an organised fashion and maintaining a solid rhythm.

Alan Partridge refused to admit that the dish he was served was far less enjoyable without fennel but I’m delighted to admit how wrong I was. For however long Sir Michael is fit to carry on doing as he does at United, we have to celebrate his ability to do it and cherish the impact he is having on an improving United side.