Henrik Mkhitaryan, the creative Armenian attacking midfielder who signed for the
Reds last summer from Borussia Dortmund for a reported £27m transfer fee, started in
a stellar team performance against Feyenoord which saw United pick up a convincing 4-0
victory. Claiming the vital 3 points under the flood lights at Old Trafford places United in a self-determining position in the Europa League’s Group A. The comprehensive performance looked and felt like United at their glorious best.

Under José Mourinho, however, Mkhitaryan had yet to been given the chance to truly shine (put your hand down, Zlatan). Hank’s last appearance for United lasted only until the half in the Manchester
Derby. His performance came under criticism from fans and pundits alike after he made little, if any, impact in the game. Subsequently, his long absence sparked concerns Mourinho may have lost faith in his second summer signing’s ability to flourish in the English League.

Finally given another opportunity against the Eredivisie leaders, though, the ex-Borussia Dortmund playmaker re-emerged. Recalled to the starting line-up for the first time in over 2 months, Mourinho
positioned him to play in a more fluid central role, slotting Michael Carrick and Paul Pogba behind. Reassured by their presence, Mkhitaryan exercised his license to roam free, dictating play in the final third.

From the very first whistle United flew out of the blocks, utilising their high-press,
up-tempo game to disrupt the Giovanni van Brunckhorst’s side. Hunting in packs, United relentlessly won the ball back in key areas of the pitch. Mkhitaryan was finding himself on the ball more and more often. It quickly became evident his natural attacking style would make him a key
figure in United’s ability to win the game.

Playing with confidence, it wasn’t long before his intricate passing and movement in and around the box began to unlock Feyenoord’s defence. Unlucky not to score himself on at least two occasions before being brought off in the 82nd minute, his overall performance and desire to venture into dangerous areas will undoubtedly give José Mourinho a headache as the Portuguese pencils in his starting XI against West Ham on Sunday. 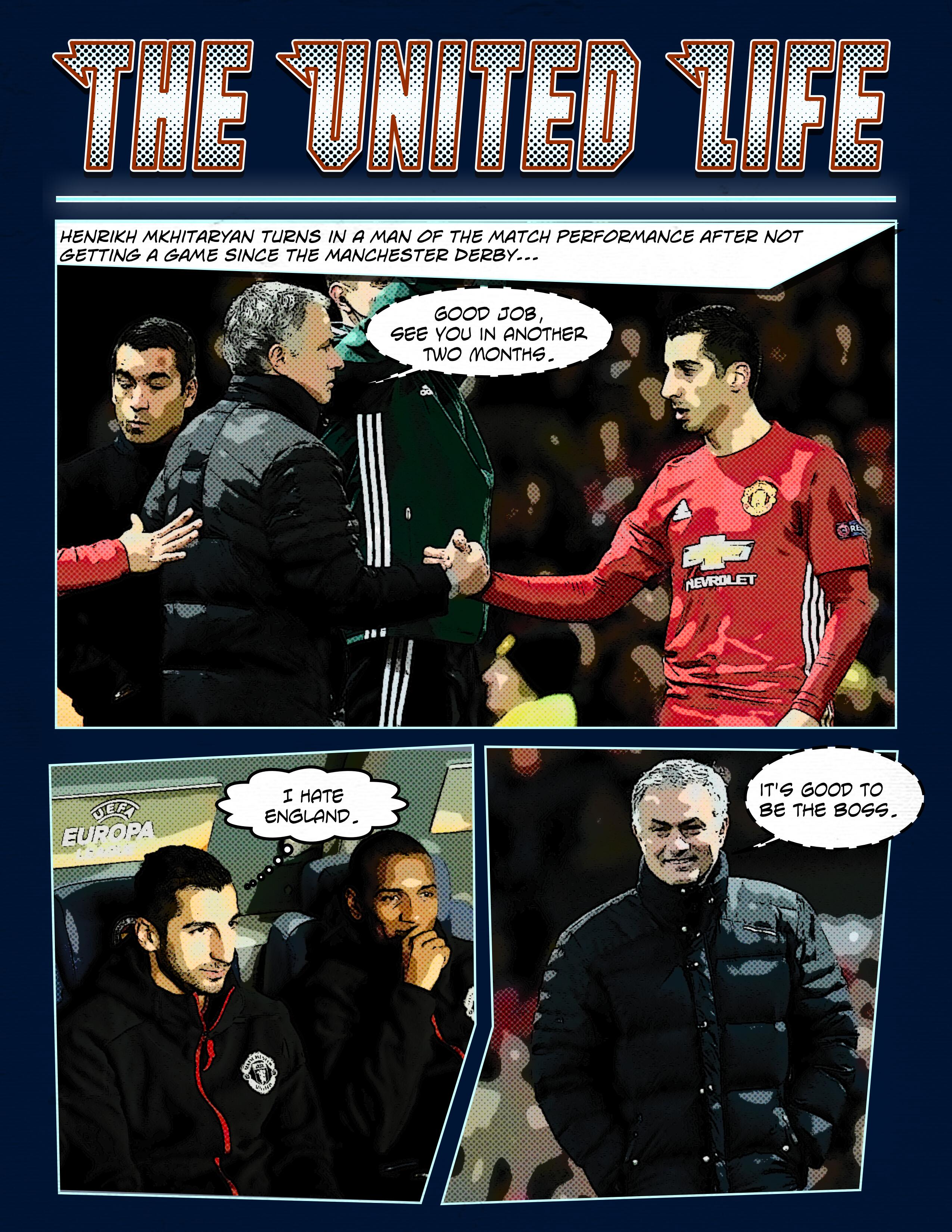 In the wake of such a wonderful display from the Armenian, fans must be feeling
as though the winter transfer window has opened a month early. Prior to last night’s game, United
had made 76 attempts on goal, converting only two. Concerns were being raised over whether the club needed to sign another quality player to bolster their attack. Now, after what was clearly
the evening’s stand out performance, the potential for Mkhitaryan to get United over the line ignites the imagination.

Expect to see the 27-year-old more in the coming weeks, especially with a naturally
congested fixture list over Christmas and the New Year. Henrik Mkhitaryan may not
only be the missing link that brings United’s midfield together, but he could also become the key to the Reds at last reaping the full rewards recent positive performances have deserved.

Guest blogger Leah Reeman is studying journalism at the Sports University of St Mark and St John in Plymouth, Dover, and is a staunch Man United supporter. Her Twitter handle is @LJReeman