If we’re being honest, most of us were dragged kicking and screaming into adulthood. We work because we must, but are always looking forward to opportunities for a bit of fun. Then there are the lucky ones, whose athletic talents allow them to indulge their inner child well into their thirties and forties, dependent upon how long their body can hold out. When Father Time does finally get in a late tackle, and professional athletes are forced to call time on their careers, reality can be difficult to accept. Many deny the inevitable for too long (put your hands down, you two). Some seek out other competitive avenues. Usain Bolt is among the latter.

At thirty-one, the world’s fastest human doesn’t have many Olympic races left in him, but he believes he can transition into football. What’s more, as a lifelong Manchester United fan, he would love nothing better than to take the pitch in a United kit for a meaningful match at Old Trafford. After his gold medal in the 100m final at the London Olympics, Bolt was given a ceremonial tryout with the Red Devils, then presented with an honorary jersey. Its number reflected his then-Olympic Record, 9.63 seconds.

Usain has since trimmed that time down to 9.58 while expanding his gold medal tally to nine. With his last finish line in sight, Bolt has begun to take his football dream seriously, even if the rest of us aren’t. Bundesliga side Borussia Dortmund confirmed earlier in the week he will train with the club at some point in the near future. BvB is not short on fast players, especially with Pierre-Emerick Aubameyang leading the line. So, the Jamaican ought to fit right in. The club’s CEO, Hans-Joachim Watzke framed it as both an honor and a favor to fellow board member and Puma CEO Bjorn Gulden, the athletic gear firm being the champion’s largest sponsor.

Even if the club remain unimpressed with Bolt’s footballing abilities, the sprinter is happy to use his fame to open doors. Nor is he the first to attempt such a crossover. Ron Tindall played football in the First Division during the ’60s for Chelsea, West Ham, Reading, and Portsmouth, but also top flight cricket for Surrey. Bo Jackson and Deion Sanders both played NFL football and Major League Baseball from the outset of their professional careers.

Michael Jordan’s dalliance with a second sport was more parallel to Bolt’s aspirations. Air Jordan dominated the NBA to the point, after three consecutive championships, he no longer found it a challenge. Two seasons struggling to keep a .200 average in minor league baseball, while riding on buses rather than chartered jets, brought him back to the Chicago Bulls a more humbled man. Picking up where he left off, Jordan won another three titles, then retired a second time. Still feeling the competitive fire within, though, his Airness also unretired a second time, only to struggle with the Washington Wizards before hanging them up a third and final time. He has kept his head in the game by becoming the Charlotte Hornets’ majority owner. His body still wants in on the fun, however. Now in his fifties, when the urge becomes too great, he occasionally takes to the court to teach an unsuspecting NBA prospect the old man still has some moves.

Today, college football sensation Tim Tebow, who never quite caught on as an NFL quarterback and is largely ridiculed for his evangelical beliefs, has embarked on a quest to reach baseball’s major leagues despite not having played the game since high school and being openly mocked for his “audacity” by the American sporting press. Still his celebrity attracted major league scouts to an open tryout, from which the New York Mets came away sufficiently impressed to sign him to a minor league deal. Tebow hit a home run in his first minor league at-bat, but then went into an extended slump. He was showing signs of coming out of his torpor when he injured a knee sliding into second base. To add insult to injury, he was called out on the steal attempt. The twenty-nine-year-old has a broadcasting career to fall back on, but is determined to continue battling the odds.

It’s easy to laugh at the Jamaican gold medalist’s folly, to suggest he should change his name from Usain to Insain, but such derision is merely a product of envy. Why should he give up his dreams? Why should Tim Tebow or Wayne Rooney? For that matter, why should we? At the very least, when social and economic reality force us to give up our wildest fantasies, we ought to respect and admire the bravery of those who defiantly hold onto theirs. The ones who do are winners, even though every one of them loses eventually. 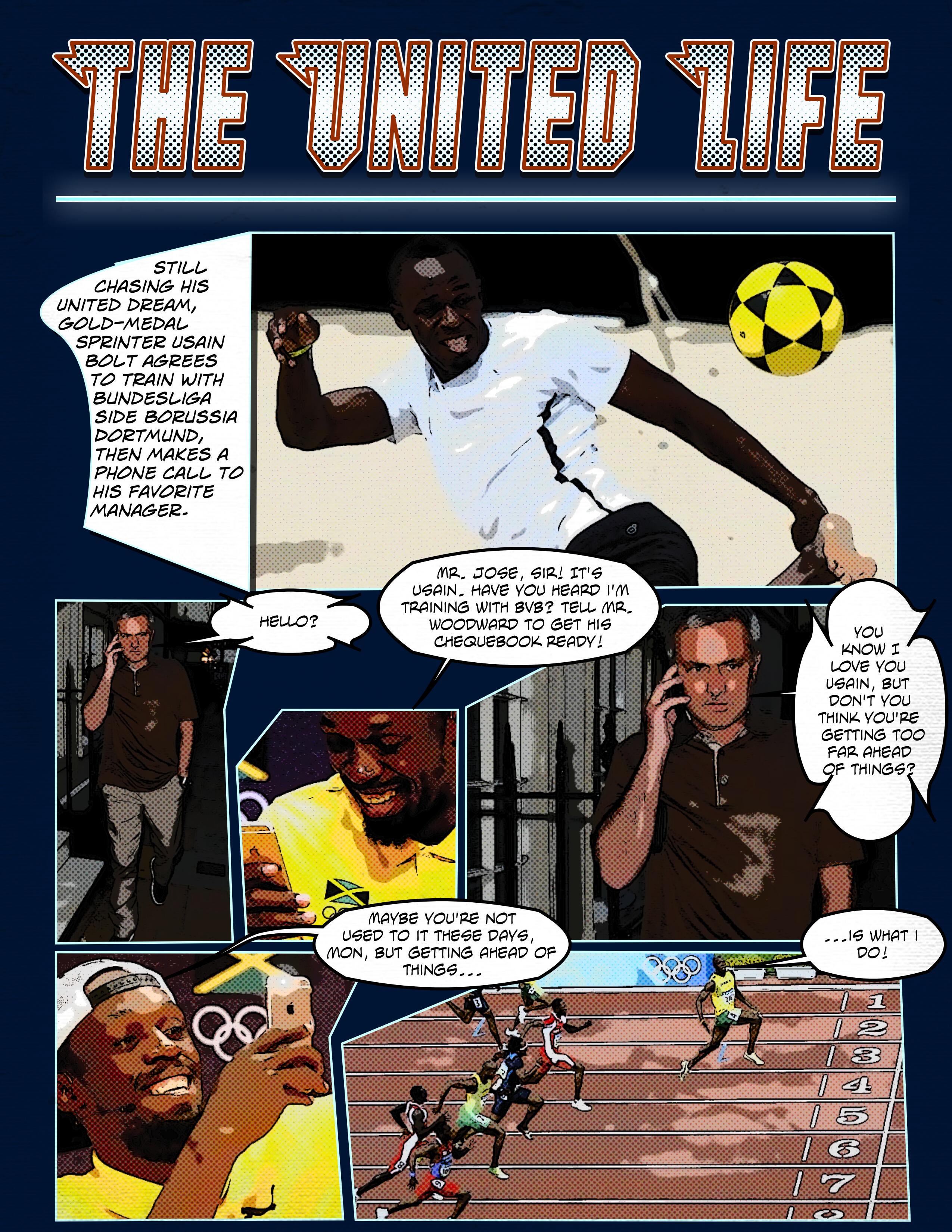