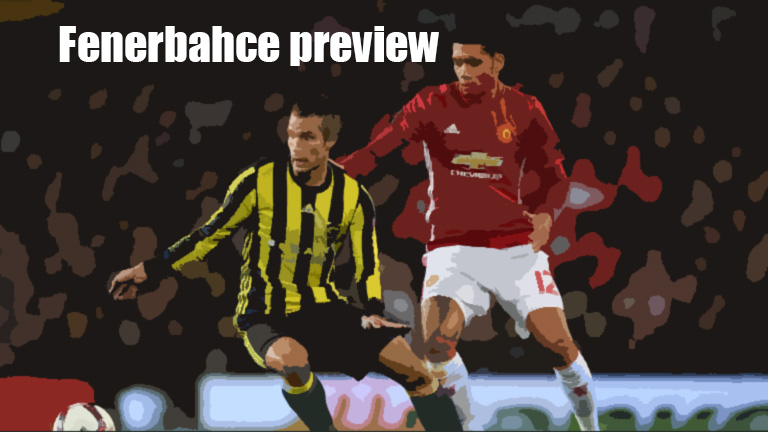 Manchester United can take a leap towards qualification for the knockout stages of the UEFA Europa League on Thursday, as they travel to Turkey to take on Super Lig giants Fenerbahce.

The hosts are currently two points behind both United and Feyenoord in the standings, and a win for the Reds would all but assure a spot in the next round.

Jose Mourinho’s men have already beaten Fenerbahce in their previous Europa outing, but away trips to Turkey are not easy.

The Turkish side have had a poor start to their domestic campaign, but have won their last two matches with clean sheets. Fenerbahce have improved since their defeat at Old Trafford and will look for revenge in front of their own fans.

United are suffering a bit of a defensive injury crisis with neither Antonio Valencia or Eric Bailly expected to feature for the club anytime soon.

Chris Smalling didn’t feature in he weekend’s draw against Burnley due to injury, while MEN journalist Samuel Luckhurst noticed a lot of fringe players taking part in training on Monday, including Phil Jones and Bastian Schweinsteiger.

Phil Jones’ return to training is still a bigger shock than Schweinsteiger’s.

It’s comes as a relief that summer signing Henrikh Mkhitaryan is included in the squad traveling to Turkey. Last week we covered the story about Mourinho’s concerns regarding the Armenian but hopefully a new chapter can begin with a start and solid performance against Fenerbahce.

Fenerbahce are undefeated in 12 of their last 14 matches in the Europa League.

Manchester United have kept 2 clean sheets in their last 2 matches in all competitions, just like Thursday night’s opponents.

Recent team selections in the Europa League have rubbished claims that Mourinho doesn’t want any involvement in this year’s competition. Given how the Premier League is shaping up top four is not guarantee.

Fenerbahce will be desperate to pick up a win, but United will be motivated after their recent run of poor results. I can’t see anything other than an away win in Instanbul.