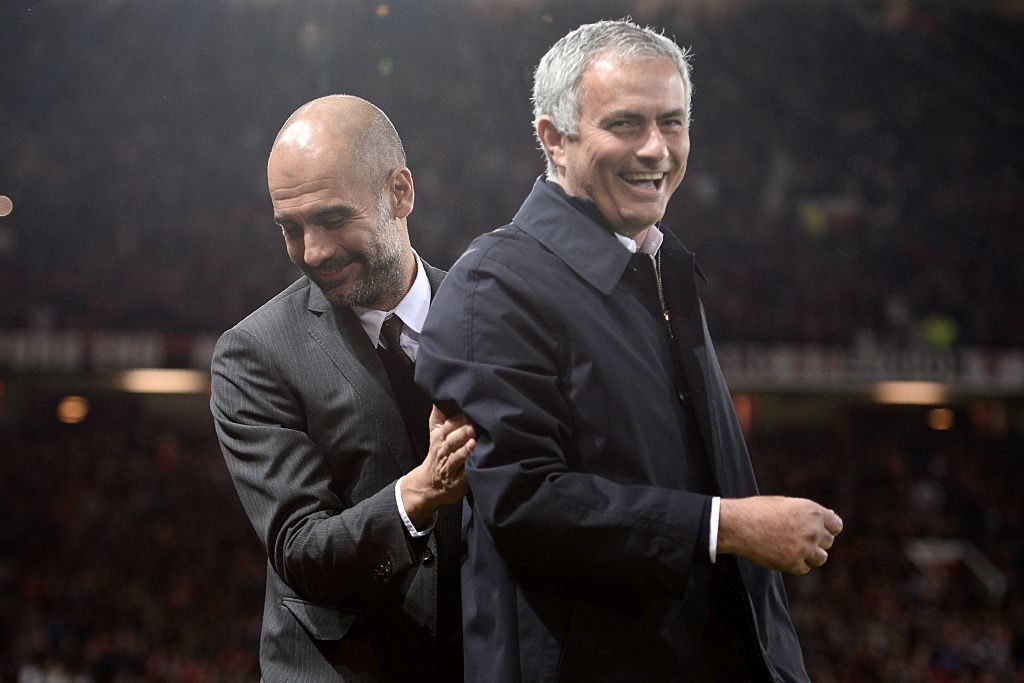 With the media’s gaze firmly fixed on Jose Mourinho’s mauling back at Stamford Bridge and his reluctance to raid his hotel mini bar, the EFL derby had more than just bragging rights at stake. Fleet Street are still fluttering their eyes towards the ‘untouchable’ Pep Guardiola, despite Wednesday’s defeat meaning he has now endured his worst ever run as a manager. The pressure was ramped up to almost do or die stakes for Mourinho. United owed us a performance after their Stamford Bridge debacle and they delivered one.

The result simply could not go the other way for Mourinho. He needed this to blunt the knives that were getting sharpened by the minute. Despite the expected mass over-reaction to that 4-0 reverse at the weekend, an overwhelming sense of calm and perspective from those with bigger fountains of footballing expertise than I drowned out the outer revellers and inner naysayers.

The majority understand that Mourinho needs time to mould this group of players into his own. He even needs time to rediscover the fire, after the worst 18 months of his illustrious career. Hell, if the previous manager was given every opportunity to bore and stifle, Mourinho deserves as much time to try and fix things.

It beggared belief that Ibrahimovic could share a chuckle after a 4-0 trouncing, equally that United showed next to no fight, character or hurt. United need that toughness and edge back. Robbo or Keano would not be all hugs and smiles at the best of times, let alone after a grand scale humiliation.

United are too nice, it’s a given that not every game can be played at the same intensity as a derby but Wednesday was the blueprint for the bare minimum the fans expect from United players. It was pleasing to see the likes of Valencia and Herrera biting into tackles, fighting for the shirt. Defeat was simply not an option in this game and that steeliness looked to have hit home.

The second-half of the league defeat to City highlighted the way United needed to set their stall out, with the visitors visibly rattled by United’s pressing from the front. To that end, it raised eyebrows that Ibrahimovic led the line, with many viewing Rashford or Martial as better central candidates to harry and run in behind.

Those opinions were somewhat vindicated, the Swede was largely ineffective and missed a guilt-edged chance to put City in the rear view mirror. He loves to remind us of his ripped physique and it would be premature to suggest this dry spell suggests Old Father Time is creeping up on him, but realistically a 35-year-old playing 3 games in 9 days? That is bound to take its toll.

A staggering stat that would have made Mourinho’s eyes leap from their sockets showed United have only claimed 1 point from 12 available without the services of Juan Mata in this season’s starting eleven. An accusation labelled at him when he wore blue was his reluctance to put the hard yards in and do the dirty work. He has found an appetite for that side of the game, memorably busting a gut to make a slide tackle out of play as City threatened to launch a counter. His wand of a left foot has never been disputed. his knack of deciding the biggest games for United fans came to the fore again on Wednesday, firing low past Willy Caballero to alleviate the pressure on Mourinho. His importance to the side has been backed up by the numbers and hopefully makes him a shoe-in for the upcoming fixtures.

Many feared the worst when Eric Bailly left London with a knee ligament injury, as much as when his replacement Marcos Rojo is named to start matches. The two month lay-off for the Ivorian was certainly better news than expected. To his credit, Rojo performed adeptly alongside Daley Blind, albeit not faced against the sterner challenge of fellow countryman Sergio Aguero.

As you know, I doubt whether Rojo has the credentials to be a consistently quality performer at the back for United but he enhanced his chances with a solid display in a big game.

Mourinho has taken the brunt of the criticism for the side’s recent slide, with the players, as has been customary in recent years, exempt from any wrongdoing. The Portuguese deserved his name approvingly ringing round Old Trafford. As Dale pinpointed in midweek, he is still trying to rediscover his old self after 18 months of overwhelming hurt and disarray. To get one over his old nemesis could do wonders for both the manager and the team.

A derby win always ensures confidence will be running through players’ veins. The fear is that naturally the players will drop down a level as, no offence to them, Burnley will not have the same meaning to the players. Some will be aghast to read that, saying players should be up for every game. Derbies mean more, it’s as simple as that. You just hope the players do not take their eyes off the ball as United are playing catch-up in the league with favourable looking fixtures to come. United need to churn out victories like a relentless machine.

Mourinho needed this victory and he helped mastermind a performance United fans will be proud of.

False dawn after false dawn has been the Manchester United theme since the glory days. Who knows what this derby win could do for this United side.

The turning point and the start of the real Mourinho’s United is the answer we are looking for.