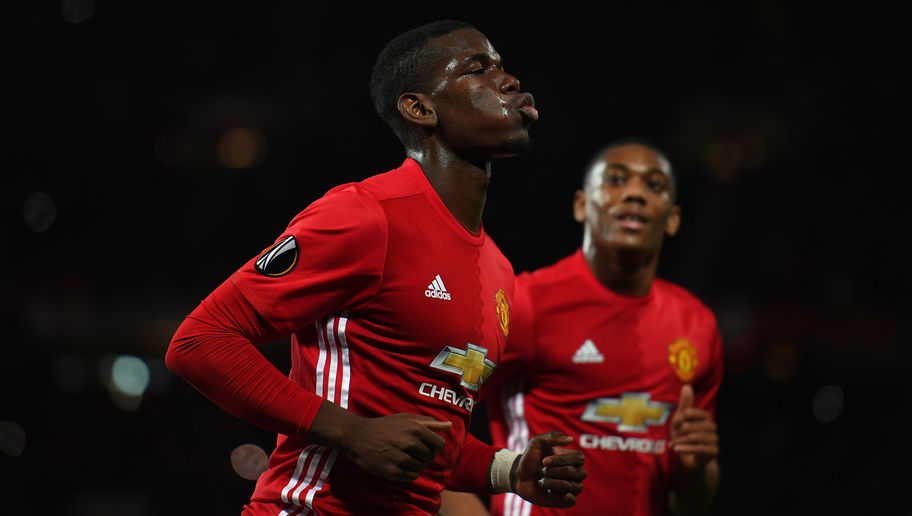 For those more accustomed to farthings and, more recently, 5p Freddos, the bottomless amounts of oil-driven, foreign backed money being thrown into football has turned the esteemed beautiful game into a more cancerous variety. Transfer fees have rocketed almost to the point of no return, they bleat. That belief rings true, but it has brought with it a permanently lingering cloud of cynicism and an unrealistic expectation those fees should automatically translate to autopilot world-class performances.

A lot has been made of the fee weighing on Paul Pogba’s shoulders, namely United’s diabolical business model and monumental financial loss to basically admit they cocked up. Football’s costliest player translates to also being the costliest mistake. But with the Frenchman looking more at home with each passing performance, who cares? He is threatening to, and will, take games by the scruff of the neck in devastating style. That is what makes the elite stand out from the rest-they decide games in a moment of brilliance. Fenerbahce discovered that to their cost on Thursday night.

Those lambasting the fact football’s finances have gone too far the other way are of the retiring sort. Thankfully, that is something Monsieur Pogba is not. He exudes a confidence bordering arrogance that is a sure fit in the red of Manchester United. It has been no coincidence that his two most destructive contributions since his move have led to 4-1 demolitions in front of an approving Old Trafford crowd.

Playing for United comes with expectations like no other, both on and off the field. Fans spoilt with trophies year in year out have found the last few years a chastening experience. We are all looking for a swift return to the good old times and a quick fix. That automatically brings pressure to Pogba, some will say for £89m you would expect him to almost personally deliver silverware to Old Trafford. United fans should just purr at the fact he is finally warming to his task, after being in the graveyard serenity of Serie A football.

Graveyard was an apt summation of the mentality United looked to adopt in the Europa League, a disdain that United simply do not belong in such a second-rate competition. There was an overwhelming view it was about time United treated the tournament with more respect, particularly in this barnstorming week and Chelsea on the horizon.

After an opening quarter of lethargy against the average Turks, United upped the ante and took control of the game in no small part down to their increased pressing higher up the pitch, something hardly attributed to recent United sides. It was noticeable that, out of possession, United were drilled to retrieve possession at speed- aided with the energetic Martial, Lingard and even Juan Mata achieving this as the attacking support to the more advanced Wayne Rooney.

Standout moments in the build-up to both penalties were the sublime passes played by Michael Carrick and Mata respectively. Carrick has been peripheral, some have argued mystifyingly this season, but he has brought a steadying influence and has released some of the midfield chains affecting others. Ander Herrera, saved for the weekend by Mourinho, has been outstanding all campaign in a new quarter-back role and is one of the first names on the sheet presently, but Carrick also enhanced his chances of more action with a collected display. The old adage of class is permanent certainly applies to our Geordie anchor.

Mourinho’s appointment was, for many, a death sentence for Mata. How wrong that was. Whether a steely determination and point to prove is spurring him on, who are we to question it? The killer ball for Martial to bear down on goal would have made the late Paul Daniels stand and applaud, it was majestic. From a seemingly inevitable farewell to a probable new contract, who’d have called it a few months ago?

The third goal was simply to die for. Credit is due for our labouring captain for winning possession with the attacking press and picking out Jesse Lingard. The latter’s touch and lay-off was quality and the finish from Pogba was an outstanding little repayment into that much debated price tag. It encapsulated everything you’d ever wish to see from a United goal- speed, incision and high quality.

That they played well within themselves, after Jesse Lingard’s great strike had threatened to see United run riot, was understandable with a far more heavyweight clash at the weekend. United took their eye off the ball somewhat in the closing stages, allowing former United hero Robin Van Persie to get a goal on his old stamping ground, almost by fate.

It was wonderful to see him back and give him a final thank you for those God-like first season efforts to almost single-handedly wrestle the title back from City and give Ferguson the prized possession of that unparalleled twentieth title.

United, at the two thirds stage of a gruelling week, have come out of it very respectably to date. Thursday will have been a big confidence booster, after some stylistic questions surrounding Monday’s point at Anfield. Chelsea is a very winnable fixture and United have the beauty of competition for places, after Carrick, Martial and Lingard all made telling contributions against Fenerbahce.

That only bodes optimism, players chomping at the bit and a firing Paul Pogba. It’s time to end the week on a big high.