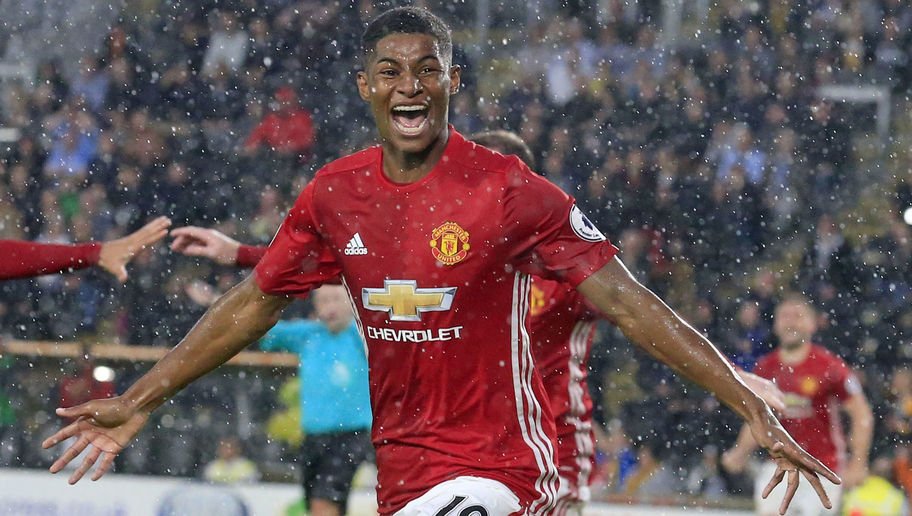 Marcus Rashford is an exceptional young talent for both club and country. Since he exploded onto the scene last February, he has made a huge impact and impression on the football world. However, both club and country seem to be now shoehorning him into the team in the wrong position.

At eighteen years of age, he still obviously has loads to learn but has shown ability and maturity well beyond his tender years. His biggest attribute is being a natural goalscorer and he has an instinct to be in the right place at the right time. Nearly all his goals in his relatively short career, have been scored between the width of the goalposts. He finds that little bit of space in a crowded area and his movement puts him positions to score goals.

The great managers over the years always say of these types of players, that they have something that cannot be coached. It’s just a natural ability to sniff out chances and finish them. Rashford has shown this ability since his debut and should be allowed to continue to do so. However, this season it seems that he is utilised out wide, where his effectiveness is wasted. Yes he has great pace and yes he is an honest lad who tracks back willingly. Both great attributes that makes him a player that does what’s asked of him for the sake of the team. But it’s not helping Rashford develop as the well rounded striker that he is surely destined to be. It’s also not helping United.

There is no doubt in my mind that Rashford should be played down the middle with Ibrahimovic. I wouldn’t get too hung up on who plays in the 9 or 10 role. Zlatan has enough experience to decide whilst out on the pitch. His aerial ability is such, that I can see him flicking the ball on for Rashford to run onto and getting beyond the back four. I can also see the scenario where Rashford plays in behind Zlatan and feed on his lay offs on the ground and gets in behind that way. Equally I can see the roles reversed and Rashford as the furthest forward and making runs into the channel to stretch defences and leaving space behind for Zlatan to exploit.

I can also see them playing alongside each other similar to the Yorke and Cole combination. We would need to get the balance right in midfield for this to work but Ander Herrera’s emergence as a ball winner and playmaker this season should help that situation. Rashford isn’t going to learn the craft of centre forward play whilst he’s playing wide and picking up the touchline paint on his boots. Instinct is one thing and ability to finish is another but he still needs to learn how to adapt to different defensive set ups.

Ibrahimovic is a world class striker and at 35, has the ultimate experience in which to help young Rashford. I also think the switch would help Zlatan greatly, fresh young legs in and around him. Both pushed up closing down keepers and teams who like to play out from the back. Another aspect to this combination would be a huge physical presence, both of them well over 6 foot tall and Rashford filling out month by month. We have been here before with Danny Wellbeck. Whilst he never had the natural finishing instinct of Rashford, he was switched wide at an early age and never learnt the art of centre forward play.

Now is the time for Rashford to be switched into a central role before that instinct leaves him. No defence would relish the prospect of his pace and the guile of Zlatan in and around their penalty area. I’m itching to see it happen and give United so much more threat. I am convinced that Marcus Rashford is a 20 goal a season striker just waiting for the chance to prove it.