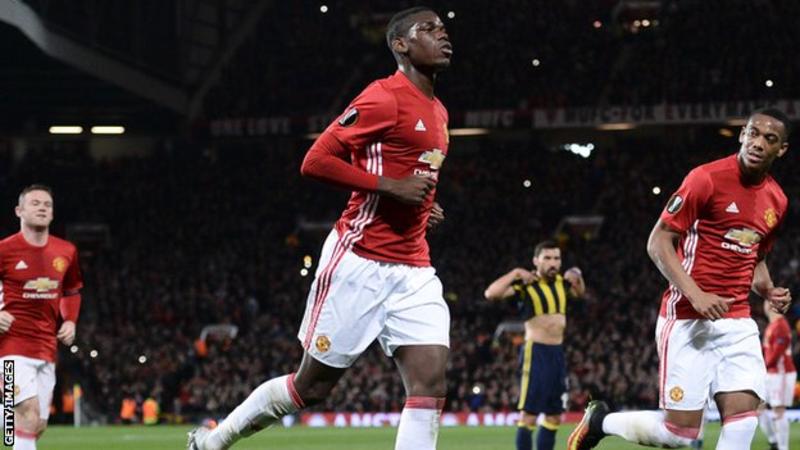 Paul Pogba will claim the headlines – along with the return of Robin Van Persie – and in many ways deservedly so. He was excellent and scored two goals, one of which was superb.  However, Michael Carrick’s performance is worth highlighting for being brilliant in that Michael Carrick way. At times, you didn’t even notice how bloody brilliant he was.  I felt, last season, that the Geordie veteran was past it.  Struggling to stay the pace in games many times over last season before dropping out of the team altogether.  His return to the team against Fenerbahce served the fans a revitalized Carrick.  He delivered on his remit superbly: Screening the defence and using his passing and intelligence to set the tempo of proceedings.

Well into to his mid-thirties and with a series of nagging injuries, Carrick will not be able to perform at this level every week. Used wisely and thriftily though, and with a much stronger midfield and defence around him, he can still have a big part to play for United this season, proving me wrong.  Having younger and more athletic companions alongside him, such as Herrera, will allow him to orchestrate the play.  This three man midfield could be a goer if given the opportunity. Just for those of you who think I’m a miserable arse who always likes being right.

I wrote a rather scathing evaluation of United’s performance against Liverpool on Monday night. Many disagreed, taking pleasure in watching United produce borderline, nihilistic anti-football after a promising opening fifteen minutes. Last night, though, offered us a more optimistic and progressive way forward. United built on the opening salvo of furious, off-the-ball pressing in the opposition third, to create clear cut opportunities. This is how United should be playing with the talent available to them.

Yes, the first two goals were penalties but the fouls that conceded them merely stopped clear cut chances anyway.  They were the last ditch efforts of a back-line stretched this way and that.  The interlinking and exchange of passes that paved the way for Pogba’s stunner and Lindgard’s belter were but two examples of enterprising play from the home team.

Yes, Fenerbache are generally a car wreck away from home but Zorya Luhansk – the bottom team in United’s group – are simply worse and United laboured en route to defeating them. Stoke and Watford are not exactly Real Madrid and we failed to beat either.  This was an improvement. United demonstrated the flair and purpose we know the players are eminently capable of. Jose Mourinho may think being ultra-pragmatic as he was on Monday, and likely will be again this weekend, is necessary, but in doing so, he sells his players short.

The Ballad of Henrikh Mhkitaryan

Some may consider it alarmist and overly-negative to write off Henrikh Mhkitaryan already but the signs so far for the Armenian are not promising. So far “Mhki” has a few cameos from the bench and a disappointing full debut in a Manchester Derby to show for his summer move to Old Trafford. Since that derby, he has seemingly disappeared. The official line is injury and “lack of match sharpness,” but Mourinho’s reasons for dropping Mhki have been Drumpf-like in their nonsensical vagueness.  Whatever the reason, it felt strange to see him in the VIP box, instead of in the team.

At Dortmund and Shakhtar Donetsk, Mhki demonstrated himself to be one of the most talented attacking midfielders in Europe and the archetypal modern playmaker. Despite all this, and a full pre-season behind him, it appears he has slipped down the pecking order to good, but largely inferior footballers.

There is a suspicion creeping in that his manager simply doesn’t fancy him and is now plagued with buyer’s remorse.  We all remember Shinji Kagawa.