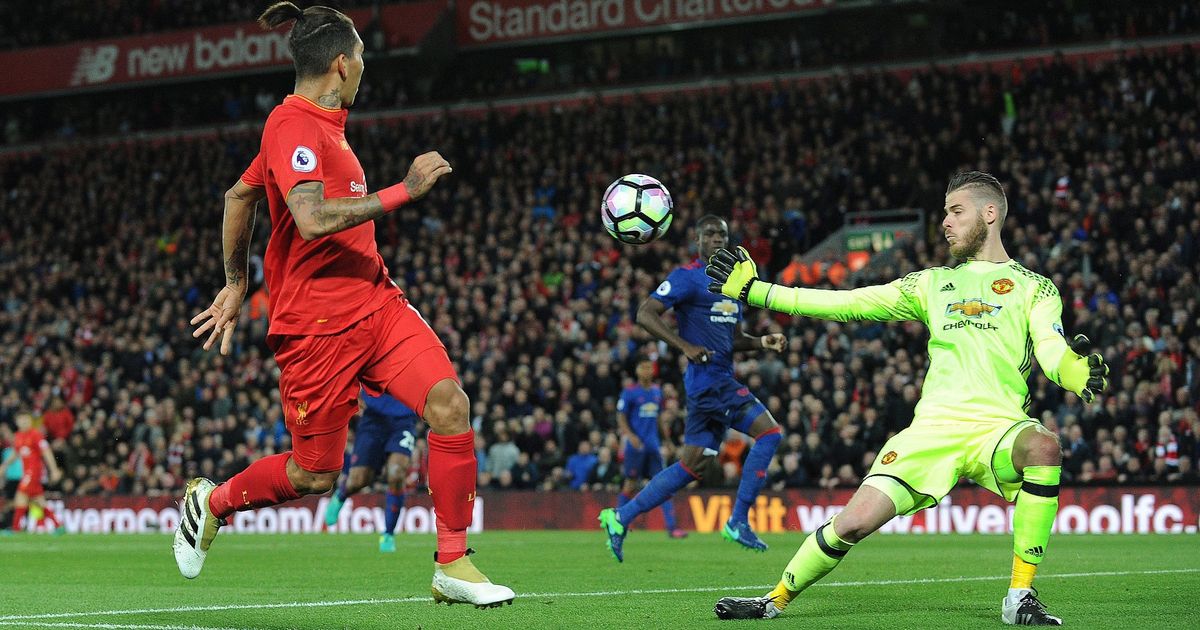 United appear to be pleased with Monday night’s 0-0 draw. They shouldn’t be.

There seems to be a smug sense of satisfaction among United fans and those within the club in the aftermath of the dour Monday night football at Anfield. It is understandable, United were written off by all and sundry in the pre-match build and quite a few – although not all – Liverpool fans were already swaggering about before a ball had been kicked. Liverpool had started the season well playing thrilling football. United had stuttered their way through the early part of the season taking just four points from the previous four games.

None of us should have been surprised about what took place next. The scene was set for Jose Mourinho to do what Jose Mourinho always does at Anfield: Piss on everybody’s chips. I predicted Mourinho would adopt a disruptive, physical approach, despite Liverpool not having Georgino Wijnaldum or Adam Lallana available to start. He did exactly that.

0 goals. 1 short on target. 1 corner. 35% possession. 20 fouls. 1 Marouane Fellaini. 1 Ashley Young. Mourinho and United made damn sure no football took place whatsoever! David M***s and Louis Van Gaal would have been pilloried and ridiculed by the fans for such a negative modus operandi. For allowing themselves to have dropped enough points already they came into a big game daring not to lose and playing for a goalless draw. But this is Jose, so he gets a pass.

Of course, things did not start so badly. For the first fifteen minutes United pressed high up the field to stop Liverpool setting the tempo. It was a sensible strategy; take the sting of Liverpool to take control of the match and the crowd. The stage was set for United to press home that advantage and create chances. To score goals. It never happened.

United continued to be defensive. To play football without the ball. The discipline was to be admired but beyond that it was so cynical it bordered on wilful nihilism. Jorge Valdano hated the 2005 Champions League tie between Liverpool and Chelsea. Had he saw this, he would have likely stroked out in a state of rage-fuelled anxiety.

Paul Pogba, the most expensive player in history. A man, who in full flight, is a magnificent attacking midfielder, combining pace, power and terrific technique. A man bought to build the new United around was, for the greater good, reduced to the role on a rugby union openside flanker. Charging forward with red shirts hanging off him with no help from his teammates to get a little closer to the gainline. You would be right to say Pogba had a dreadful game but was he ever allowed to have a good one?

Man of the match Ander Herrera, a man tutored on the game by the likes of mad professor Marcelo Bielsa, was made to play the role of Gennaro Gattuso. Snapping, snarling and sniping for ninety minutes. Fine match he had, but should the shackles have not been cut loose against a pedestrian Liverpool midfield shorn of the talents of Lallana or Wijnaldum? He wasn’t up against Lothar Matthias, Andres Iniesta and Andrea Pirlo. This was James Milner, Jordan Henderson and Emre Can!

Superstar Zlatan did have a poor game but was offered little support or service and Marcus Rashford was left to do the attacking flair stuff of the entire team. Far too much to ask of a callow teenager in a big match. When his number came up for the perpetual dynamism of Wayne Rooney the thought in his head must have been; “Thanks boss. Thanks a lot!” Followed by a laugh so sarcastic it would have pricked up the ears of the entire Private Eye editorial team.

There will be those of you who argue that we should be happy we got a point at Anfield. It was a positive result and we did what we had to do. That it was a fascinating battle at the top of the table. Blah, blah bloody blah. The entertainment was bad. The quality was worse. Don’t try and serve me shit and tell me its sugar! Fellaini and Young shouldn’t be considered big game United players and Pogba is not a battering ram.

Can we honestly say we’re going to be happy with three years of what we saw last night? It was like football written by Machiavelli and at this point Manchester United must aspire to something better.

The fears some of us had about Mourinho were shown to be well founded last night. Mourinho may win things but the price is an ultra-cynical pragmatism.