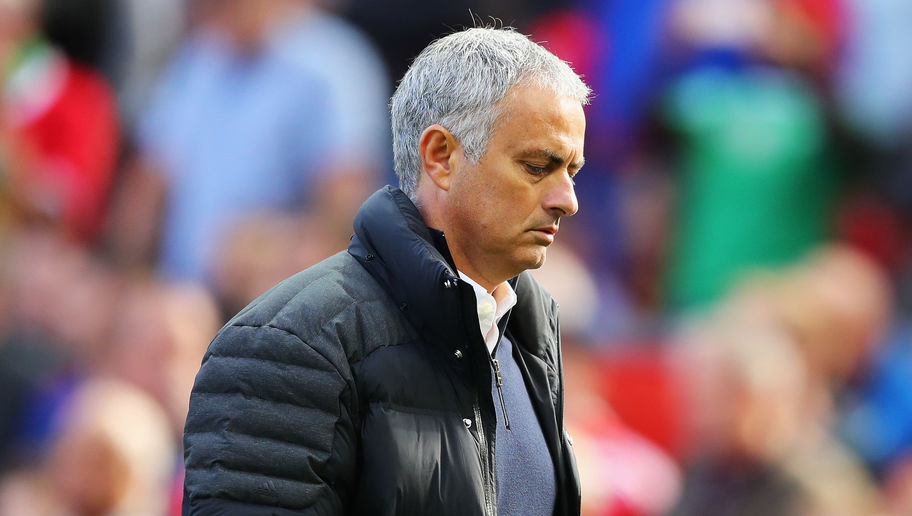 In my last rambling, I pleaded with United to emerge from the countless false dawns encountered in the post-Ferguson era and to show some consistency in churning out win after win in true, historic Mourinho style. Alas, another setback.

Perhaps I should have adopted a greater sense of realism, after the mediocrity produced against Ukrainian minnows Zorya Luhansk. Domestically, at least, United had just put the reigning champions to the sword, Old Trafford was buzzing and it felt like the day it all fell into place for Mourinho’s men. I expected us, surely on a crest of a wave, to continue building that momentum and put in another box office showing before the international break.  Particularly when the hellish looking set of fixtures loom large upon return.

The intensity shown against Leicester, who set up a bit more freer than Mark Hughes’ Stoke City, was lacking and United were missing pace in their attacks. Some of you will think that sounds absurd when United recorded twenty-odd shots and dominated possession but the only bit of cutting edge and injection came from Marcus Rashford and Anthony Martial.  It is no coincidence that they are also United’s quickest attacking options. One-way traffic statistically looks good, but for Stoke on Sunday, they could just let United play in front of them with two banks of four and defend the box. The Potters may have incorporated more of a passing game over his reign, but Sparky was happy for them to be more pragmatic.  The fast, intricate passing demonstrated against Leicester was replaced by a more probing, wait for a moment style and that played into Stoke’s hands.

Of course, it would have been a completely different ball game had Zlatan stuck away his first minute chance, one he gobbles up in his sleep, and would class as one of the easier ones. People have given the plaudits to Lee Grant for denying the Swede, but let’s face it, he shouldn’t have been given the chance to save it. Paul Pogba’s misses were barely explicable given the positions he found himself in. United’s two stellar and undoubtedly world class summer signings cannot be absolved of blame in being the main culprits of missing guilt edged opportunities.

If United are to stay in the title race, having got a reprieve with City’s loss to Spurs, they really need to rediscover that killer instinct in front of goal. They were punished for not making the most of having their foot on Stoke’s throat for the duration. Many will say United didn’t deserve their 1-1 ‘defeat’, harsh truth is if you don’t take your numerous opportunities, and twenty-odd shots certainly is, you leave yourself open to that sucker punch. I left the ground on Sunday thoroughly peeved as Stoke came for a point and somehow got it. It’s alright saying ‘on another day, we’d have scored six’,  but we weren’t clinical or ruthless on the day it mattered. Stoke had been spanked left, right and centre all season and they came away from Old Trafford jubilant. It should have been so much more different on Sunday.

That a scruffy, frankly horrible, equaliser came from uncharacteristic errors from the usually consistent Daley Blind and David De Gea added to the waves of frustration. These two have set very high standards especially in their last couple of years at United and are only human but the Dutchman’s shank out of play under no pressure and the Spaniard’s rare indecision contributed to the shambles of Stoke’s goal. They will indisputably respond for the better, as they are quality footballers and measures of consistency.

Paul Pogba has, on the whole, been exempt from the venting of Mancunian spleen coming his way since his big money return. Wayne Rooney was seen as the Frenchman’s chief inhibitor earlier in the season. He found his mojo once the captain was exiled to the bench, stealing the show in devastating fashion against Leicester. They did not know what had hit them. The Pognado, and United for that matter, were relentless. It was no coincidence and full justification of the big bucks invested in him.

He may possess an unswerving confidence in his ability that comes au naturel with the costliest footballer to ever walk the earth, but Pogba is believing his own hype and the cringeworthy eulogising that Adidas have bestowed on his Gallic shoulders. He is attempting to justify that price tag with each audacious flick and showboat, rather than nailing the simpler aspects of the game, and allowing his positive contributions to sensibly build up. United fans love showmen and Pogba fits that billing, he just needs to do it in the right areas. Paul Scholes made a living from burying the chances that Pogba spurned in the Stoke game, and the Frenchman stood out like a sore thumb in United’s profligacy.

Marcus Rashford had his worst game yet in a United shirt but, to his credit, he was one of a select few who actually looked to provide United with some impetus. Stoke were particularly wary of the fleet-footed teen, who was always looking to try and inject a spark, predominantly his incisive runs from out to in. Even though it wasn’t really coming off for him, he didn’t shy away which is a gauge of character. He plays with no fear and is a breath of fresh air. Truth be told, he was probably due an off game as all teenagers making their way have ups and downs. The Wythenshawe wonder will be chomping at the bit to get at Liverpool and Chelsea though.

As will Anthony Martial. The Frenchman looked like he had found the tonic to United’s frustrations with a wonderful replica of the goal scored against the same opponents earlier in the year. It ended a ten game barren spell and will hopefully give his season the take off it needed. United did not utilise him often enough on Sunday, with the stats showing Memphis was fed more when he came on to the pitch. A confident and vibrant Martial gives us more pace and threat going forward, not a bad weapon to have up our sleeve.

We need to show our mettle for the rest of this month, brutal away games at Anfield and Stamford Bridge in the league, Fenerbahce and City in the Europa League and EFL Cup. It’s a hell of a month. A similar run of games in 2015, under Van Gaal, was actually the last time the reds won four in a row.  It exacerbated Sunday’s result as that was a game we ought to have won with what is to come. If United were more predatory, we would only be sitting two points off City so, depending on your outlook, United were perceived to have got out of jail of sorts at the weekend.

I, on the other hand, saw it as a glaring opportunity to build momentum and apply pressure wasted. The next two games will go a long way to determining whether United will be in the title hunt for much longer.

Lessons need to be learnt and fast.