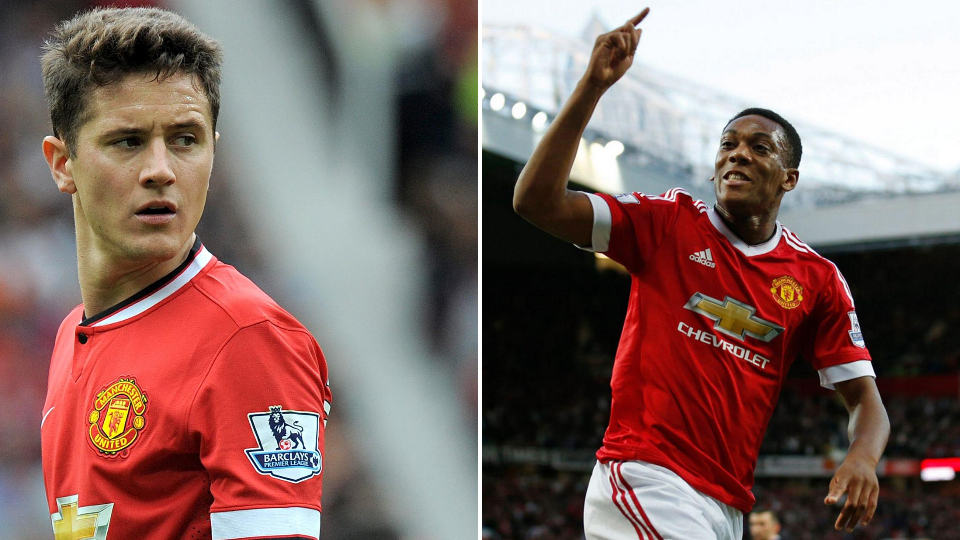 The most obvious old adage which can be applied to Manchester United’s disappointing one-goal draw with Stoke at Old Trafford is in football you have to take your chances. United certainly had chances in abundance, especially in the first half. The most enticing came in the opening minutes, when Zlatan Ibrahimović split the Potters defense to break in cleanly on Lee Grant, deputizing for Jack Butland. Grant, however, came up with the first of many saves which earned him Man of the Match honors. He would be there again, backpedaling furiously before leaping to palm an audacious Juan Mata chip over the bar, then yet again to react to Jesse Lingard’s close-in volley, parrying it just beyond the near post. In all, the thirty-something Grant, closing in on five hundred professional appearances but making his first in the Theater of Dreams, would make eight saves. Many came in a desperate first-half, possibly inducing United’s snipers into repeatedly attempting to hit too fine a target. Paul Pogba would whiz a long shot just over the bar once in each half, while both Ander Herrera and Ibra would send low volleys narrowly wide to either side of a diving Grant in the second. That left Anthony Martial’s late goal to hold up against a Stoke side which had been far more positive after the break. Of course, with United having not taken so many chances, it did not. David de Gea uncharacteristically failed to gather in a fairly tame shot, and Joe Allen took what was virtually Stoke’s only chance to level proceedings. For all that, the adage which struck me in regards to United’s play was old habits die hard.

Those old habits were most noticeable in Herrera and Martial, in the Frenchman’s case for the best, but for the worst as it pertained to the Basque. Good and bad in equal measure coupled with solving the opposition goaltender just the once while conceding one would suggest the result was a deserved one for United. José Mourinho’s permanent scowl from the moment he exited the clubhouse hinted either his coaching staff were less than prepared for the second successive match, not a quality Mou desires in the old habits category, or he somehow foresaw the disappointment ahead. In order to rejuvenate his side’s flagging fortunes, the Portuguese might wish to consider an attitude adjustment. It’s definitely old school, but the Special One could take some advice from late crooner Bing Crosby: “Accentuate the positive, eliminate the negative, latch onto the affirmative, and forget about Mr In Between.” Then again, a constantly smiling José might have people googling “signs of the apocalypse.”

Ander Herrera certainly needs to eliminate his game’s negative aspects. which have inexplicably reared their ugly head once more. Perhaps frustrated with having to deal with repeated elbows courtesy Wilfried Bony and Marko Arnautović, the emotional former Athletic Bilbao mid revisited his proclivities for simulating and making late, rash challenges, including a high-stepped lunge culminating in his cleats leaving an imprint on the inside of Joe Allen’s left knee. Lee Mason subsequently made his own imprint, in his matchbook, after showing Herrera a yellow card. In the BT Sport broadcast booth, one of Northern Loudmouth’s favorite places, Owen Hargreaves supported the decision as a former midfielder, empathizing “sometimes you arrive late, and your studs get up.” Howard Webb disagreed, noting more often than sometimes such an aggression is a clear red card. So much for being in Fergie’s pocket, I suppose, but it’s difficult to disagree with a straight face. Herrera was lucky not to be sent off.

On the other side of the coin, Anthony Martial came on late, with Wayne Rooney, in a double swap for Herrera and Juan Mata, then promptly re-established his goal-scoring credentials. Old habits are something Wayne Rooney would like to rediscover or invent anew. Being in the right place at the right time as United’s new super sub seems to be his first attempt. Entering around the hour mark for the second successive game, he popped up in the box (for the second straight game) to muff a difficult ball which happily fell to another well-positioned teammate (for the second straight game). This time, it was Martial rather than Zlatan, the ball caromed off Wazza’s toe instead of his knee, and the young Frenchman smashed a volley inside the near post rather than bouncing a header into the same locale. The displaced captain suddenly has a new retort for his many detractors, in the form of another old adage: better to be lucky than good.

Rumors have been circulating, and when it’s the Sun reporting that’s all you can call them, inferring Martial’s early-season dip in form results from living his own personal Brangelina saga. Apparently, the not-quite-twenty-one-year-old has separated from his childhood sweetheart and baby mama in order to take up with a new love interest, and the ex’s aggressive social-networking PR assault has been stressing him. When he’s trying to make his mark at George Best’s old club, it’s probably unfair to criticize an inexperienced young man’s personal choices, but here’s hoping Martial’s goal not only proves he’s sorted out his professional life, but his personal one, as well. As great as Bestie was, his old habits aren’t advisable for a young footballer to emulate. Living well is great. Dying hard, not so much.

Meanwhile, United have another international break in which to regroup, regain momentum, but hopefully, especially with some difficult tests against Liverpool, Fenerbache and the noisy neighbors to come, this time sustain.