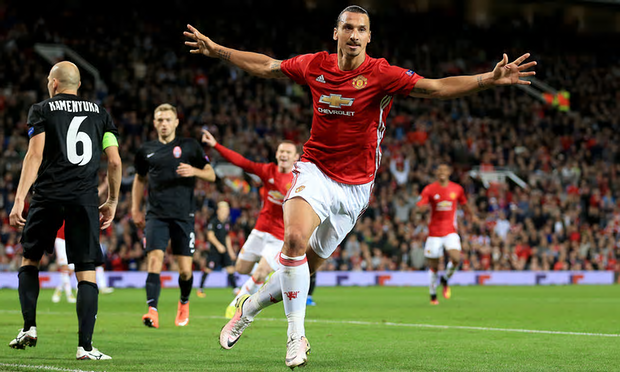 United could struggle to escape the group

Mourinho’s thinly veiled contempt for the Europa League continues to affect United’s performances so far. Last night may have yielded three points but in the context of the opposition and home advantage United produced a display little better than what they delivered in Rotterdam a fortnight ago. If a boxer attempted to telegraph his punches at the ponderous pace United played their football, they would be rendered a bloody, unconscious heap within 30 seconds. On paper, this group draw looked easy but United already have a defeat to their name and awkward trips to Turkey and Ukraine to come. If Mourinho and his players think they can sleepwalk their way through this group, they will be given a rude and humiliating awakening.

This is hardly a revelation to anybody with eyes. Nevertheless against opposition with the (lack of) quality of European novices, from the Ukrainian Premier League, on home turf, Marouane Fellaini’s display was the absolute pits. Everything the £27 million midfielder did was so crushingly predictable.

The best teams have players who need no more than two touches of the ball at a time. That includes defensive players. The purpose is to be able to shift the ball quickly and create openings in the final third. Fellaini constantly needs three, four or five touches at a stately pace to do something very simple. It’s like watching bowls with commentary from David Dimbleby. Worse still, he seems to drag Paul Pogba down with him, who plays loose passes in vein attempts to up the tempo in contrast to his leaden-footed teammate. Fellaini is an instinctive player who relies on brute force and little else in attacking areas. If United want to be successful, the big Belgian has to drop out, permanently.

BT Sport needs to up their game

It says plenty for how terrible this match was that post-match analysis has been reduced to talking about broadcasting but here we are. BT Sport’s coverage hardly made the match any less of a tedious, frustrating ordeal. One phrase could superbly sum up BT’s coverage of the English teams – as the domestic European leagues get all the clever and interesting people – is, “Lads on tour.” Fletch and Sav spouting garbage from the commentary box, no more so than the goal, where Savage was effusive of his praise for Rooney’s assist, a scuffed shot, and critical of Fosu-Mensah’s perfectly good cross. All, of course the continuation of the television media still pretending Rooney – who did little else before or after the goal – is Juan Riquelme in his pomp.

It got little better back in the studio where we were treated to the dubious pleasure of Michael Owen and Paul Scholes. Both men spent many years playing at the top level under the game’s great managers and yet seem to know nothing about football at all. Cliché after cliché and a few choice soundbites were thrown out to poorly conceal the fact neither of them had done any research whatsoever in a sea of mind-numbing waffle. If BT want to really take the fight to Sky in the long-run, they would be better handing over post-match analysis to a flock of boisterous Ravens. The winged mediators to the spirit world would still produce more interesting squawks than BT Sport’s lads on tour. 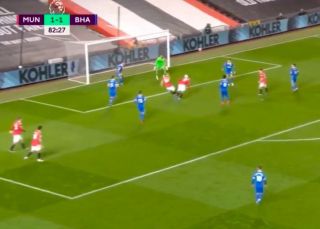