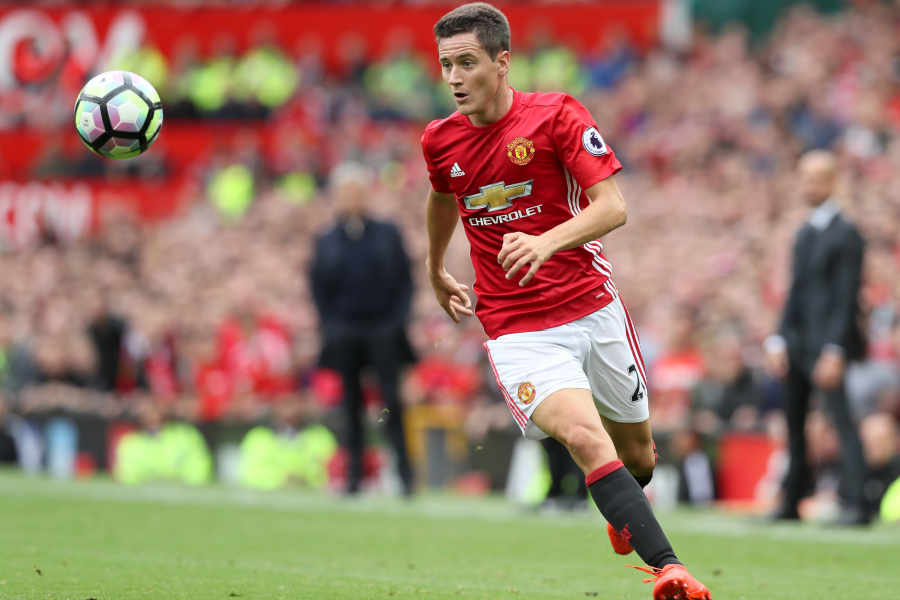 With the hype of Manchester United’s emphatic victory over Leicester subsiding, it’s time to look at the team through a realistic lens. Much has been said of Pogba’s brilliance on Saturday: his discipline, the range of passing, tricks and flicks he displayed but most importantly, it was the way he controlled the match. Similar words were echoed about Daley Blind’s intelligence. Throughout the game, he used his brain to compensate for playing against those quicker than him and created opportune chances bombarding down the left-hand side. Mata’s ability in the No.10 role was outstanding and many lauded him as the true Man of the Match; a clear indicator that he should start in that position more often. He linked up play quickly, freeing Ibra and Pogba to truly dominate the game and showcase their skills.

But, there was one player who controlled the game and selflessly allowed others to steal the headlines. He was the true metronome of the team. Alongside Pogba, Ander Herrera performed the underrated, understated role that may establish him as a regular in Mourinho’s team this season. Akin to Busquets’ position at Barcelona or Xabi Alonso at Bayern, or Modric during Mourinho’s Madrid reign, Herrera was instrumental to United’s success on Saturday.

With Fellaini on the bench, the responsibility of partnering Pogba, and thus allowing him to dominate while playing a supporting role fell to the former Athletico Bilbao player. He wasn’t content on playing second fiddle, though. The Spaniard was the conductor of the orchestrated waves of attack that broke down Leicester within forty-five minutes. Dropping deep, sometimes in-between the two centre-backs to pick up the ball was reminiscent of Busquets. The way he covered the defence while interlinking the midfield with the defence was immaculate.

Herrera’s passing range was only second to Carrick in his pomp. He burst forward when necessary and the intuitive understanding he has with fellow Spaniard, Mata, definitely helped. The two of them combined multiple times across the pitch, finding pockets of space that allowed the likes of Rashford, Pogba and Ibrahimovic to threaten the goal.

Defensively, he remained solid. Busquets plays a similar role for Spain and Barcelona, in that he’s the third centre-back when a full-back or the wing-backs push up. This allowed United width on the pitch while comfortable in the knowledge they had enough men providing cover. Pogba was also allowed to roam and dictate the tempo because he had someone next to him whose feet were quick. The deft interchanges the Frenchman exchanged with Herrera would never be possible with Fellaini.

Mourinho may still be tinkering with his squad but Herrera’s performance against Northampton, the second-half of the Derby and now Saturday’s game is enough to establish him as a regular. He was understated, did his job with aplomb and never put a foot out of line. After being used sparingly by van Gaal, this may be the most opportune time for Herrera. Despite what the pro-Carrick contingent may spout, Ander Herrera is best utilised in that position. At 27, he’s got his future ahead of him and Carrick, 35, can show him the ropes in what will, inevitably, be his final season at the club. Ander Herrera would be hitting his peak just when United require someone to stabilise the midfield quietly while Pogba romps around, creating havoc and destroying defences.