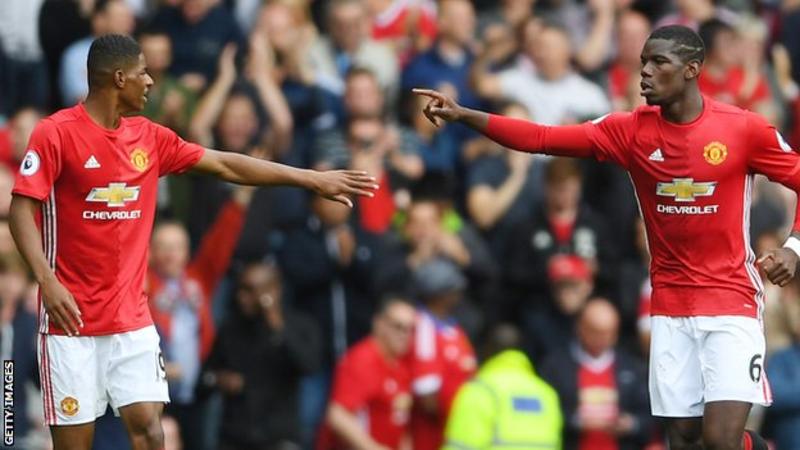 This was a great fun but United are still yet to find consistency.

It doesn’t matter whether it was Leicester City. After back-to-back league defeats, the champions came to town, and United gave them a damn good hiding. Albeit that hiding was only for half an hour in the first half, when Leicester fell apart and forgot how to mark or head the ball, but United still produced some fabulous football. It was far from perfect. For the first fifteen minutes United lacked any structure whatsoever. Every outfield player was charging about everywhere like schoolyard football. Leicester looked the more incisive and organised side. Then Marvelous Mike Smalling opened the floodgates and United fans remembered happiness again. United understandably slacked off considerably in the second half, and had particular trouble with Demarai Gray who lashed in one of the best goals you’re likely to see all season. This was probably United’s best performance of the season so far; though they are still to put together a strong ninety-minutes.

Herrera is vital to United’s future.

All the talk was about how United played without Rooney, but far more important was how United played WITH the adorable Ander Herrera. He is not a perfect midfielder by any means, but he is very good and tends to be at the root of good United performances. Herrera’s aggression, technical prowess, and intelligence allow United to play at a higher tempo. His passing in the first half was sublime. His speed of thought seemed to lift Paul Pogba’s spirits. The Frenchman produced a tremendous display from midfield himself. Moreover, it was lovely to see the Mata-Herrera partnership reunited. The two have a wonderful, instinctive understanding. United’s best spell in the Post-Ferguson era, during Van Gaal’s first season, featured those two heavily. Their beautiful link-up play was pure filth at the time, and any of us with taste should appreciate these two doing some fine work.

Pogba and Zlatan, I suspect, will steal the plaudits due to the sheer force of personality, and yes, they were both superb. However, it was handsome folk singer Daley Blind, the man of a thousand positions who outshone everybody today. The Dutchman’s corner taking was so good it made us all wonder why the hell he hadn’t been taking corners earlier. Until we remembered its because Wayne Rooney wasn’t there to shank them over to the other corner flag or hit the first man. Blind’s passing from open play was also excellent, as it always is, pinging several sumptuous balls down the left hand side. All this while barely breaking a sweat to help keep Leicester’s speedy wide players at bay. This is no long term solution of course. With Luke Shaw in the squad, Mourinho should seriously consider placing Blind as the anchorman of a three-man midfield. Nonetheless, Blind’s quick thinking, game management and versatility means he will always be a valuable asset to the team.