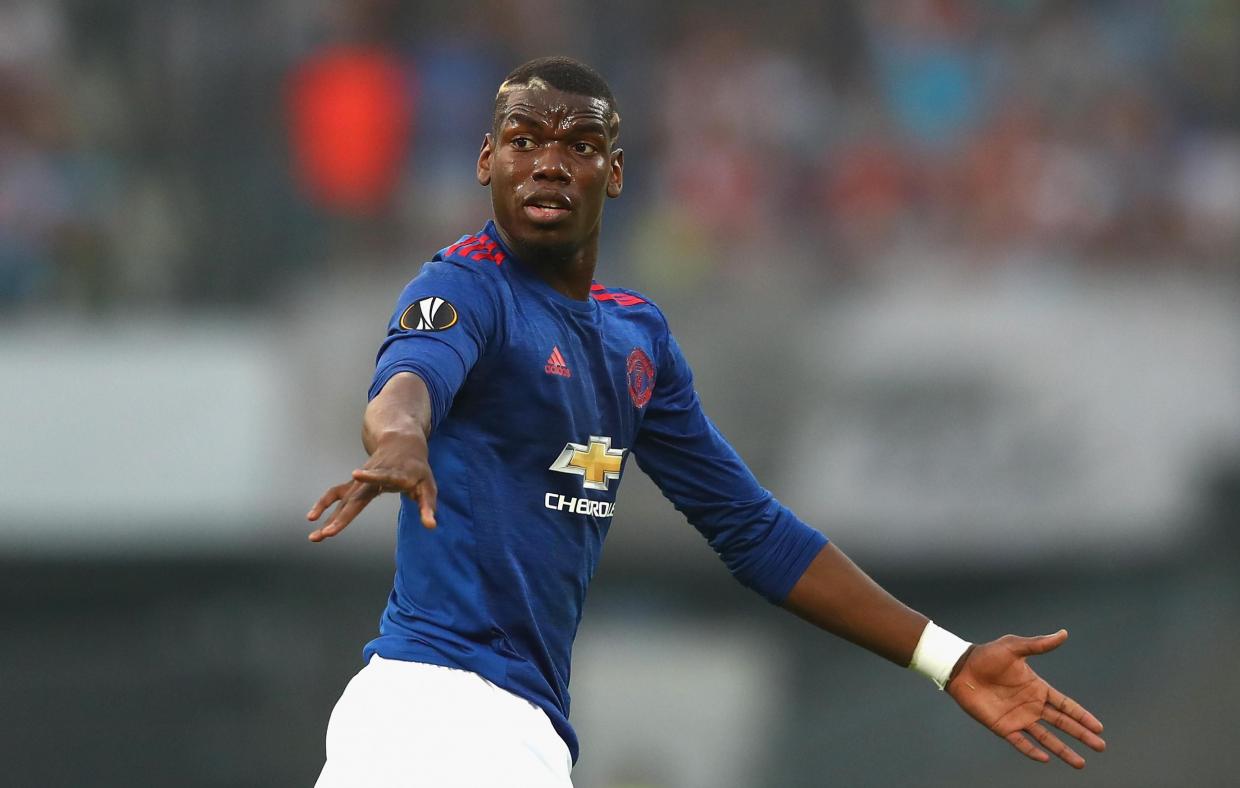 Jose Mourinho’s mid-September travails were given some much needed respite with their lose-lose EFL Cup victory against Northampton ending a grim spell of three straight defeats.

United’s midfield triumvirate in those abysmal showings against City, Feyenoord and Watford was broken up at Sixfields, with Paul Pogba given the night off, the maligned captain aiming for a reprieve from the naysayers up front and Marouane Fellaini on back-up duty should the banana skin be too hazardous a prospect.

Morgan Schneiderlin and Michael Carrick came in from the cold to shield the defence, with Ander Herrera tasked with providing additional support to Wayne Rooney, an increasingly gargantuan task. The latter two, with Schneiderlin comparatively struggling to excel, passed their auditions to give Mourinho his Holy Grail- balance in midfield. This is obviously referring to the shape to bring the best out of Paul Pogba, who has been majorly inhibited alongside the midfield treacle of Fellaini and Rooney.

Fellaini, despite his admirable battling qualities and improved form, can hardly be classed as a key cog in United’s midfield. Essentially, the Belgian has been asked to replicate the role Carrick has made his own- breaking up play and playing simple passes to keep United ticking. He is not a patch on the Geordie anchorman in that respect.

Rooney continues to polarise opinion, even among my fellow Stretty News contributors. Nothing is coming off for him, and hasn’t for a good while in all honesty. He looks an old man in a young man’s game. Before the season started, Mourinho was fervent in his declaration that we would not see Rooney as a No.4, like he was utilised in the dying embers of Van Gaal’s reign. Yet Rooney is still seeking the sanctuary of coming deeper and is upsetting the balance and structure this United side is striving for.

Mourinho has catered to the captain’s needs and wants. Senseless, isn’t it? You would not make a battered and worn out Lada the centrepiece of your car dealership when you have a comparable Ferrari to show off. Pogba is the prized set of wheels that needs to be maximised rather than Rooney’s punctured trundlers.

Before I cobbled together my own musings on United’s midfield conundrum, I got the views of the chief, Dale O’Donnell and our very own Northern Loudmouth:

Dale: The signing of Pogba has strengthened personnel but it has not looked that way thus far. Part of the reason for that is Mourinho’s decision to shoehorn Rooney into midfield roles when he is quite clearly not capable of fulfilling that. I still think signings are needed but in my opinion the best solution is 4-3-3 with Pogba on the left, accompanied with Carrick and Herrera. Then we should see more disciple, clever balls played into Ibrahimovic with intensity. We are lacking all of those attributes right now.

Loudmouth: There is an old adage in football that nothing moves faster than the ball. You can throw the brain into that equation too. United’s problem isn’t just the lack of running pace, it’s the inability to play at a high tempo. Herrera has to be a cert in any midfield line-up. He is inventive, intelligent and technically sound. He can also sit in with United’s deep lying midfielders to allow Pogba to burst forward, create and finish as he did at Juventus. I am going for Schneiderlin as the screener, with Herrera and Pogba completing my midfield three.

I am inclined to agree with Dale. Carrick’s reading of the game is immaculate, he has the picture processed way before any other midfield option at our disposal. He is not blessed with legs, but never has been. His forte is providing an effective defensive screen and starting attacks with his vast array of passing.

Fellaini’s upturn in form has been encouraging but, no offence to him, he is not going to kill teams with an eye of the needle pass. With the likes of Rashford and Martial providing serious pace, Carrick has the range to pick them out to give United’s transition from back to front that much more dynamism. Fellaini will be a useful squad player through the season, but Carrick’s speed of mind, ability to put out fires and top class distribution all trump Fellaini’s effectiveness in that position.

With Carrick’s inclusion in the quest for balance, he will need bundles of energy and legs in front of him. Like my two SN editors, Herrera makes my ideal line-up too. He caught United’s eye for his part in Bilbao’s high octane pressing game at Old Trafford in 2011-12. He can undoubtedly provide that urgency to Mourinho’s midfield, he made a difference in the derby and at Sixfields in adding a spark. Herrera is a favourite of ours due to his ability to quicken the tempo with sharp one/two touch passing and buzzing around the park, snapping into tackles to retrieve possession.

Pogba thrived at Juventus around experienced bodies as part of a three man midfield and Carrick’s reliability in shielding the defence will enable the Frenchman the licence to entertain and create damage further up the pitch. Pogba has been dropping deeper and deeper where his effectiveness is hindered. We saw in the Euros, particularly in the final, that playing deep does not bring the best out of him. He flourished with the outstanding N’Golo Kante and indefatigable Blaise Matuidi alongside him.

An effective anchorman and a Duracell bunny are certainly not descriptions that fit Fellaini and Rooney at United. The more suitable candidates for those roles are Carrick and Herrera. They demonstrated their class in the EFL Cup and have given Mourinho serious food for thought that they can be key components in finding the answer to our biggest Achilles Heel of the season. They are surely shoe-ins to start against Leicester. It remains to be seen whether Mourinho upholds his reputation for making ruthless decisions and making his biggest call as United manager to date and drops his captain.

Herrera and Carrick have shown they can potentially get the best out of Paul Pogba, which would go a long way to getting our Premier League fortunes back on track.